Established in 1868, Temple B'nai Israel is the state's oldest Reform Jewish congregation and second oldest congregation (the oldest is Temple Beth Israel in Houston, founded in 1854). The congregation is a vibrant community, offering a religious school and various religious, community engagement, and cultural programs for members of all ages. The congregation's first temple, a Norman Gothic-style building constructed in 1870, is a Texas Historic Landmark. The congregation moved to its current location in 1954.

Temple B'nai Israel was founded in 1868, making it the oldest Reform Jewish congregation in Texas. 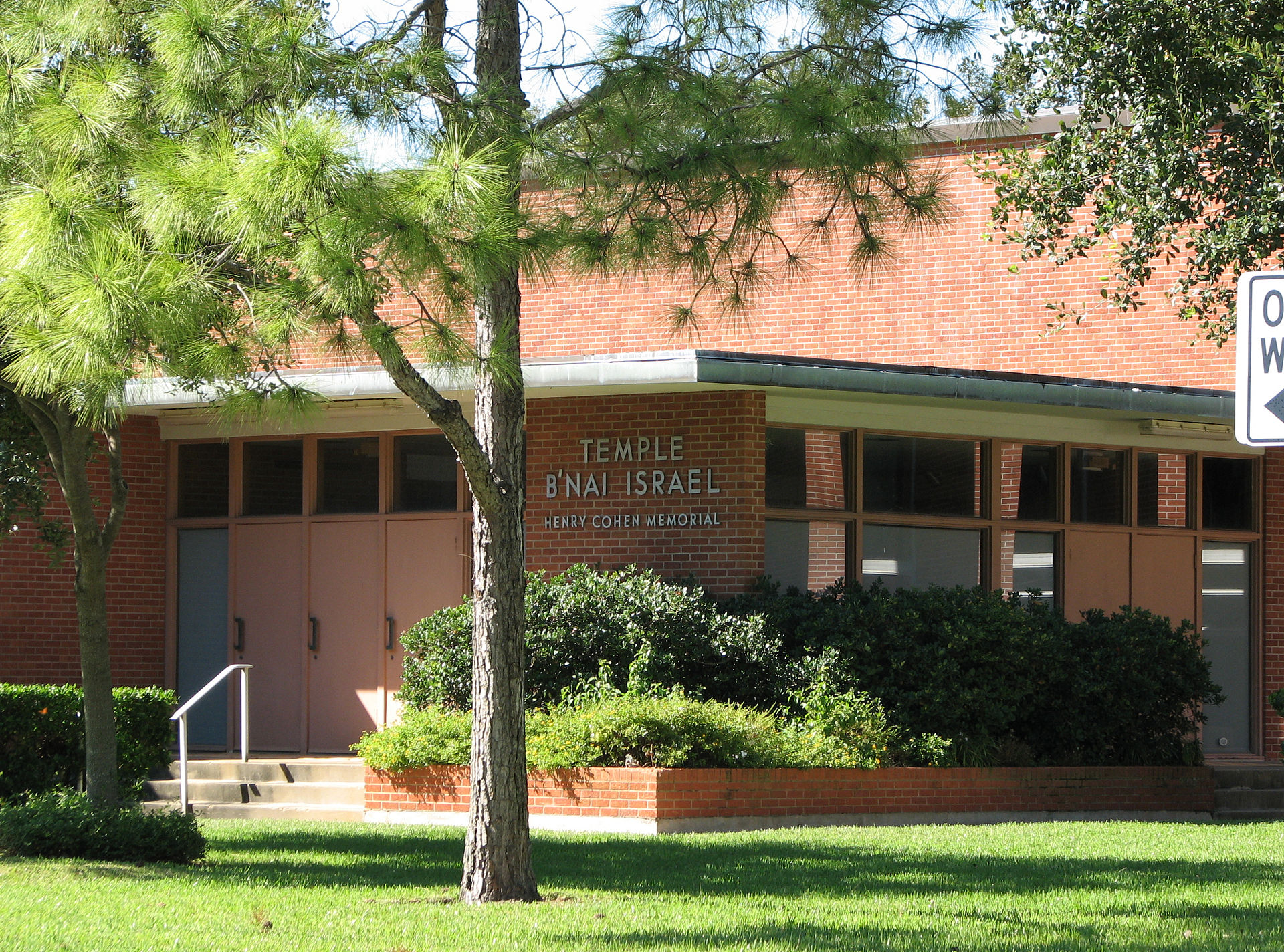 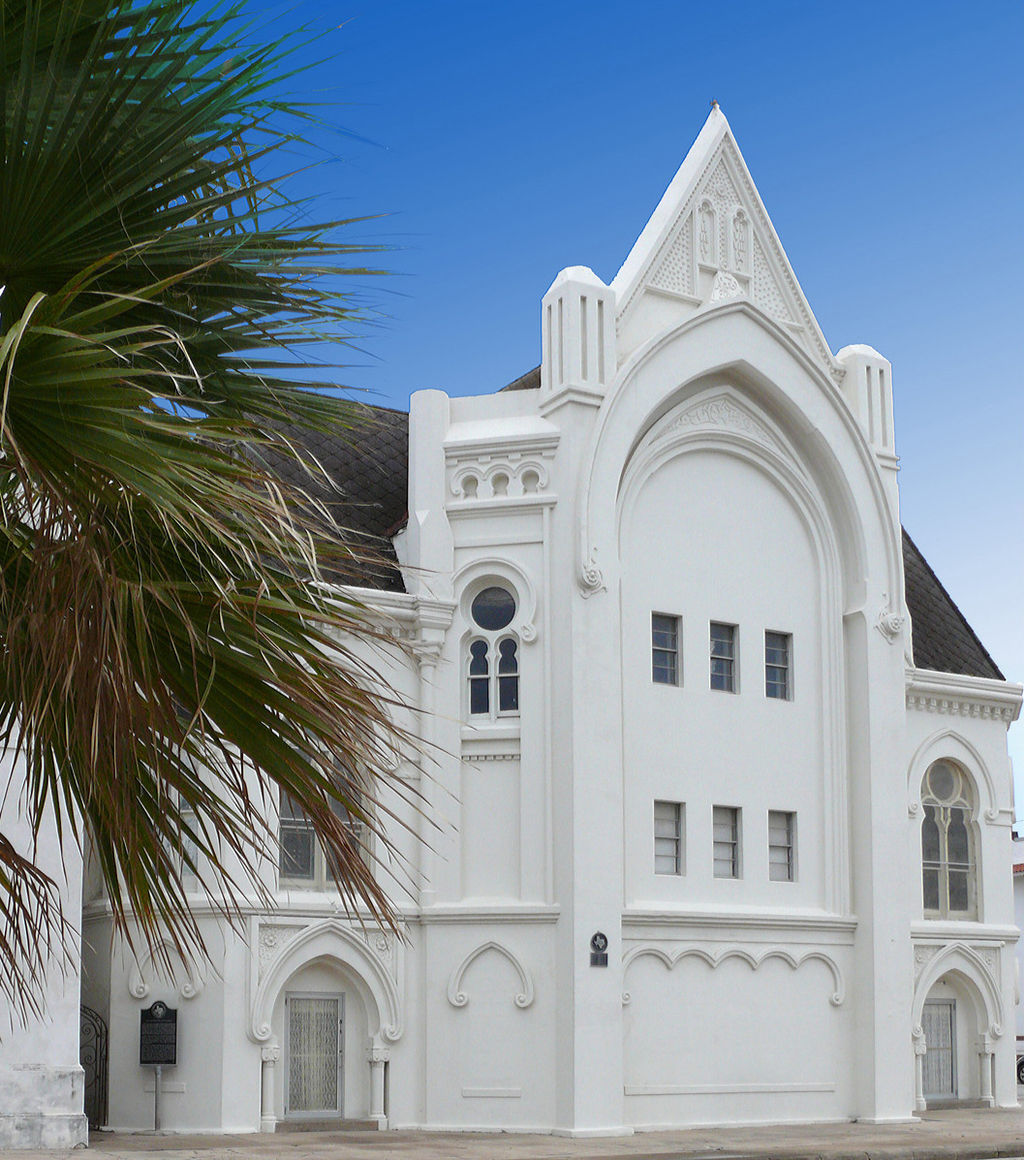 This state historical marker is affixed to the exterior wall of the 1870 temple. 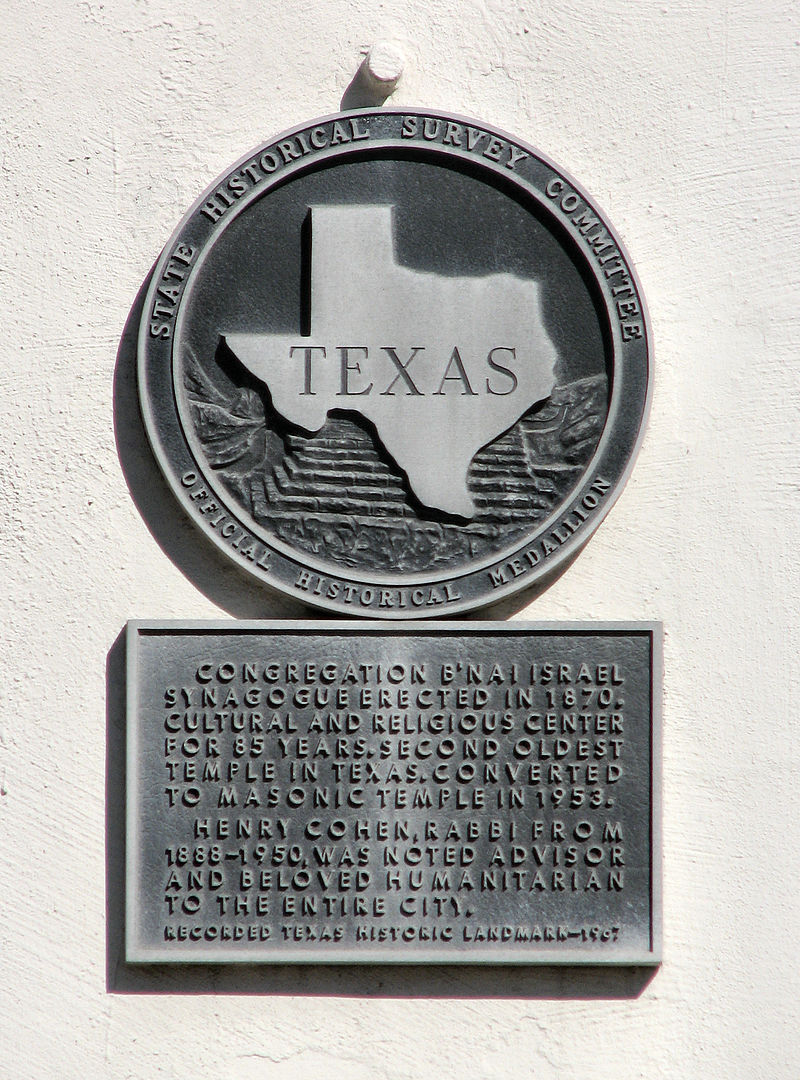 Though Jews had been arriving in Galveston for many years during the first half of the 19th century, it wasn't until the 1860s that enough had done so to found the congregation. The Civil War (1861-1865) also prevented it from forming. Most of the Jews who came to Galveston arrived from Germany. As stated above, the congregation adopted Reform Judaism from the outset and this has remained so today. The congregation started its religious school in 1869 and incorporated the learning of Hebrew in 1877. After it moved to the present location the 1870 temple became a masonic lodge.