Opened in 1892, Founders Hall is recognized as the oldest building still standing on the campus of Mars Hill University. Located on the university's upper quad, Founders Hall was the second building built on campus and was placed on the National Register of Historic Places in 2006. 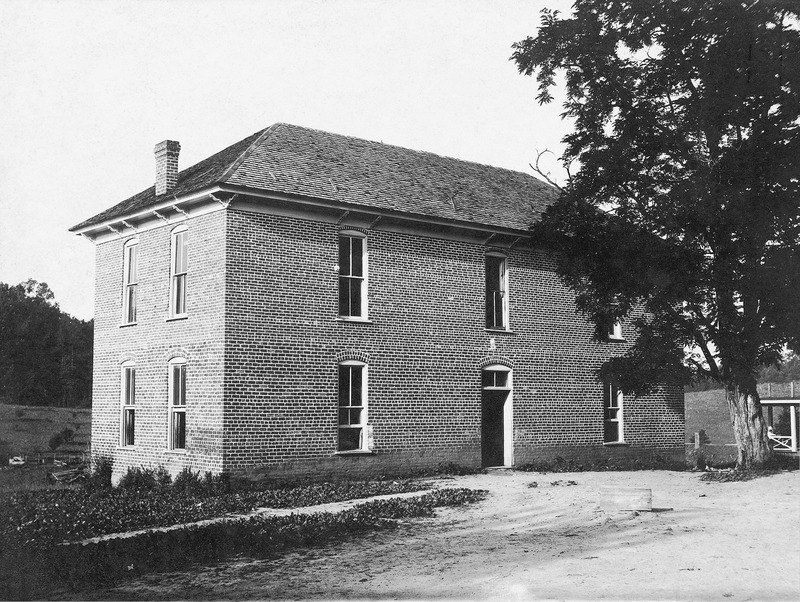 Mars Hill College at the time of President Moore's arrival in 1897. Founders Hall can be seen on the left across from the First Building.

The students and faculty of Mars Hill College assembled on the upper quad in 1902. Founders Hall can be seen in the back left of this photo. 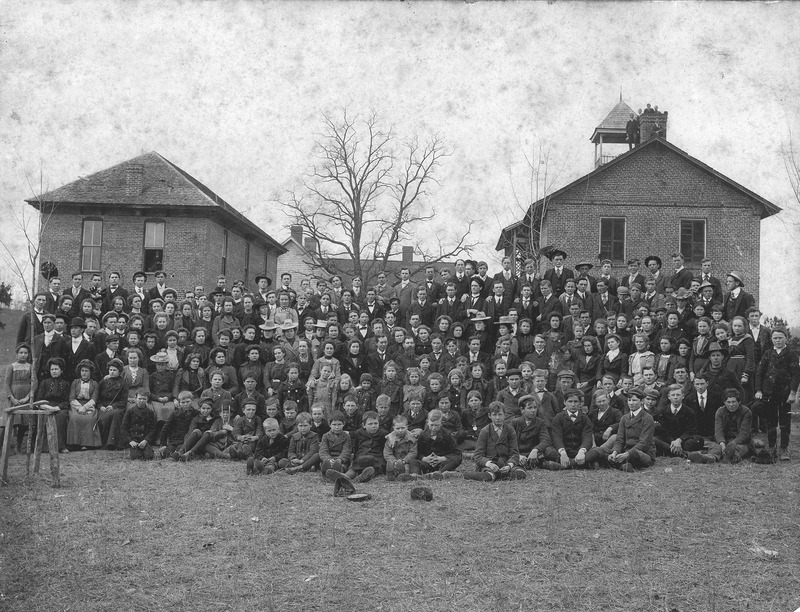 Opened over 120 years ago, Mars Hill University recognizes Founders Hall as the oldest structure still standing on our campus today. Described as modest and unappealing by former campus visitors and historians, this century old building provides visitors few visible clues to its true meaning and importance in the history of the institution. During the 1890s, Mars Hill still consisted of only one a large two-story brick building located directly in front of where Founders Hall stands today. During this time, what has been labeled as an internal crisis amongst the institutions leaders arose and caused those associated with the school to worry about its future.  These concerns resolved themselves through the election of Thomas McDowell Hufham as the institutions eleventh president in 1890. Founders Hall would become the only building erected during President Hufham’s brief tenure and remains today as a reminder of his impact on the campus.

The construction of Founders Hall would truly become a community effort. First referenced in the minutes from the May 19, 1891 trustees meetings in which they assigned J.S. Yeodes the task of designing the site, Founders Hall represents the first attempted expansion of Mars Hill since the end of the Civil War. School officials and community members set out themselves to complete the project, molding and firing the bricks used by hand and raising funds to purchases materials they themselves could not furnish. In December 1891, school leaders placed Lee B. Ramsey in charge of construction and building oversight. However, despite the first part of the building opened to use in 1892, construction to finish the project had ultimately stalled. In response to this, George G. Tillery was assigned the task of overseeing completion of the construction, which happened in the winter of 1893. Simply known as a classroom building or the Music Building following its construction, the building was renamed Founders Hall in 1978 and in 1990, a large scale renovation was completed that left the brick walls as the only remaining original part of the building.