The Newport News Middle Ground Lighthouse was constructed in 1890 and completed in 1891, making it both the oldest caisson lighthouse and the first "sparkplug" lighthouse in Virginia. It was automated in 1954. In 1979, it was struck by a tugboat, causing extensive damage to the first floor. While repairs and changes were made to the structure, it was ultimately retired by 2000. As part of the National Historic Lighthouse Preservation Act, it was auctioned off for $31,000 to the Billingsley and Gonsoulin families, who converted it into a vacation home. 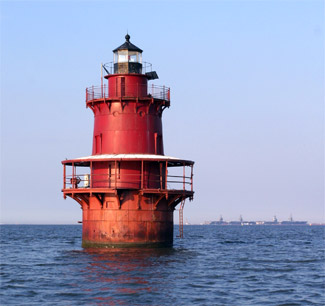 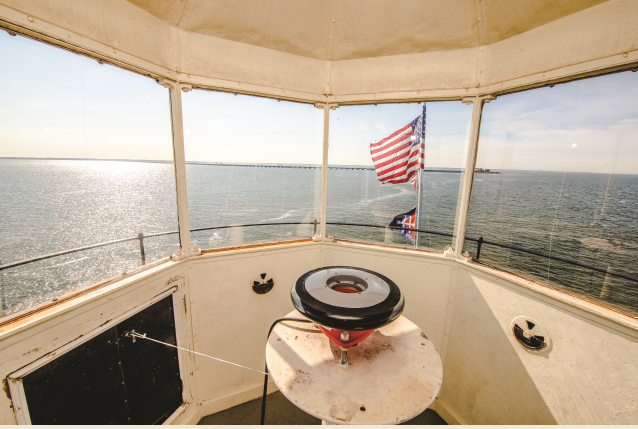 The Newport News Middle Ground Light was built when a shoal in the middle of the shipping lanes near Hampton, Virginia were judged to be enough of a hazard to passing ships. Funding was requisitioned in 1888 and construction began in 1890, finishing in the spring of the following year. Other than a few minor incidents due to fog, the lighthouse had a quiet career for most of the time it was employed.

Like many other lighthouses at the time, the Newport News Middle Ground Light was automated in 1954, with the lights flashing every six seconds and the fog bell tolling only once every fifteen seconds. In 1979, the lighthouse was struck by a tugboat, but it was not until 1982 that the full extent of the damage was realized by an inspection team. Large sections of the bulastrade were missing and holes were torn in the first floor galley, which allowed water to flow in and flood the foundations. Repairs were made to the lighthouse and it was switched to solar power in 1986, but was eventually deemed insufficient by 1994.

The lighthouse was one of many that were offered to various non-profit organizations in 2005 in accordance to the National Historic Lighthouse Preservation Act. When there were no takers, it was auctioned. The lighthouse was purchased by the Billingsley and Gonsoulin families for $31,000, who then converted it into a vacation home. The Newport News Middle Ground Light was added to the National Register of Historic Places in 2002.