The Brandy Gap Tunnel is a former railway tunnel that has gained notoriety as a popular destination for those interested in the paranormal. Several stories of hauntings have been told about the site dating back to the early 1900s when the tunnel was the site of several lynchings. The tunnel opened in 1857 and was not closed until the 1990s as railway use had heavily declined in the region. Today, the tunnel can be accessed as a part of the North Bend Rail Trail System which allows hikers, cyclists, and horseback riders to travel along the former B&O line. 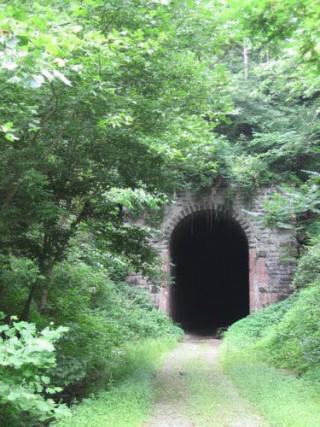 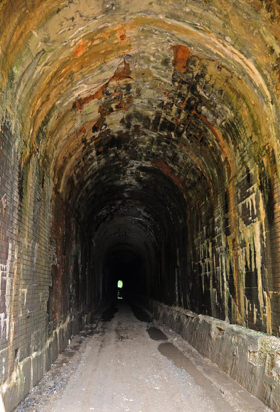 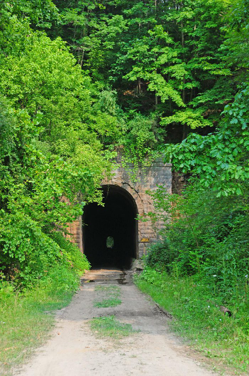 The Brandy Gap Tunnel was commissioned by the Northwestern Virginia Railroad for the Boston & Ohio Railroad.(1) Thomas B. Spates was the contractor who started the work in August 1852 at Brandy Gap Tunnel (Tunnel Hill in Tenmile District).(2) The tunnel was completed in January of 1857, and was “taken fully out of commission” in the 1990s.(1) This was due to the decline of railroad use in this part of West Virginia, along with locomotive engineers who had “religiously wanted to avoid”.(3) The Brandy Gap Tunnel served the purpose of connecting rail service between Grafton and Parkersburg.(1)

One conclusion that could be drawn out as to why these engineers avoided this part of the railroad is the amount of ghost tales and folklore that creep from the tunnel. One of the leading legends involves a three-man crew doing repairs on the track within the tunnel(3), when suddenly the sound of a train whistle echoes through-out the tunnel.(1) The train engineer was reported to be unaware of the repairs being made within the tunnel, and consequently struck two of the workers who could not make it to the alcoves inside the tunnel.(1) The collision with the two bodies and the incomplete rail work led to the train derailing.(3)

This story is not the only one that contributes to the ghostly activity that happens at the Brandy Gap Tunnel. It has been noted that the tunnel runs “directly under the large, yet historical Brandy Gap Cemetery”.(1) Legends frequently mention “the idea that decaying bodies of the cemetery drip remains into the tunnel”.(1) It also has been said the dark tunnel was the location of KKK lynching’s in the early 1900’s.(3) Each of these factors has led to the belief that the tunnel is haunted.

Today, the old tunnel is a part of a scenic hiking trail that allows foot traffic in addition to bicycles and horses. It is a hot spot for ghost hunters and has even been brought to national attention by being featured in several popular TV shows.(1)