The name Smith Point Lighthouse has applied to eight different lighthouses: three lightships, three towers, a screw-pile lighthouse, and the current structure. The first was a stone tower constructed in 1802. The first lightship was implemented in 1821 after the failure of two more towers. The current structure was built in 1897 and was manned until 1971. After it was damaged in 1980, repairs were performed in 1988. The lighthouse was sold in an auction in 2005 as part of the National Historic Lighthouse Preservation Act. It was added to the National Register of Historic Places in 1971. 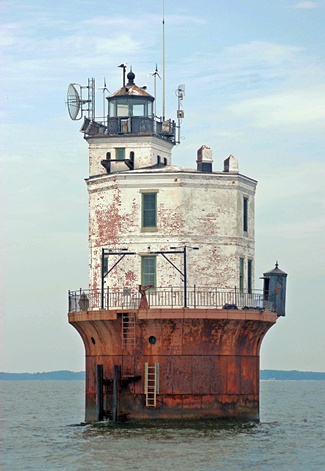 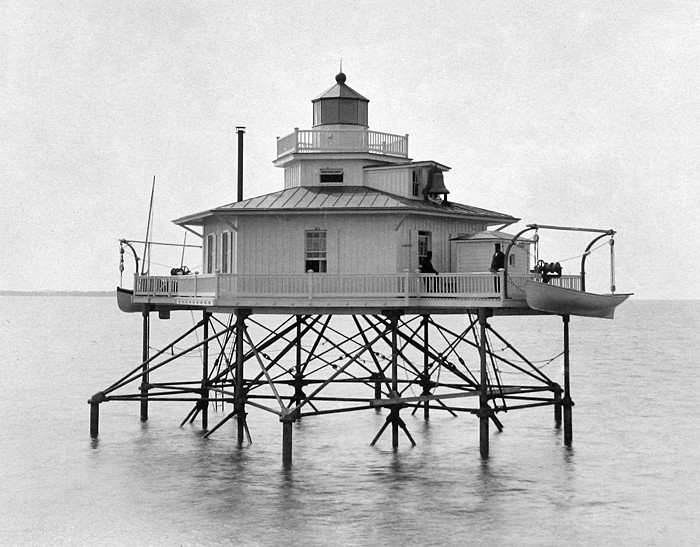 The first Smith Point Lighthouse was a stone tower built in 1802 by Elzy Burroughs, though it was short lived. Five years later, it was rebuilt closer to land by Burroughs and his brother. The second tower was replaced in 1828 by the last stone tower. It was retired in 1858 and replaced with the first of the lightships.

The first lightship was destroyed by the Confederates in 1861 during the Civil War. The second lightship was a converted barge that served until 1868, when it was replaced by the screw-pile lighthouse. It was removed in 1895. The third and final lightship took its place until the current lighthouse was constructed in 1897. The same plans were used to build the Wolf Trap Light, so the only difference between the two is color. Since then, the lighthouse was manned continuously until 1971, when a submarine cable was installed to enable automate its operations. The Coast Guard considered retiring the lighthouse after the cable was damaged in 1980, but were persuaded to repair it in 1988.