Neal Somers Alexander's house is notable both for its architecture and for the family who built it. Today the home is surrounded by suburban sprawl, but when it was built in 1903 it was an imposing example of Queen Anne style architecture at the head of a sprawling 1,000 acre cotton estate. In fact, the house is notable today as one of the few remaining Queen Anne style homes in the Charlotte area dating to the turn of the twentieth century. Neal was also the great grandson of Revolutionary war hero Hezekiah Alexander, who's own historic home (built over 125 years before Neal's home) lies only a mile away. With cotton mills booming in Charlotte by 1900, the Alexander House is a testament to the prosperity created by the staple crop around which Charlotte's late-nineteenth century economy revolved. 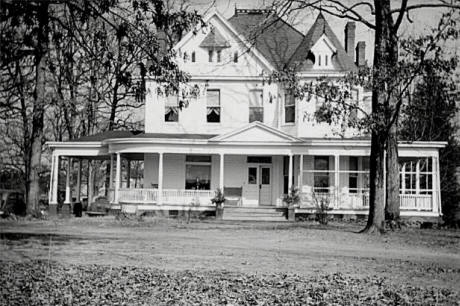 Neal Somers Alexander, pictured with a grandchild, in front of his home's sweeping porch. 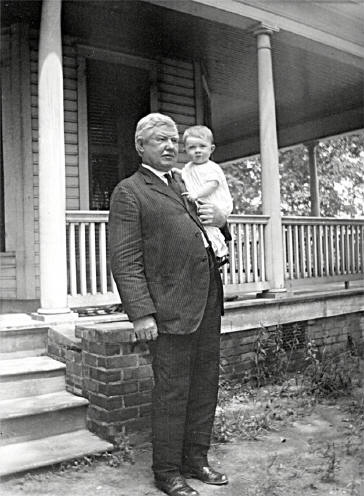 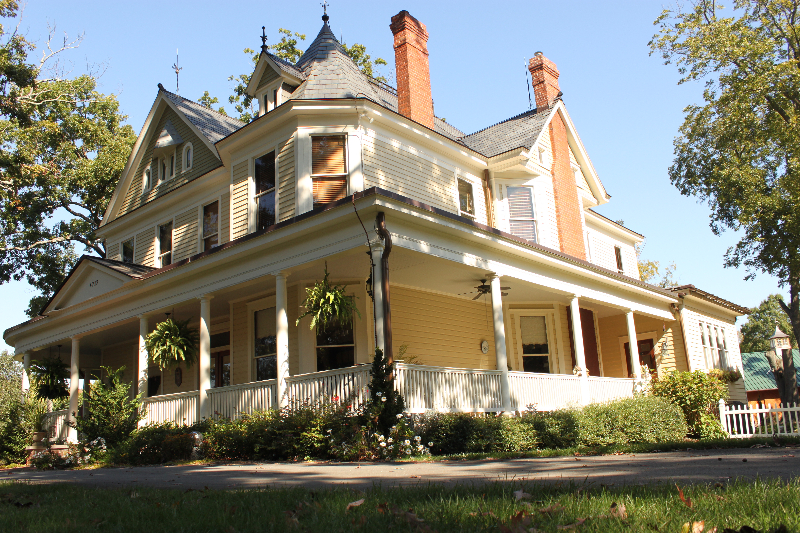 Born in 1855, Neal Somers Alexander bore witness to seismic shifts in Charlotte's history. Charlotte was a largely undeveloped and rural area during the post-Civil War period in which Alexander came of age. By the time he married Ida Jane Caldwell in 1885, cotton was quickly emerging as Charlotte's economic gold, and Alexander moved quickly to capitalize. He purchased over 1,000 acres in the Crab Orchard section of Mecklenburg County, built a one-story home, and embarked on growing both his cotton business and his family. By the turn of the century, his family had grown in size to five children and his cotton farm had experienced notable success surrounded by Charlotte's cotton mills. In 1903, he built his exquisite 2.5 story Queen Anne home to accommodate his large family and reflect his business success. Though his large cotton farm on the outskirts of Charlotte was still rural country in the 1900s, Charlotte was nevertheless in the throws of rapid changes. By the turn of the century, Charlotte's population had nearly tripled in just under twenty years, with roughly 18,000 living with its city limits when Alexander built his 1903 home.1

The labor force employed on Alexander's farm was largely comprised of Black tenant farmers whose small frame homes crumbled long ao. In the early twentieth century, however, the homes of these Black families surely stood in stark contrast to the imposing, meticulously detailed and delicately featured Alexander house, with its sweeping, wrap-around porches. When Alexander died in 1926, the cotton boom in Charlotte was at the cusp of decline. Even as Neal Alexander's son, Nathaniel, took over farm operations in the wake of his father's death, the farm lasted only through the 1930s. The 1,000 acres were sold off, leaving a four acre lot upon which the Alexander house still sits today.

Even after the cotton farm became a thing of the past, Nathaniel and his wife lived in the home until his death in 1968. Today, the home is still under Alexander family ownership, and in 2008 the family completed a massive restoration to bring the home back to its former Victorian glory. Currently, the house is operated as the Alexander Homestead Wedding Venue.

Tours available by appointment only.