Now a National Historical Landmark, Little Rock Central High School was home to one of the pivotal episodes of American history and a turning point in the Civil Rights Movement. White school officials in Little Rock, with the support of Arkansas Governor Orval Faubus, refused to comply with the 1954 Supreme Court ruling in Brown v. Board by allowing Black students to enter the school. Even after ordered to comply by a federal court and a reluctant President Eisenhower, school officials refused to allow Black students to enter the school. Defenders of segregation were emboldened by the actions of Governor Faubus, who illegally ordered state troops to keep nine Black children from attending their school. Eisenhower was not a strong defender of civil rights, but he recognized that the state of Arkansas was challenging the authority of the federal government by refusing to comply with the law. Faced with few alternatives after Faubus continued to use troops to violate the law, Eisenhower deployed the United States Army to occupy the school and enforce the law. For an entire school year, soldiers occupied the school to ensure the safety of the nine Black children. After the soldiers left, however, public school officials in Little Rock and throughout Arkansas again tried to evade the law. In some cases, including Little Rock Central, white officials closed schools rather than comply with the integration law. Today, visitors can tour parts of the school and view interpretive exhibits offered by the National Park Service. The school itself is historically significant.When it was built in 1927, the American Institute of Architects declared the building to be the most beautiful high school ever constructed in the United States. The links below include a direct link to the visitor's center which is operated by the National Park Service. 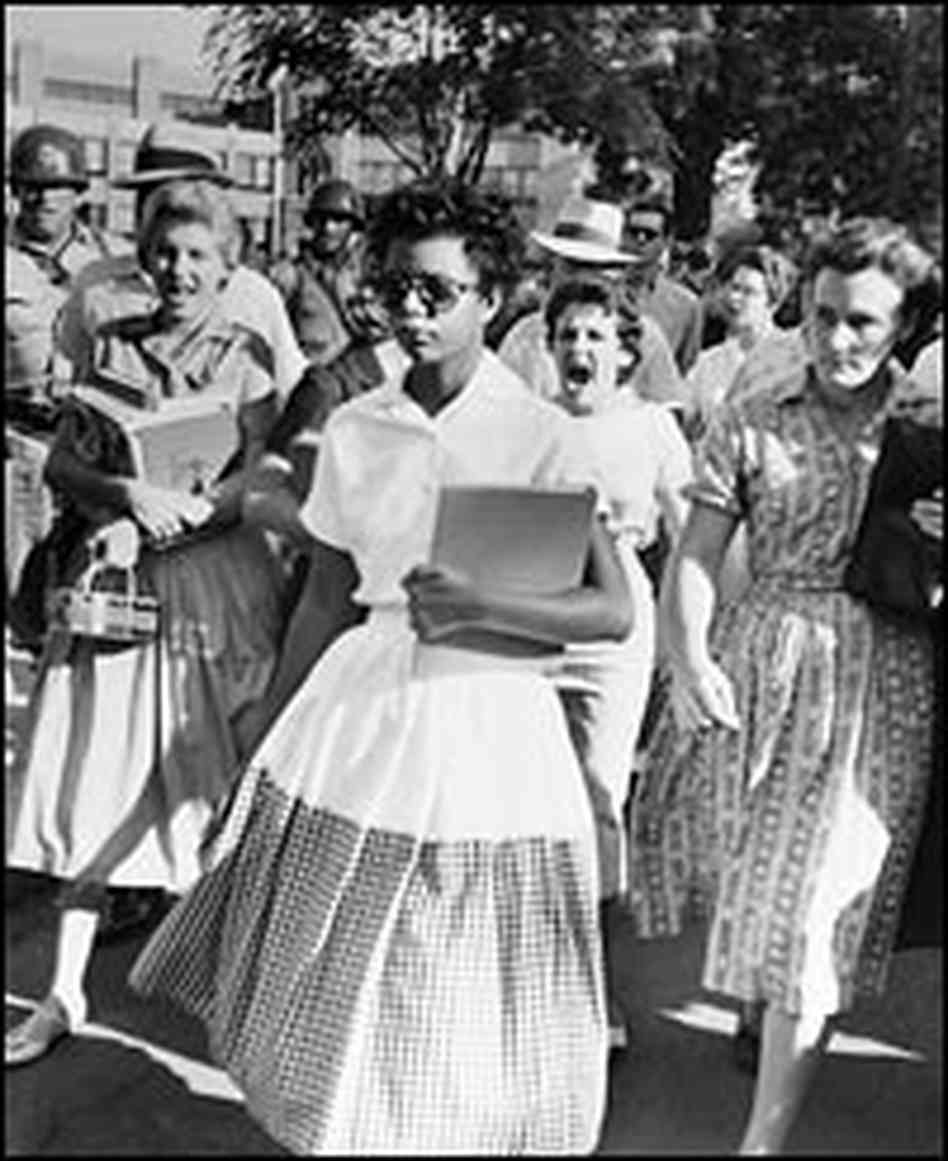 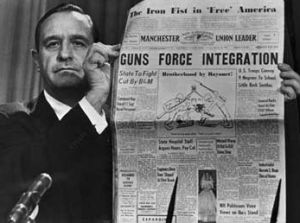 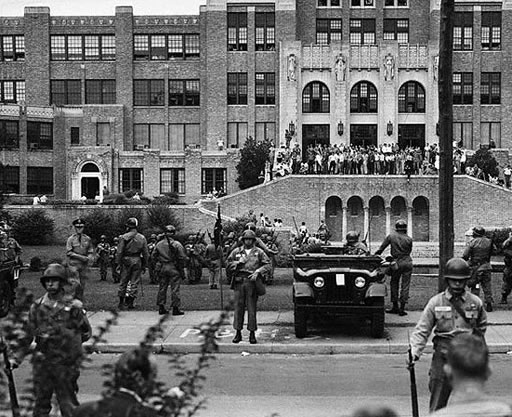 In 1954, the United States Supreme Court declared public segregation unconstitutional in Brown v. Board of Education. This Supreme Court Ruling made it necessary for all public schools throughout the country to desegregate the school districts 'with all deliberate speed'. Some schools developed strategies to resists integration of the public school system, but school officials at Little Rock, Arkansas stated that they would comply with the Supreme Court's ruling against segregation. The Little Rock district implemented a system where Black students who wanted to attend the white school were put through a series of tests to find out if they were suitable to attend the white school. Of the eighty children that were tested, only nine where given admittance. The student selected were Melba Patillo Beals, Elizabeth Eckford, Ernest Green, Gloria Ray Karlmark, Carlotta Walls Lanier, Terrance Roberts, Jefferson Thomas, Minnijean Brown Trickey, and Thelma Mothershed Wair. These individuals would later be known as the 'Little Rock Nine.'

On September 3, 1957 the nine children arrived at Central High School. Instead of being welcomed with open arms they were greeted by an angry mob of white students, parents, and citizens hell-bent on stopping integration. In addition to the threats, screams, and racial slurs from the crowd, Arkansas Governor Orval M. Faubus stepped in and ordered the Arkansas National Guard to keep the nine Black students from entering the school. The nine students were forced to give up their attempt to attend Central High School. On September 20, 1957, Federal Judge Ronald Davies ordered Governor Faubus to remove the National Guard from Central High School, and to allow the nine Black children admittance. Faubus ignored the order causing President Dwight Eisenhower to send 1,000 paratroopers to the school. On September 23, 1957, the nine Black children returned to the school, and were protected by the United States Army for the entirety of the school year.

The Visitor Center is open daily year round from 9:00 a.m. to 4:30 p.m., including Saturdays, Sundays and most federal holidays except Thanksgiving and Christmas