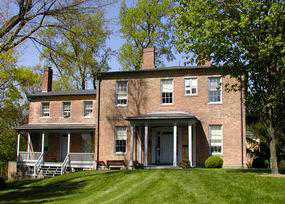 The home's namesake, Rev. Alexander H. Morrell, lived at the house for over a decade. He assisted in the creation of Storer College as well as organized local churches in the area. Image obtained from chepachetfreewill.org. 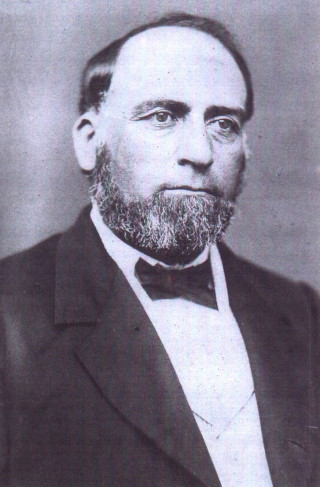 In 1856, Congress authorized the construction of three residences at Harpers Ferry for U.S. Armory officials; the Superintendent’s Clerk, the Paymaster’s Clerk, and the Master Armorer. The Morrell House was built from 1857 through 1858 at Camp Hill to house the Paymaster’s Clerk. The structure was designed by Armory Superintendent Henry W. Clowe and was made identical to the nearby Brackett House that was built for the Superintendent’s Clerk. The more simplistic styles of the two homes reflected the lower status of their occupants compared to the homes of their superiors. For a short time, the Master Armorer Benjamin Mills lived in the home because he refused to live in the Master Armorer’s House built on Shenandoah Street. After Mills’ departure in 1859, the house was occupied by Paymaster’s Clerk John E. P. Daingerfield and his family, who lived in the Morrell House until the armory was abandoned at the start of the Civil War in April of 1861.

In 1868, Congress authorized the transfer of ownership of the four armory facilities on Camp Hill, including Morrell, to the recently created Storer College. Sometime after this acquisition, Storer expanded Morrell House by building a two-and-a-half story stone addition. In 1870, Rev. Alexander H. Morrell and his family moved into the house that would later bear their name. Rev. Morrell, a member of the Freewill Baptist Home Mission Board, was a good friend of Nathan C. Brackett and helped establish Storer College. For the next eleven years, Rev. Morrell would work to organize churches throughout the local area. In 1881, Morrell moved to Rhode Island but later returned to Harpers Ferry in 1885. Shortly after his death in December of the same year he returned, a plaque was placed on his home naming it as the “Morrell House.”

After Rev. Morrell’s death, Storer College began renting out Morrell House to summer boarders, much like with the Brackett and Lockwood Houses. In the early 1900s, the Shawen family operated a hotel out of Morrell, known as the Sparrow’s Inn that closed in 1919. From 1920 to 1929, Anna T. Dailey and her daughter Mrs. Lou Thompson, managed Morrell under the name of the Shenandoah Inn. Afterwards, Morrell was converted into apartments for Storer faculty. In 1942, a large fire destroyed the two-and-a-half story stone addition to Morrell, but the original section of the home survived little damage and it was decided not to rebuild the addition. In 1955, Storer College closed and in 1960 the National Park Service obtained ownership of Morrell as well as the rest of Storer’s campus. Today Morrell House acts as the administrative headquarters for the Harpers Ferry National Historical Park.