The southwestern end of Lee Street terminates in a T-intersection and, like other examples in Blacksburg's original sixteen squares, there is a building facing the intersection. The highest point within these bounds is located where Lee Street and Wharton Street meet. This spot can be seen from Main Street. Points of interest on Lee Street include Cabo Fish Taco (originally the Blacksburg Presbyterian Church #1 built in 1847) on the north corner of Church and Lee, as well as a number of historic homes dating to the early 1900s.

Cabo Fish Taco is located at the corner of Lee and Main. The brick structure was built in 1847 as a Presbyterian church and is the oldest surviving building on Main Street. 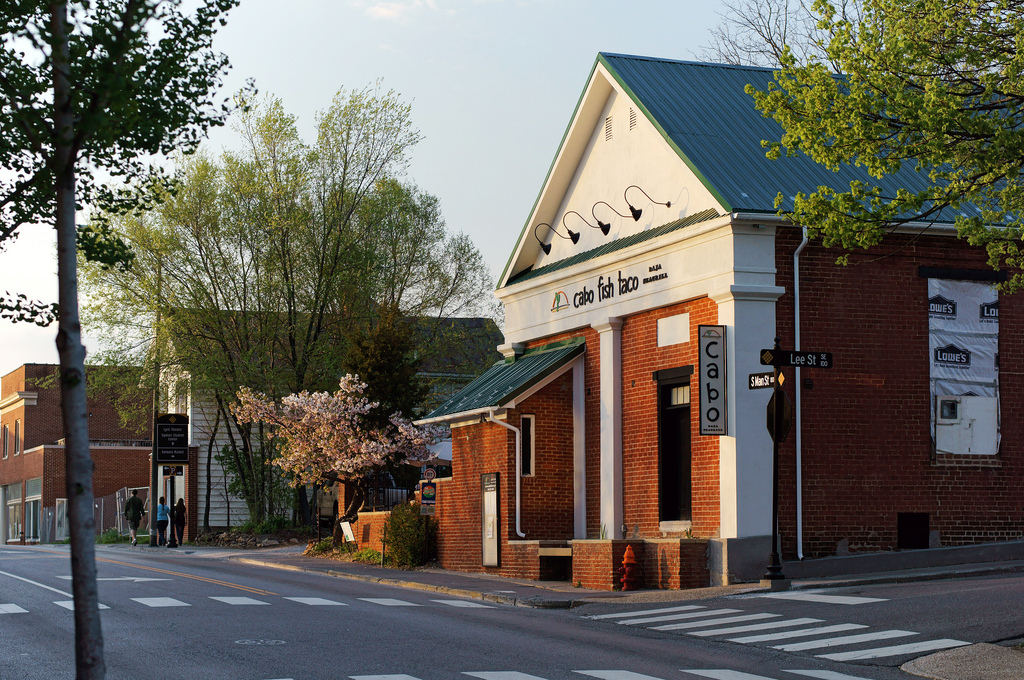