Points of interest on Roanoke include the Croy House at 307 East Roanoke Street, one of the oldest (if not the oldest) homes in Blacksburg that is still standing on its original site. In 1840, Andy Croy purchased the property from a Miller family as a wedding present for his daughter, Rose Ann Croy, and son-in-law William H. Dawson. The street was widened in 1913, leaving the front door of the house to open onto the sidewalk.

A view of downtown Blacksburg 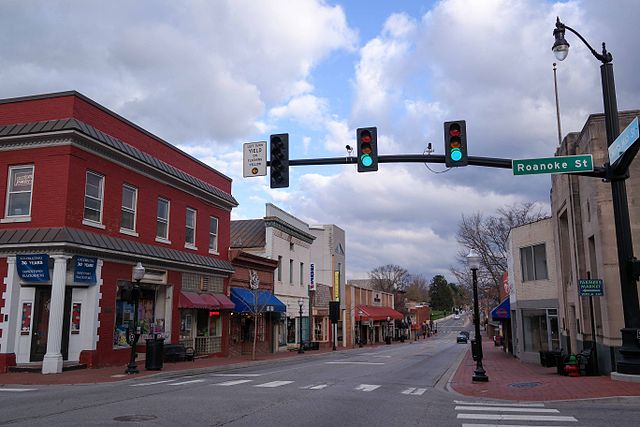