The Dutch Reformed Church was originally organized in Albany in 1642. This edifice is the fourth church building for the congregation. It was constructed from 1797 to 1799 by architect Philip Hooker with assistance from Elisha Putnam. It was then remodeled in 1857 by Von Steinwehr and Hodgins. 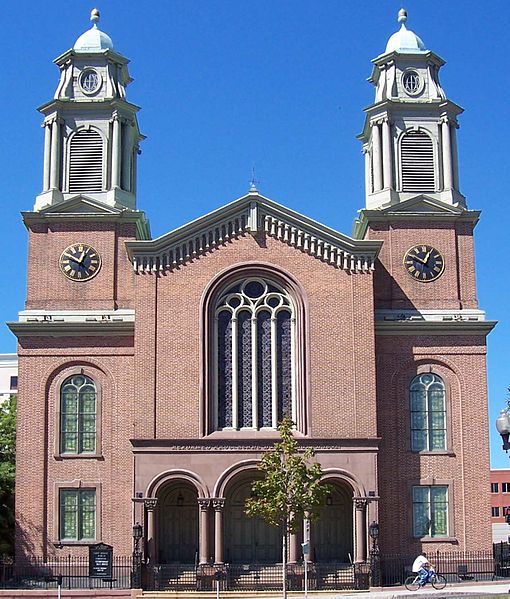 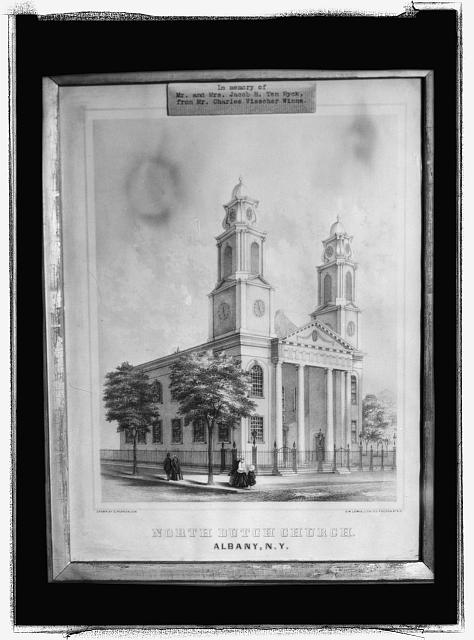 Interior of the church from the Historic American Buildings Survey 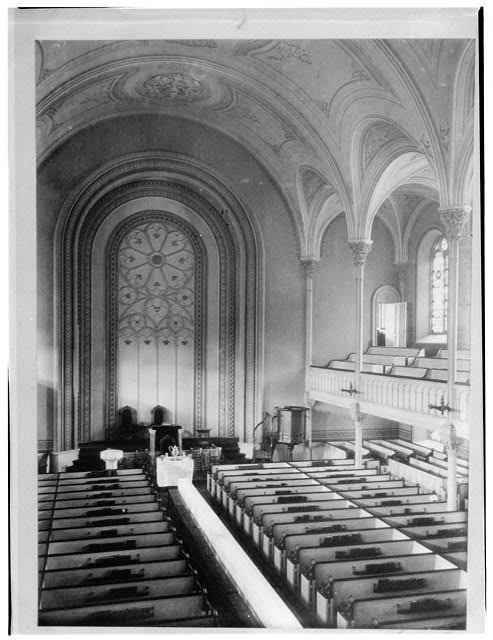 This church was established in the early days of Dutch colonization. The ministers were sent directly from Holland to run the church. Although it was initially closely tied to Holland, over the years those connections diminished. In 1795 the language of worship was switched from Dutch to English.The current church is part of the Reformed Church in America which welcomes all nationalities. This congregation is the second oldest in New York State. The oldest is located in New York City.

The building is the only church still standing in Albany that dates to the 18th century. Inside the pulpit dates from 1656. It was constructed for use in the second building that the congregation built in Albany known as the Blockhouse Church.The look of the current building was heavily influenced by the updates done in the 1850s. The Romanesque front was incorporated, and the stained glass windows were added.

When Theodore Roosevelt was Governor of New York at the turn of the 20th century, he was a member of the church.