One of the early leaders of IUPUI, Maynard K. Hine. 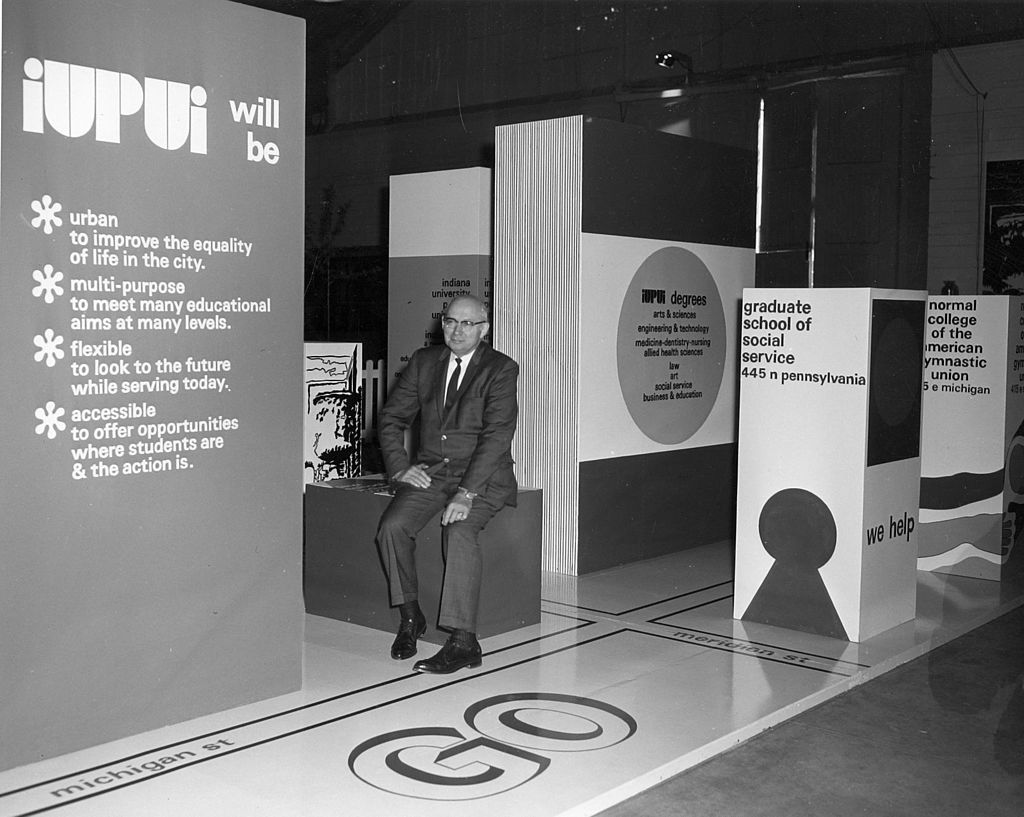 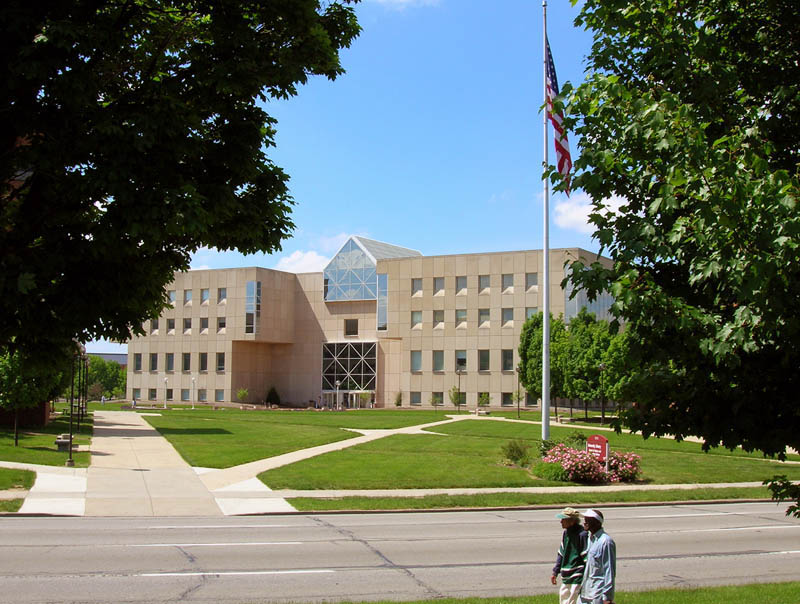 The Informatics Building on the IUPUI campus 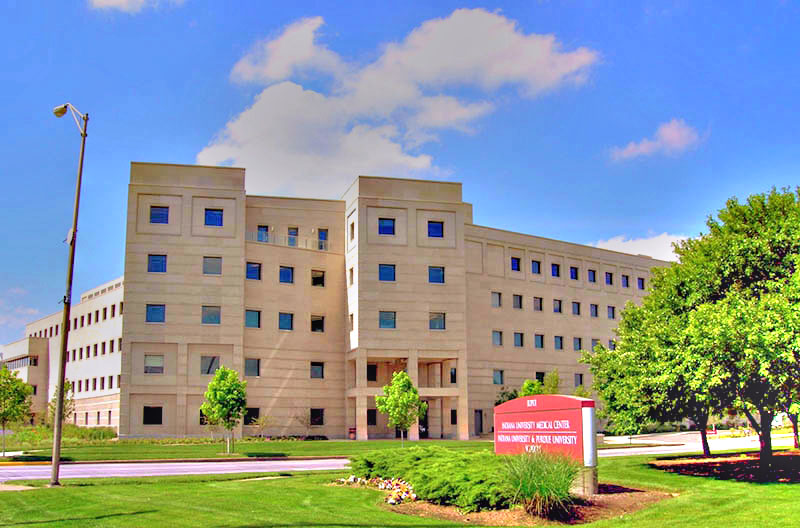 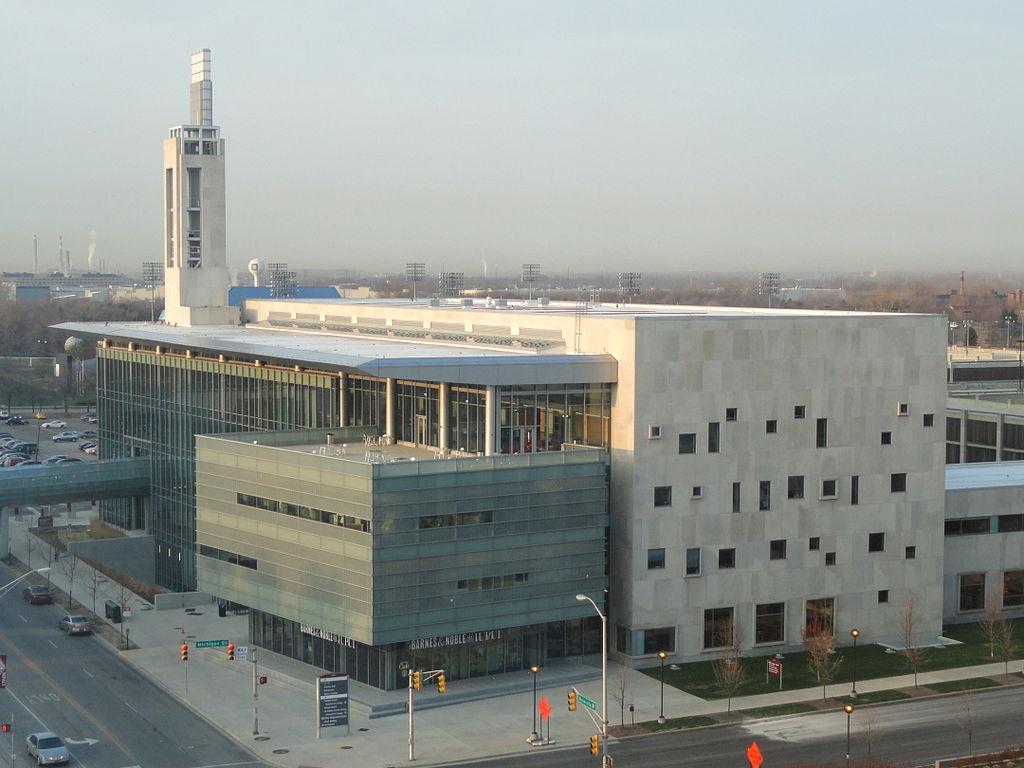 Aerial view of the campus 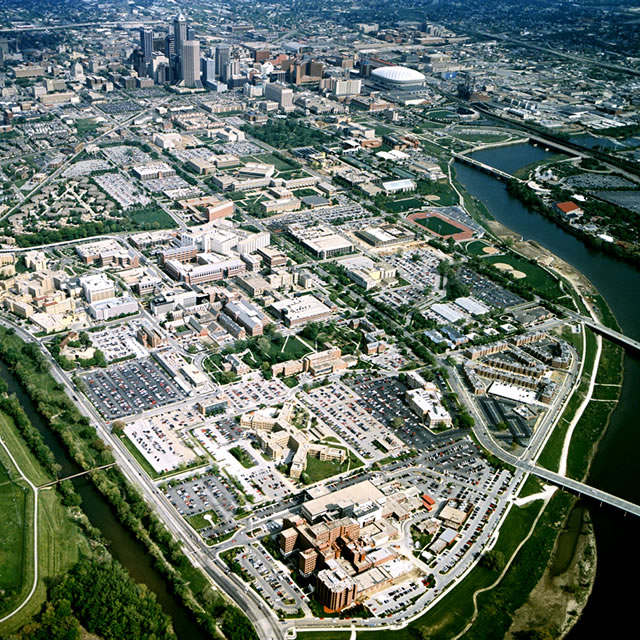 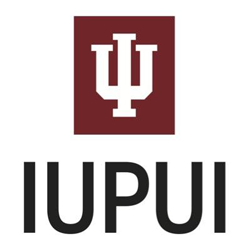 Founded in 1969, Indiana University-Purdue University Indianapolis is an urban campus in Indianapolis – the 14th largest city in the United States with a population of nearly 2 million in the metropolitan statistical area. The campus is just west of downtown, within walking distance of the state capitol and other governmental offices, and the site of numerous nationally renowned businesses and art, sports, education and health facilities.
In 1968, Dr. Maynard K. Hine, dean of the IU School of Dentistry began working with then Indianapolis Mayor Richard Lugar, IU President Joseph L. Sutton, Purdue President Frederick L. Hovde and other forward-thinking community leaders to establish IUPUI in 1969 through the merger of the Indianapolis extension programs of both IU and Purdue. Some schools, however, were established before the merger including the IU School of Medicine, IU School of Dentistry, IU Robert H. McKinney School of Law, IU School of Liberal Arts and IU Herron School of Art.
IUPUI includes the nation’s largest nursing school, the second largest medical school in the country, the only dental school in the state and the country’s oldest school of physical education. IUPUI is among the top 20 campuses in the nation for graduate professional degrees conferred. As a core campus of Indiana University, IUPUI is governed by the IU Board of Trustees.

IUPUI is one of seven campuses of Indiana University and includes two Purdue University schools. The campus offers more than 225 degrees provided by 18 different schools. IUPUI has more students from Indiana than any other campus in the state, the largest number of underrepresented minorities in the Indiana University system and the largest population of graduate and professional students of any university in Indiana. Almost 75 percent of IUPUI classes have 25 or fewer students. IUPUI has more than 1,405 tenured or tenure-track faculty members. With research expenditures of nearly $272 million in 2014, IUPUI is the second-largest site for research in Indiana.

IUPUI also houses five major editorial and research projects in the history of American ideas. The following projects and/or centers are part of the School of Liberal Arts: