Also referred to as the "Synagogue of the American Revolution," Congregation Mikveh Israel is Philadelphia's oldest, continuously operating Jewish congregation. It was founded in the 1740s by Spanish and Portuguese Jews. The congregation continues to worship according to the practices began by those Jews of Spanish and Portuguese origin (which is also known as Sephardic). The current temple was built in 1976 and it originally housed the National Museum of Jewish History, which moved to a new location just to the south. The congregation uses the extra space for exhibits and events. 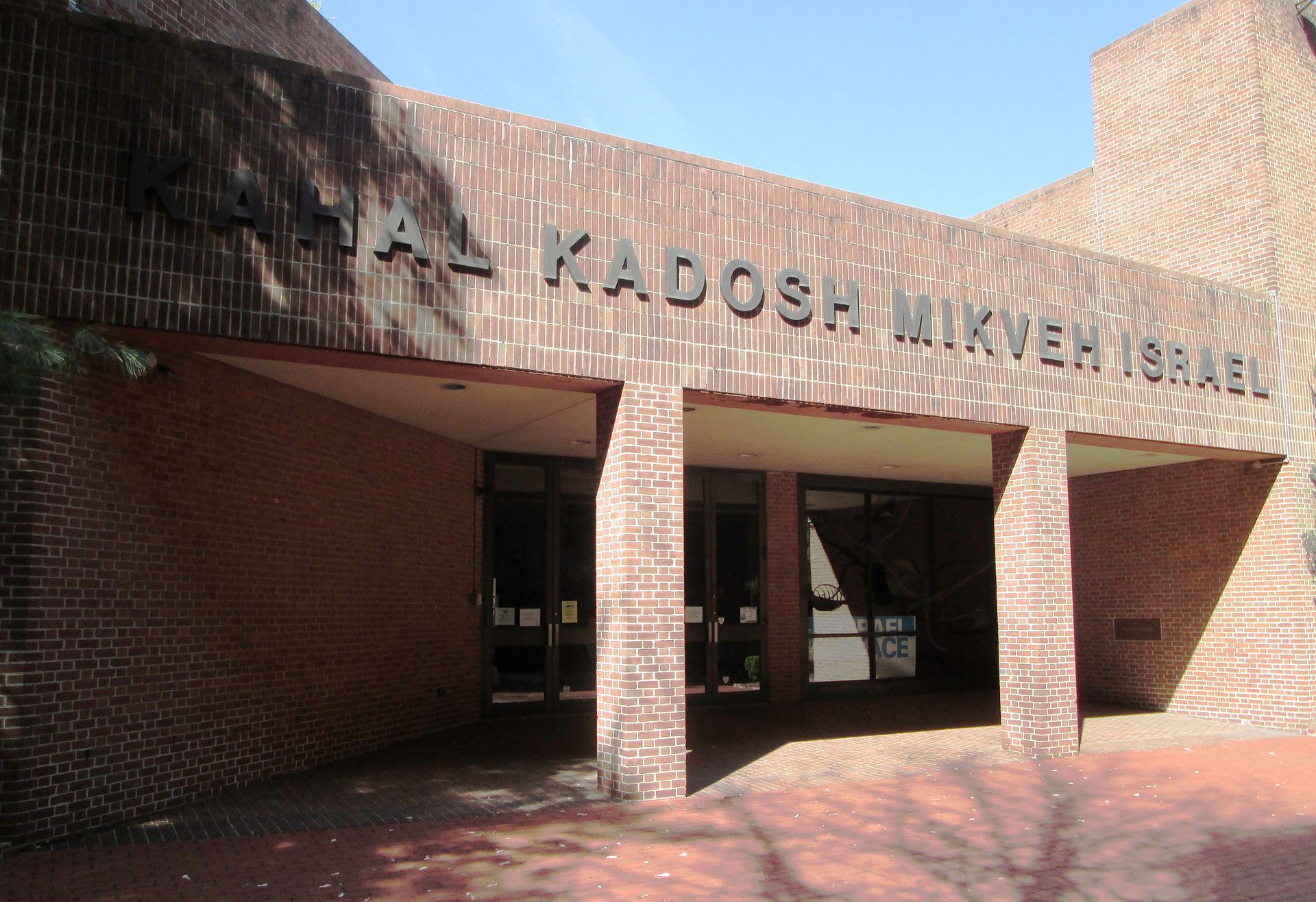 Records indicate that there was a Jewish presence beginning in 1682. However, it wasn't until the next century that a more established Jewish population emerged. The congregation has built five temples in all, including the current one. The first one was built in 1782. Before that the congregation met in private homes and rented spaces. The second temple, a white stone structure, was built in 1825. The third was constructed in 1860. This one was designed by the same architect, John McArthur, who would design City Hall. The fourth temple was built in 1909, and the current one in 1976.

The congregation earned its nickname during the American Revolution because its members were active in the cause. Some of its members participated in the rejection of the Stamp Act (the law the British imposed on the colonies to help pay for the French and Indian Wars) in 1765. Also, Jews from further east fled to Philadelphia to seek refuge from the British.