Today, the Green-Richman Arcade is one of three surviving arcades in St. Petersburg. Also known as the Parsley and Stone Arcade, this arcade is deemed to be the most sophisticated building on the West Coast of Florida to this day. It was welcomed on the National Register of Historic Places in 1998. During the 1940s, it was one of the eleven shopping arcades in downtown St. Petersburg. This arcade was built by John Green and William Richman, who also assisted in the construction of other popular buildings, such as the Ponce de Leon Hotel and First Baptist Church.

Side view of the arcade itself. 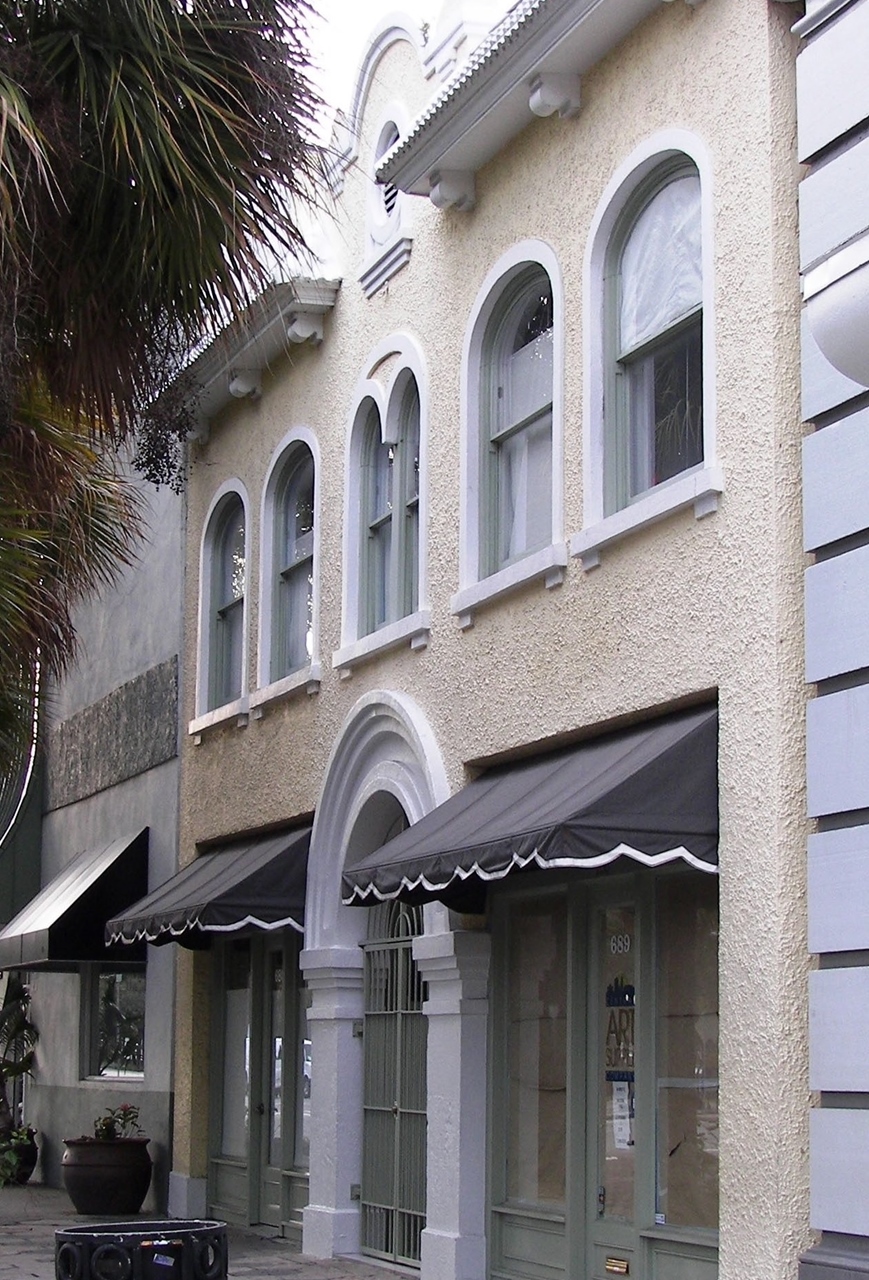 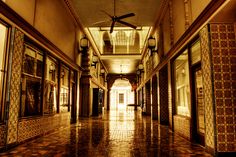 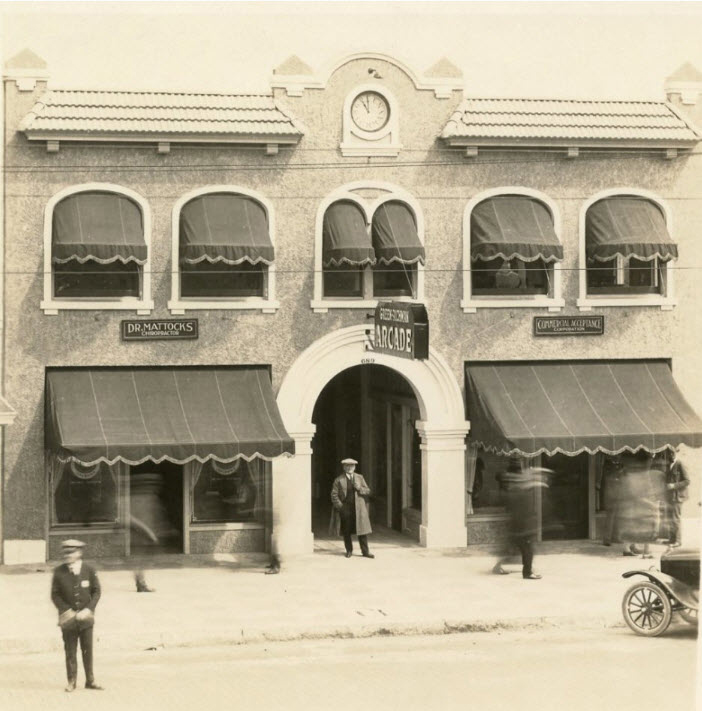 Front-facing view of the arcade. 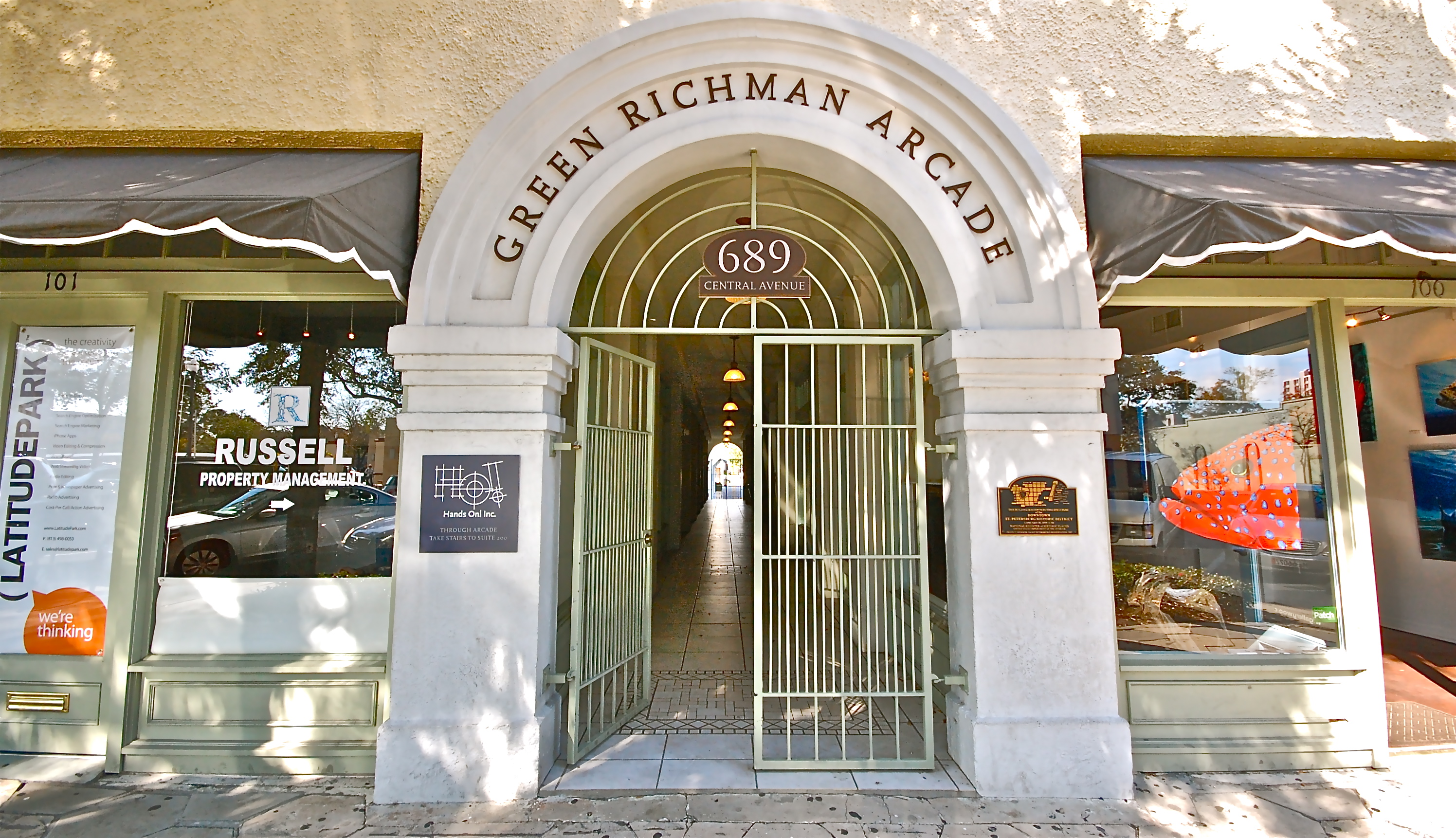 The Green-Richman arcade is one of the three lasting arcades in St. Petersburg. With only ten other shopping arcades in the downtown portion of the city, this arcade was welcomed among citizens and tourists in the area during the 1920s and 1940s. This arcade was listed on the National Register of Historic Places in 1998.
The architectural outline for this arcade was originally drawn by George Feltham. Feltham mapped out construction designs for many other significant buildings in the area, including Ponce de Leon Hotel, First Baptist Church, and Sunset Hotel. The arcade was first purchased in 1923 for 1.2 million dollars by John B. Green and William Richman due to Real Estate intentions. In 1934, the building was renamed as the "Seventh Street Arcade". However, when the arcade was purchased by Parsley and Stone, Inc., it was renamed again to the "Parsley and Stone Arcade".
The utilization of this building transformed throughout the years since construction. It initially served as a Real Estate location and, later, moved on to become a shopping hub. Today, this arcade serves as an office space, as well as a location for a new science program called, "Hands On".
Features of this 1.2 million dollar arcade include 877 square feet of flooring. Its Mission Revival style of design encompasses low roofing and Spanish decorations. The location of this arcade, Downtown St. Petersburg, is in the "heart of the city" and attracts historians and tourists wishing to discover the past.