Listen to a narration of this entry's description by NC State University Digital History and Pedagogy.

Constructed in 1876, the Temple of Israel is the oldest synagogue in North Carolina and the 10th oldest in the United States still under continuous operation. While the congregation uses the building for religious services, its main offices and religious school are located at 922 Market Street, Wilmington, NC. The congregation has followed the Reform tradition since its inception. The structure itself, which was designed in the Moorish-revival style by Philadelphia architect Samuel Sloan, features several interesting elements such as horseshoe arches and two towers capped by small, gold, domes. The congregation today is vibrant and diverse, consisting of about 200 families.

Temple of Israel was built in 1876 and is the oldest in the state. 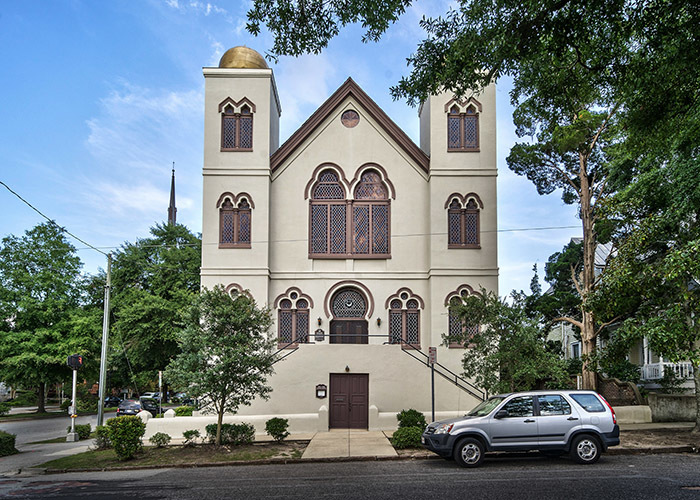 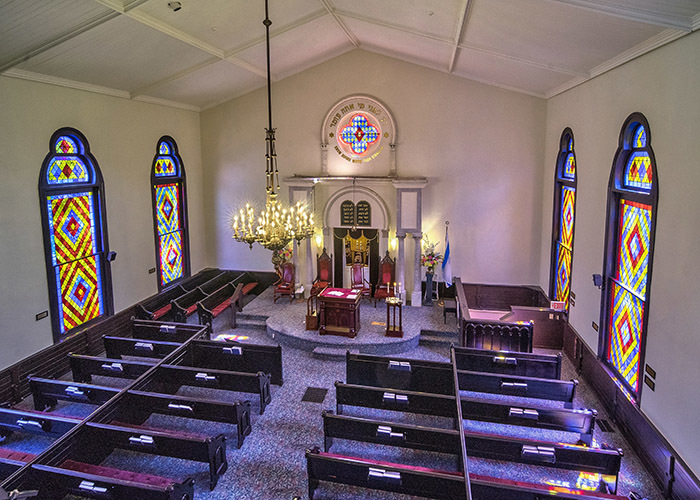 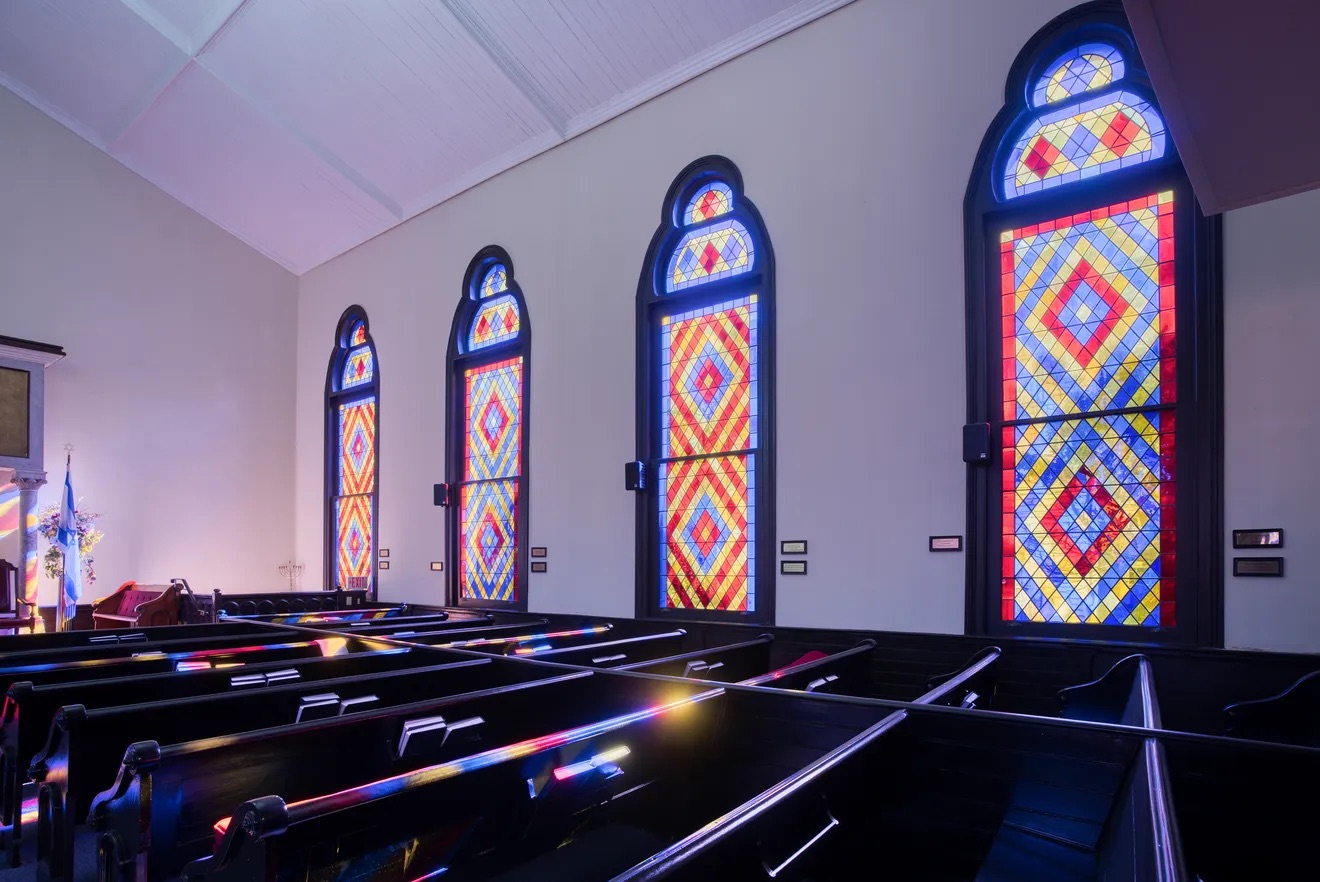 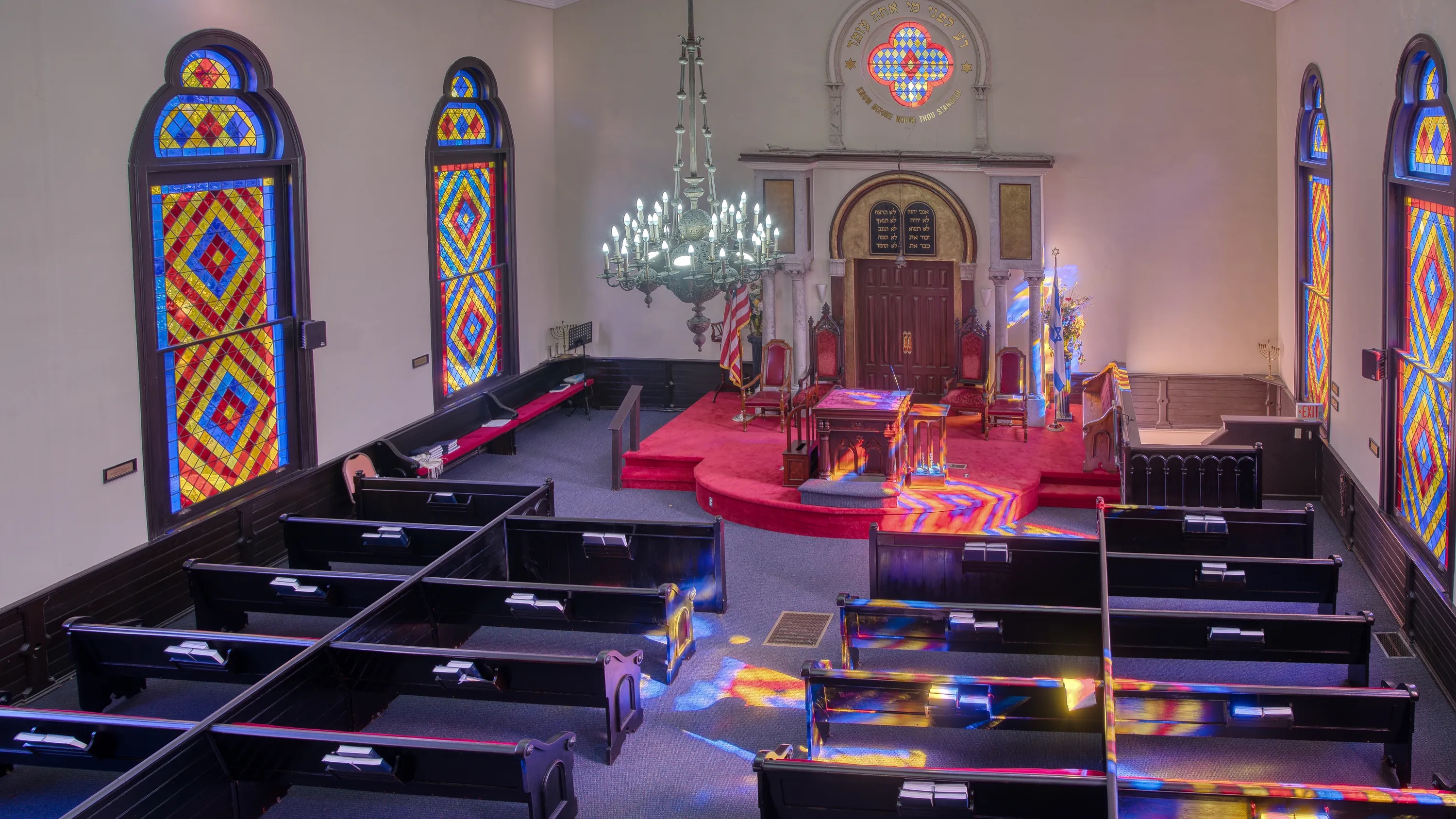 Historic Drawing of the Temple of Israel 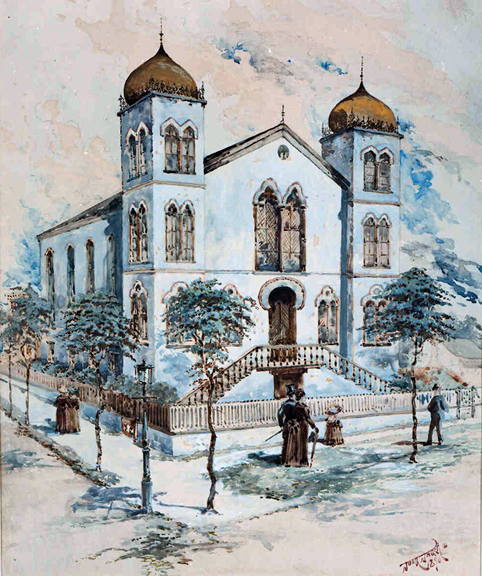 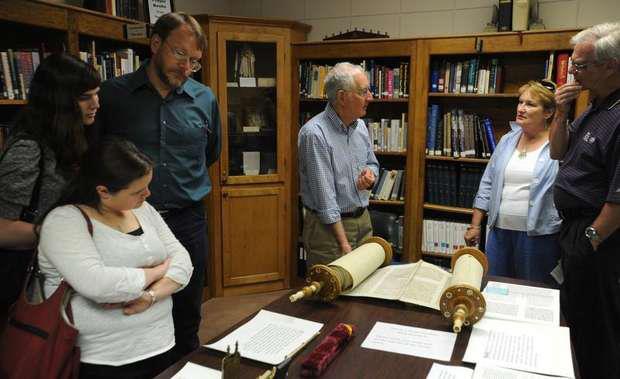 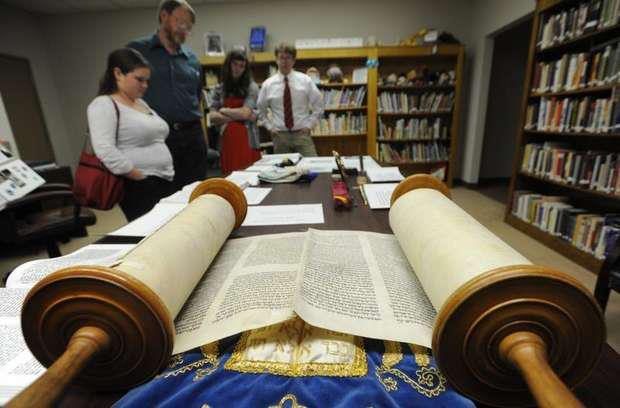 Listen to a narration of this entry's description by NC State University Digital History and Pedagogy.

In the late 1800s Germany, the industrial economy was crashing due to British competition, and only a certain number of Jewish people were allowed in a city. As a result, young Jewish men and women began looking for economic opportunity and moved to prosperous North Carolina, specifically to Wilmington where cotton was a huge export and commerce was the center of the local industry. In the re-construction era of North Carolina, Jews were classified as ‘white’ and could own businesses, live in wealthy areas, and could exercise their rights to freedom far easier than other minority groups in the state.

In Jewish communities, a cemetery is considered to be holier than a synagogue and seen as both a religious and social responsibility to the community to build and maintain. As a result of these values, the Wilmington Jewish community first bought the Hebrew Cemetery at Oakdale in 1855 and built the Temple of Israel a little more than 20 years later in 1876. The Temple of Israel was the first Jewish synagogue in the state and the 10th oldest in the United States that has been in continuous use since its establishment.

A distinctive building in downtown Wilmington, it was built by 40 founding families, 39 of which were German. The synagogue first established itself as a reformed community and maintains the same identity today. A gold onion dome tops each of the Moorish-revival towers, with beautiful stained glass windows overlooking the main meeting room of the temple and mahogany wood surrounding each window and door frame in the building. The Temple of Israel was designed by Philadelphia architect Samuel Sloan, who also designed the First Baptist and First Presbyterian Churches of Wilmington and the Executive Mansion, home to the governor of North Carolina, in Raleigh. Most of the 200 members of the congregation lived within walking distance of the synagogue and were shopkeepers, merchants, and artisans. Services were conducted in German until the early 1900s when larger populations of Eastern European Jews began to move to Wilmington. The synagogue houses several pieces of history to this day, such as a 200-year-old crystal chandelier from Germany and one of three Pilcher-Tracker organs in existence. When it was first established, the synagogue did not have electricity, bathrooms, or running water and was heated with coal and lit by candles. Eventually, water, electricity, HVAC, and even elevators have been installed within the building to modernize it and make it more accessible to the Jewish community.

Today, the synagogue is home to about 200 families. In addition to offering reform Shabbot services on Friday night, they host various women’s and men’s study groups, run a full-time religious school, and lead community relief efforts. With the COVID-19 pandemic, the synagogue closed in early 2020 and has yet to reopen as of April 2022. At 150 years old, the building is in need of repairs and has been close to the public and congregation alike until such repairs can be completed. Over $150,000 out of the $500,000 needed has been raised in an attempt to help restore the synagogue and work is estimated to be completed in late 2023. In an effort to respect the synagogue and its congregation, the rabbi, Rabbi Emily Losben-Otrov, asked me to use public pictures of the synagogue pre-restoration, since not even she has access to the building presently. If you are interested in donating to the renovations of the synagogue, there are three ways to do so:

According to the North Carolina Essential Standards for American History, the perspectives and histories of minority communities in North Carolina should be explored. Standards AH.B.1.1, AH.B.1.2,  and AH.B.1.6 encourage educators and students alike to explore the American minority identity through the lens of prosperity, oppression, opportunity, and discrimination while also acknowledging their contributions and achievements in the face of adversity. Standards AH.E.1.1, AH.E.1.3, AH.G.1.1, and AH.G.1.3 ask the curriculum to explore the perspectives of religious and ethnic minorities through the lens of capitalism, immigration, migration, and industry and how this can affect different groups of people. The Temple of Israel is the beginning of Jewish history in North Carolina and can be used as a diving board to further explore the topics of oppression and opportunity for the Jewish people, as it is home to a rich and diverse history. The Temple of Israel themselves also put on several events in Wilmington and the surrounding area to educate the community on Jewish history, religion, and culture and is a great resource to learn more.

Passaretti, A. (2022, January 14). 150 years ago, Jewish community built downtown temple. Can it be restored to its former glory? Port City Daily. https://portcitydaily.com/community-and-events/2021/12/22/150-years-ago-jewish-community-built-downtown-temple-can-it-be-restored-to-its-former-glory/

Staton, J. Wilmington Star-News. (2022, January 21). Telling the story of the Temple of Israel, and that of Jewish people in Wilmington. Wilmington StarNews. https://eu.starnewsonline.com/story/entertainment/2022/01/21/wilmington-unearthed-podcast-story-temple-israel-jewish-community/9156220002/