The Johnson County Poor Farm site is important to Iowa’s history, telling the story of the county’s care for it’s citizens from the earliest days until today. The county’s first facility is the asylum and a few hundred feet to the east is the county’s most recent facility, Chatham Oakes built in 1964 (now privatized). Each county in Iowa had a poor farm and the tradition is well represented by the Johnson county farm, which may well be the only remaining intact example. 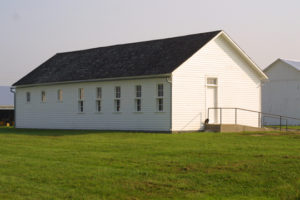 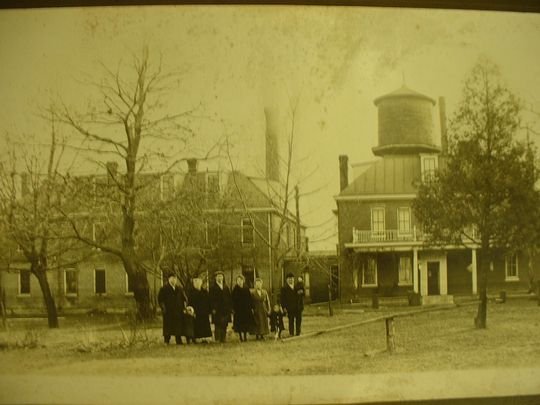 Established in 1855, Johnson County Poor Farm was established as a place of refuge for the poor and those with mental and physical disabilities. The institution provides a window into understanding the progressive ideas of the nineteenth-century and how people in this time period hoped to help those with issues that they perceived were community problems that exceeded the capacities of individual families. From the 1820s, cities, counties, and states established facilities such as poor farms for those who were poor or mentally ill . This governmental responsibility was recognized early in Johnson County history. In the early years of the county, local officials contracted local physicians to provide care. In 1855, the Johnson County supervisors decided to procure 160 acres on the edge of Iowa City for a “poor farm” as a place where those in need could live and work and also receive systematic care while providing an economic use of taxpayer funds.

The early care of the poor and mentally ill was crude by modern standards, reflecting the prevailing attitude that fresh air and work would be good for these “poor unfortunates”. From the earliest days, “inmates” were expected to do farm chores to the extent of their abilities. The farm was to be self-supporting and the labor of the inmates would help compensate the county for their care. Crop farming and dairy production were primary functions of the farm until the 1960’s.

Today the early twentieth-century milking barn, a late nineteenth-century hay/horse barn, five smaller buildings, the “insane” wing, and the cemetery survive. The 1859 “First Johnson County Asylum” wing is restored and listed on the National Register of Historic Places. Though unused for many years, the buildings and acreage have received basic maintenance and many of the original features are intact including a brick cistern outside the horse barn. A unique stock watering system is still in place inside the smaller buildings and the milking barn still has its equipment, stanchions, feed boxes, separating room, cooler and silo.

As of June 2017, Johnson County has made plans to renovate and develop the land surrounding the Farm. State board supervisors have chosen the concept of the "New Century Farm.", The goal of the program is to allow more of the land to be developed for small farm owners. Reactions to this vote have been mixed from those who support the plan to those who hope that the property will be preserved as an example of 19th-century life.