The Alligator Mound in Granville, Ohio, received its name from the Native Americans who created it, although the exact timeline of its origin is questionable. While the mound resembles creatures such as a racoon or panther, it is thought to have been a representation of the Native American “Underwater Panther,” a powerful supernatural spirit. Multiple excavations of the site have led researches to uncertainty of the time period in which the mound was constructed, but many believe it was part of the Adena culture, being used by the Fort Ancient culture thousands of years later due to radiocarbon dating of charcoal in the area. In 1971, it was placed on the National Register of Historic Places, and is one of only two effigy mounds in Ohio. 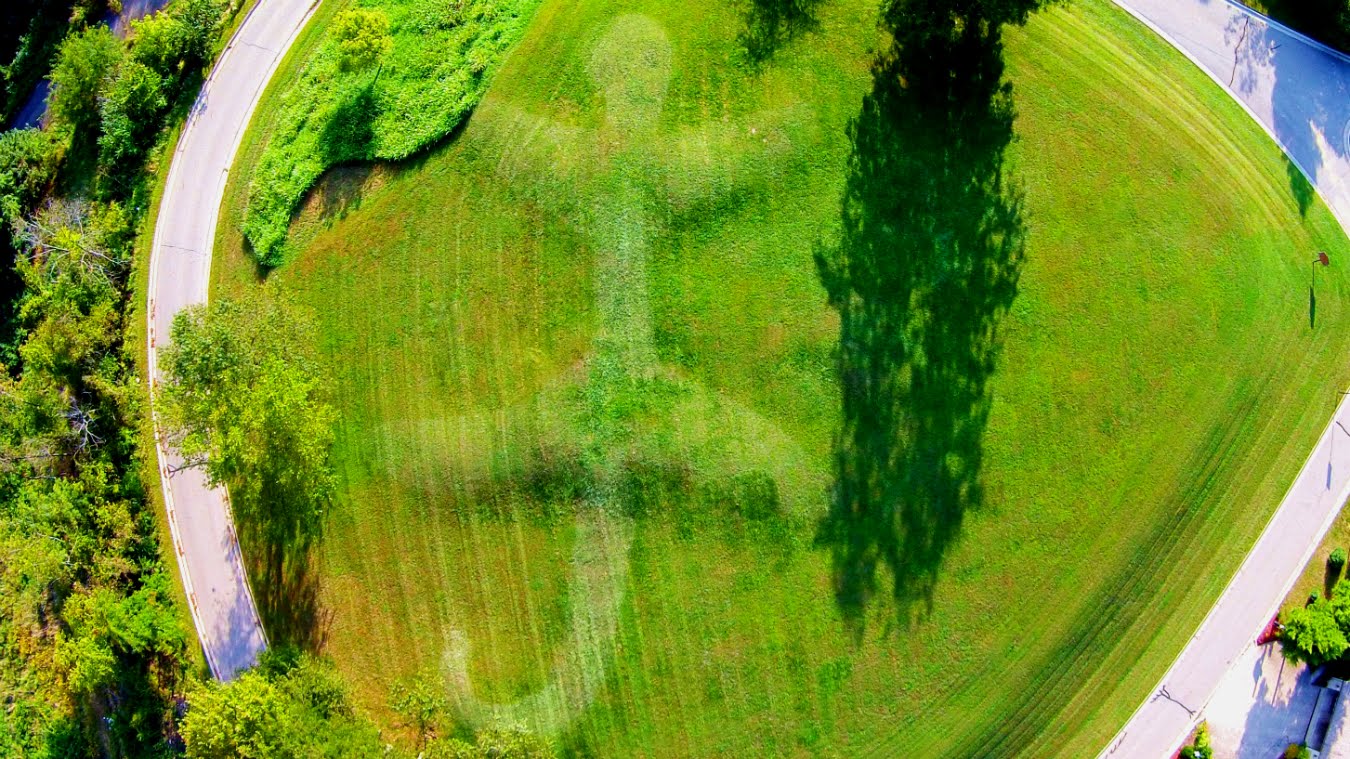 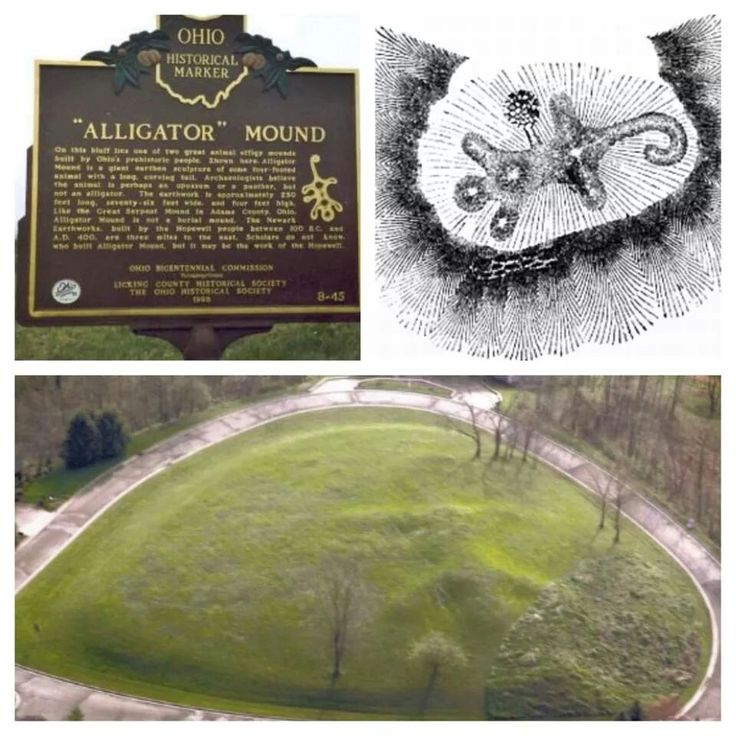 Survey site map showing the "alligator" compared to other earthworks in the area at the time.

Alligator Mound is an effigy mound, or zoomorphic geoglyph, found in Granville, Ohio. The mound was first mapped in 1848 by Ephraim Squier and Edwin Davis, and is 200 feet long and around four feet high. Since that time, the site has been investigated several times, however, its origin and use still remains a mystery. Despite the name, many researchers believe that because alligators are not native to Ohio, the shape of the mound represents a creature more like a raccoon, opossum, or panther. The most commonly held belief is that the mound was initially meant to represent the “Underwater Panther,” a powerful supernatural spirit in Native American culture. However, settlers misinterpreted the translation, thus deeming it an alligator.

One of only two effigy mounds in Ohio, with the other being the Great Serpent Mound, Alligator Mound was thought to have been created by the Hopewell culture based solely on its proximity to the Newark Earthworks. Over time, that theory changed. In 1999, the site underwent another excavation, and studies indicated that a stone path that led to a circular stone patio near the mound had been a place of numerous fires. Radiocarbon dates from the charcoal of the rocks dated back to 1170-1270 A.D., and therefore placed the mound’s construction as part of the Late Prehistoric Fort Ancient culture, which lasted from 1000-1550 A.D.

Later, another examination of Alligator Mound proved it was older than even the Fort Ancient culture dated, likely originating with the Adena culture thousands of years earlier. However, it is also possible the Fort Ancient culture used the site for their own purposes. Although effigy mounds are rare in Ohio, they are common in the upper Mississippi Valley and prevalent in some western states such as Wisconsin. There is a belief that the prehistoric people had an extensive trade route established and used the rivers to their full advantage, as, like most mounds, Alligator Mound is close to a water source. Many other known sites of habitation have contained materials that could not have gotten there in any other manner.

In the 1840s, the Alligator Mound was nearly bulldozed to make room for the residential neighborhood that surrounds it today. The developer agreed to stop the project, but the mound was used as a pasture for several years. Interest in preserving Alligator Mound did not begin until 1971, when it was placed on the National Register of Historic Places. In the 1980s, the current 1.5 acres the mound is on was set aside. The mound is now owned by the Licking County Historical Society and is preserved as a small park for the community.