In 1895, Ephraim Wells opened this historic hotel, which is now listed on the National Register of Historic Places. The decision to create the hotel was fueled by the oil boom of the late 1800s, which brought travelers, investors, and laborers to the city who needed lodging. The history of the hotel mirrors the periods of economic growth and stagnation that have affected the region over the past century-and-a-half, and for many years, the hotel was either in disrepair or not open to the public. Thanks to recent renovations, this historic West Virginia hotel and restaurant is once again welcoming travelers with meals and overnight accommodations.

The Wells Inn, originally opened in 1895 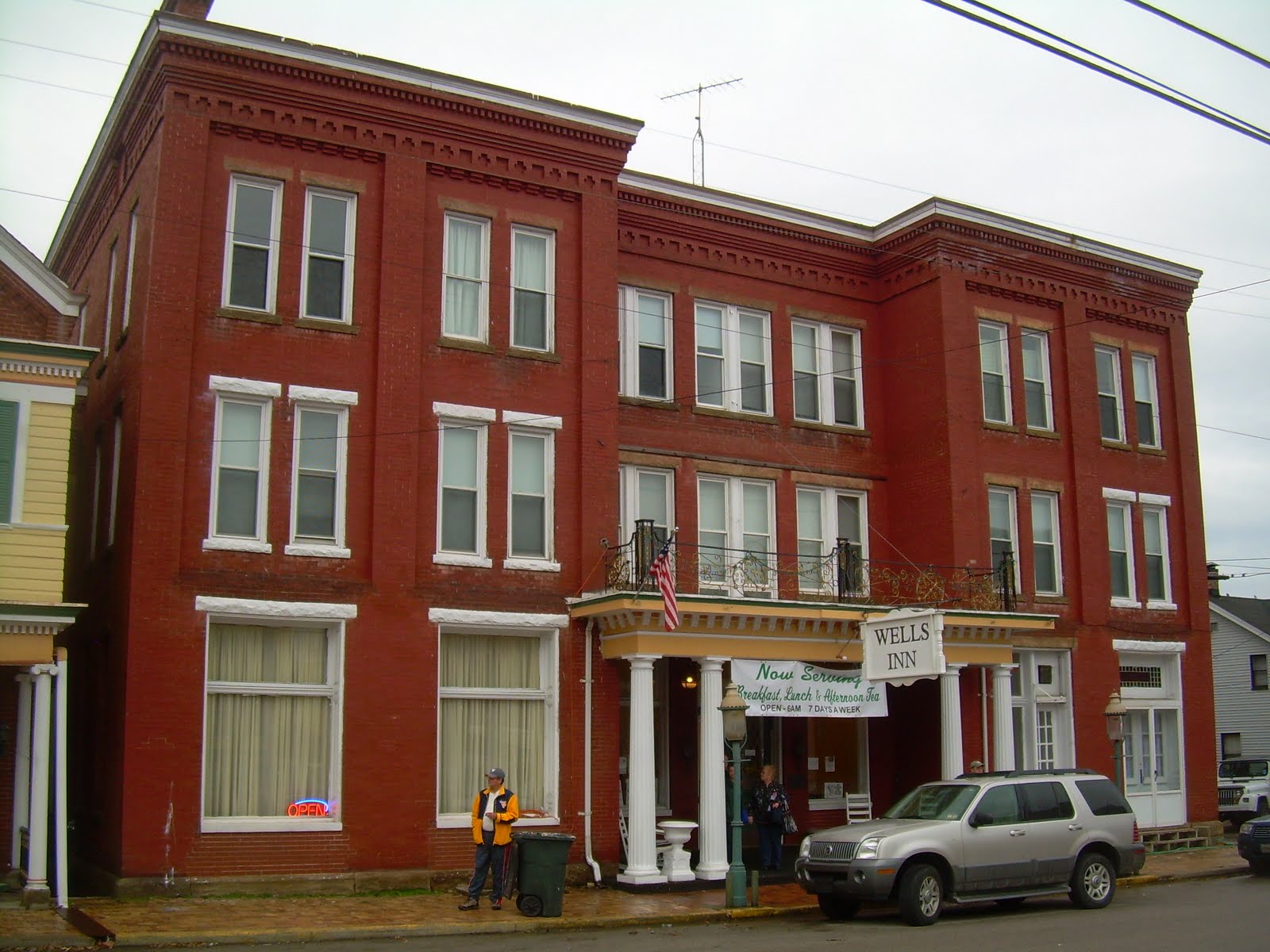 "Hotel Wells," printed on the side of the building. 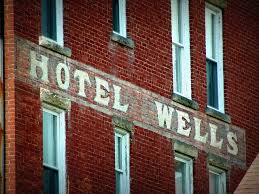 The Wells Inn was established by Ephraim Wells, grandson of Sistersville founder Charles Wells, in 1895. The hotel was built to offer meals and lodging for travelers to the city and workers during the oil boom at the turn-of-the-century.

In addition to modest rooms for laborers, the inn offered accommodations for entrepreneurs and travelers of relative wealth and was considered one of the finest establishments between Wheeling and Parkersburg, West Virginia. The inn has a two-story verandah, and the interior of the two-story inn features 1890s decor, mosaic tile flooring, tiled fireplace, and oak wood furnishing.

The hotel's fortunes have reflected the overall business cycle, with periods of closure and on many occasions, the property has changed hands. In 1994, the hotel sustained major damage from a winter storm, and many feared that the building would be closed for good. However, the Boyd family who was previous owners decided to purchase the inn and renovated it completely by adding modern features and new amenities such as an indoor swimming pool and exercise room.

The inn was added to the National Register of Historic Places in 1972. The current owners, Charles and Kim Winslow, are continuing the work of restoring this historic small-town hotel. The inn is now open and provides travelers with food and lodging.