In the center of Jackson, Wyoming, George Washington Memorial Park has been nicknamed Jackson Town Square. The park is famous for the main entrance arches, composed of thousands of elk antler sheds donated by the nearby Nation Elk Refugee. The park was established as Jackson Town Square in 1934. The town of Jackson is surrounded by two famous national parks, the Bridger Teton National Forrest, and the Grand Teton mountain range, coining the name Jackson Hole. Jackson Hole provides a taste of the wild west, with rich Native American and Reconstruction era history. George Washington Memorial Park is the cultural heart of the Jackson Hole valley.

One of the famous elk antler arches 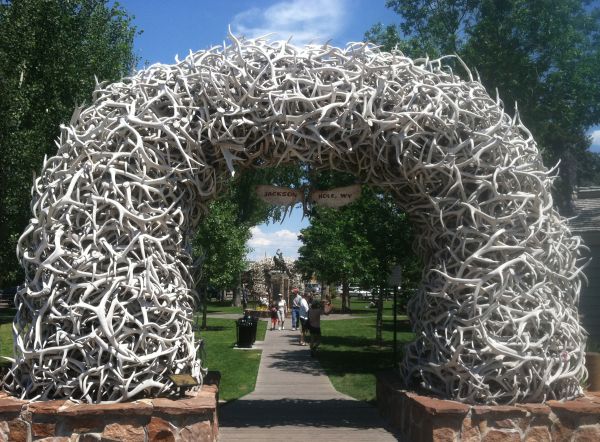 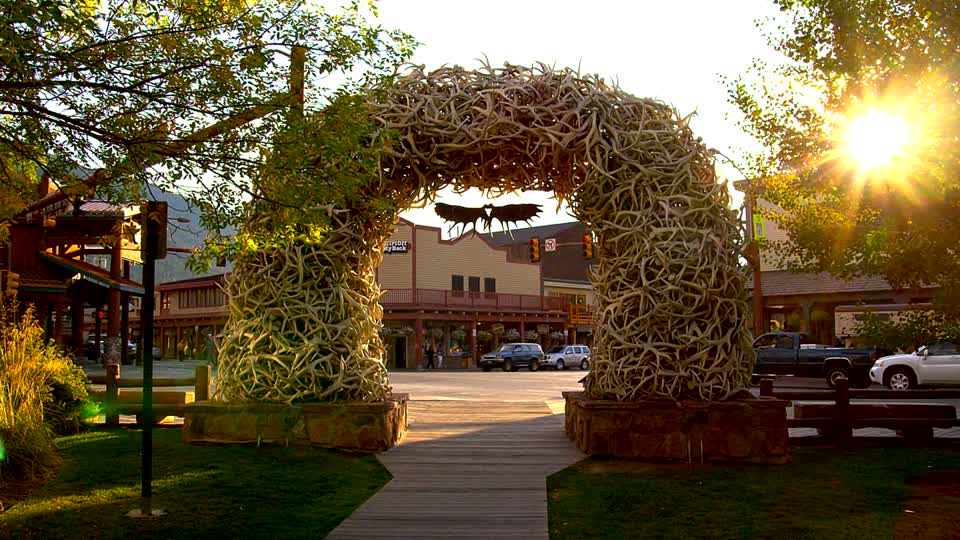 Memorial to John Colter in the center of the park 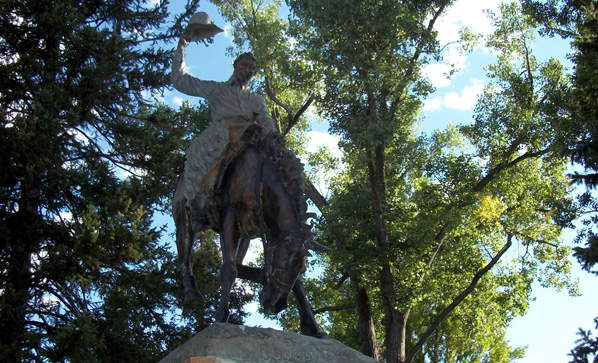 In the winter of 1808, John Colter explored Jackson Hole during the return journey of the Lewis and Clark expedition. He is the first known person of European decesent to travel what is now Yellow National Park and the Teton Mountain range. The land was first claimed by tribes such as the Blackfoot, Crow, Bannock, Shoshoni, and Gros Ventre. The land itself was named after mountain man, David Jackson.
Jackson Town Square began as a clearing in the middle of town, serving as a common area for the people. Occasionally, the land was used by migrating elk. In 1917, the town obtained the title of the land. They leveled the land and later planted trees, recognizing it as a town square park in 1924. A memorial was dedicated to John Colter at the center of the park in 1939. Later, the town square was renamed in 1976 by the United States Bicentennial to honor the 200th anniversary of Washington's birth. At every entrance, the park has established elaborate archways collected from the fallen antlers of the Jackson elk. Boy Scouts and volunteers spend nearly a week at the National Elk Refuge collecting the antlers. Antlers are used to build and maintain the archways, and as items to be auctioned in the Jackson Hole Annual Elk Fest. One single arch is more than 12,000 pounds of antler. Collecting the antlers prevents the illegal hunting and poaching of the elk. Approximately 9,676 pounds of antlers are collected every year.
In 2009, Jackson was recognized as a Preserve America Community. In the summer time, tourists may enjoy daily carriage rides or old fashioned shootouts at the park. In the winter, Jackson Hole is a prime spot for skiing. No matter the weather, Jackson Town Center is known for persevering the history of its small town. The territory is known for its historical advances in gender equality (Jackson elected the first all-female city council in 1920) and Native American foundation.
Jackson, Wyoming aims to preserve its rich western history. Although tourists may come for the outstanding ski resorts, they return to enjoy the beauty of the national parks, mountain ranges, museums, and old-fashioned ways of life. Jackson Town Square is surrounded by local businesses, restaurants, art galleries, and retail shops, making it the cultural and mercantile heart of Jackson.

Last updated by Kristin Workman (Instructed by David J. Trowbridge, Marshall University) on May 3rd 2017, 1:45:30 am.