The Embassy of Australia

The Embassy of Australia in Washington, D.C. is an extension of the Australian government, but is home to more than just diplomatic affairs. The embassy is run by Australia’s Ambassador the Honorable Arthur Sinodinos AO and Head of Defense Staff Major General Freeman, and aside from defense, security, education, and foreign policy, it is the location of extensive cultural art exhibitions and prestigious parties. In addition to the embassy in Washington, D.C., several consulates are located around the country: such as, Chicago, Honolulu, Houston, Los Angeles, New York, and San Francisco. Currently, the embassy in Scott Circle is undergoing construction, and business is being held in a temporary location on the National Geographic campus.

This painting, by Billy Joongoora Thomas, was created in 2004. "Travels of the Black Snake" was created using natural earth pigments and canvas. 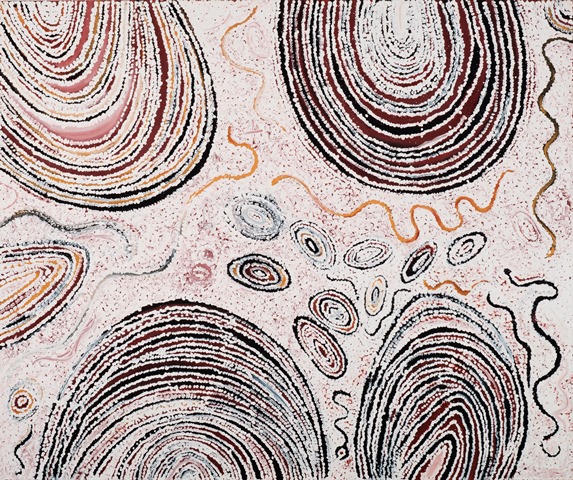 This memorial, previously housed at the Embassy of Australia, ensures the remembrance of those who lost their lives in the crash. 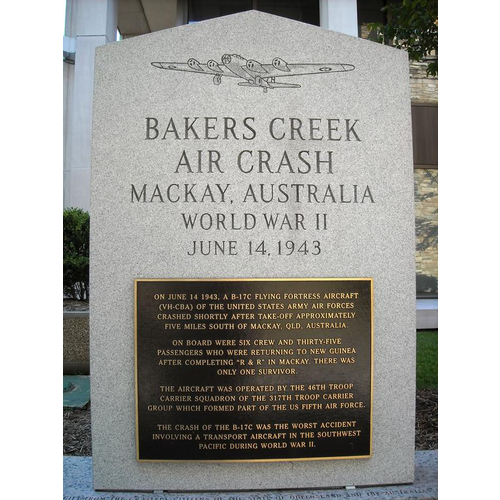 In 1940, Richard Gardner Casey arrived to found the legation of the Embassy of Australia at the residence at White Oaks on Cleveland Avenue in Washington, D.C. Since that time, the embassy has been moved to a more prestigious location in the neighborhood, but has remained a symbol of diplomatic and cultural affairs. Before securing its permanent location in Scott Circle, a site that was sought for by eight other countries, the embassy was moved to two other locations and leased four others, with the Chancery moving up and down Massachusetts Avenue. In 1967, Paul Hasluck, who was Australian minister for external affairs at the time, and Dean Rusk, who was then U.S. secretary of state, held an official ground breaking ceremony, and by November of that year, the Australian flag was raised in a topping out ceremony as the building was completed. To give the building an authentic feel, the Chancery was designed by an architectural firm based in Melbourne named Bates, Smart and McCutcheon, and contained Australian walnut timber, wool furnishings, and even doors designed and manufactured in Australia. On June 20, 1969, Right Honorable Lord Casey opened an inauguration ceremony for the embassy, marking the day that would be celebrated annually as the embassy’s true opening.

The Embassy of Australia operates as the base of an array of affairs in the United States. Some of those include trade, intelligence, defense, national and international security, foreign policy concerns, and Australia’s innovation sector in areas such as international education and tourism sectors. It is also home to Australia’s largest defense mission, with over 500 Australian Defense Force personnel in the U.S. It is also the first Australian diplomatic mission to a foreign country outside the Commonwealth to be included in the Commonwealth heritage list. In the 1990s, the Congressional Affairs branch was established to meet the needs of extending Australian influence abroad. The embassy, however, is not just home to the many diplomatic affairs that take place there, and is also the site of cultural art exhibitions and prestigious gatherings.

Meetings, lectures, receptions, parties, dinners, and annual events, such as ANZAC, which commemorates Australians and New Zealanders who served and died in war, are held in the location as well. The location also held a party in honor of 500 carats of pink diamonds from the Argyle Diamond Mine in Western Australia that were donated to the Smithsonian. At these events, it is typical for academic, sporting, and cultural legends to appear, such as musician Keith Urban, Indy500 Champion Will Power, and Quantum physicist and 2018 Australian of the Year Professor Michelle Simmons. The embassy’s cultural program has also showcased over 200 artists in the collection and gallery. In 1969, an inaugural exhibition presented Aboriginal artworks and objects of Indigenous Australia, and by 2019, a then 20-year partnership with Kluge Ruhe Museum at University of Virginia had seen the embassy present over 15 major exhibitions of Indigenous art both at the Chancery and across the U.S., with some containing abstract pieces concealing sacred meanings.

Temporarily, the embassy housed a memorial to a plane crash in Baker's Creek in Queensland, Australia. The crash, which occurred during World War II, claimed the lives of almost everyone on board, leaving only one survivor. The crash was the worst aviation accident that occurred during the war, and it was one of the deadliest aviation accidents ever to occur in Australia. The memorial is now housed in Arlington, Virginia (4). The embassy also creates an annual Christmas light instillation, the infamous kangaroos of which were drawn in an illustrated children’s book.

On June 20, 2019, the Embassy of Australia celebrated its 50th anniversary, and by November of that year, transferred their affairs to a temporary Chancery on the National Geographic campus, housed at the corner of M and 17th Streets in Northwest D.C. On November 18, the Australian flag was raised at the new site. The temporary placement was in preparation of construction of a new embassy building, to be built in place of the old one in Scott Circle, that will be unveiled in 2022. The same architectural firm as the last, Bates Smart, is once again in charge of the new building’s design, but this time, with a more environmentally-friendly approach. The building is formally registered with a Green Star rating for its thermally efficient façade, green roof with photovoltaic array, and use of natural light. It also embodies the geography of Australia, with “bright and clear natural light and open skies, warm materiality, and vast scale,” according to the embassy’s website. It will also include a large, glass atrium and an open public space with an exhibition gallery and view of the White House.