Founded in 1837, United Hebrew Congregation is the oldest Jewish congregation in the state and claims to be the oldest west of the Mississippi River. At the time of its founding, it was the 20th synagogue in the country at the time. Today, it is a large, vibrant congregation with many opportunities for members to socialize, attend various community-building and educational programming, and participate in social justice activities. The congregation also offers religious schooling (and Hebrew classes) for children from pre-K to 12th grade. United Hebrew is a Reform congregation and today reads the first Torah written by a woman scribe.

The United Hebrew Congregation, established in 1837, is the oldest Jewish congregation in the state. 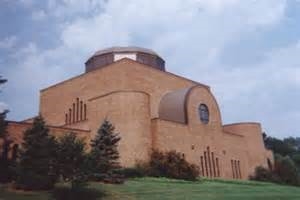 United Hebrew is somewhat unique among congregations in that it has not merged with other congregations nor has it suffered from a large decrease in the number of members. Though it is Reform today, it took several decades before it finally became Reform. It joined, then withdrew, then rejoined again the Union of American Hebrew Congregations (now Union for Reform Judaism) in 1878, 1885, and 1904, respectively. Over the years the congregation has had six locations, four of which were built from the ground up two of which were former churches. One of the temples the congregation built is now the Missouri History Museum Library and Research Center. The current location began as an educational center in 1977 and the sanctuary was built in the 1980s.