Commissioned in 1775 and constructed in 1783, the Debtor's Prison was originally intended as a jailer's house. It was not until the early nineteenth century, following necessary repair work, that it was decided to switch it to a debtors' prison. It served this purpose until 1849, when Virginia abolished imprisonment as a punishment for debt. The old prison would be left alone until 1909, when it was entrusted to the Drummondtown Branch of the Association for the Preservation of Virginia Antiquities. It was added to the National Register of Historic Places in 1976. 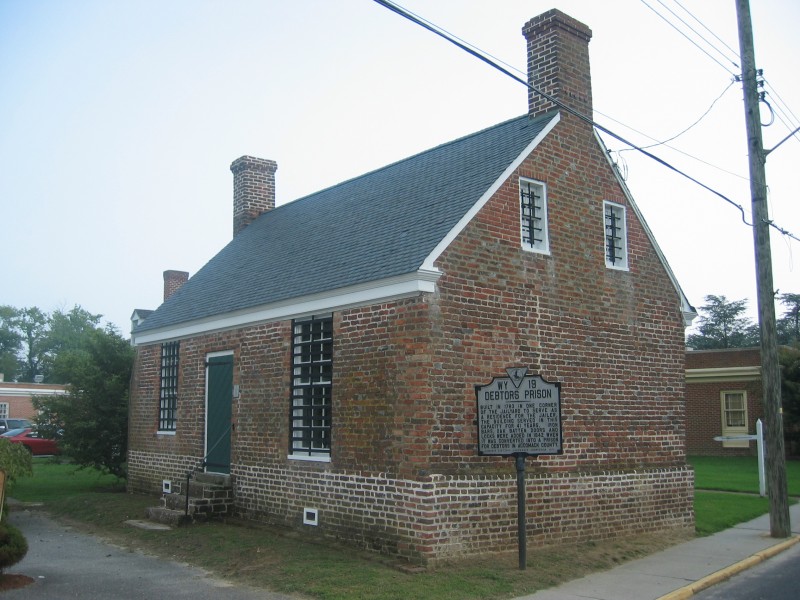 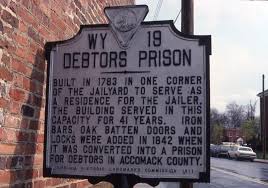 Commissioned in 1775, the Debtors' Prison was intended to be housing for the jailer of the Accomac county jail. It would serve as such until 1826, when repairs were required. Once it was pointed out that the law did not require the county to provide housing for the jailer, the decision to convert the building into a debtors' prison was swift. It would operate as such until 1849, when Virginia abolished the imprisonment of debtors.

Little was done with the building until 1908, when it was entrusted to the Drummondtown Branch of the Association for the Preservation of Virginia Antiquities. A partial restoration of the building was done in 1911 as they converted it into a library. A full restoration would occur in 1953, nearly twenty years after the library was closed.

At the time of its construction, the building was part of a larger jail complex, occupying the southeast corner of the 70 foot courtyard. The structure itself is a one-story, three-bay red brick building, approximately 18 feet by 30 feet, with a pair of chimneys on either side of the building. Following the 1953 restoration, the interior was refurbished to resemble a typical 18th century home and turned into a museum. It was added to the National Register of Historic Places in 1976 as one of only three debtors' prisons on the list.