The Lewis Farm was a piece of land gifted to Nicholas Meriwether by King George III in 1735, upon which he built his home. Though the house burned down several decades later, the property was passed down to his grandson, Nicholas Lewis, and served as the headquarters of British Lt. Col. Banastre Tarleton during the Revolutionary War. A new house would be built on the property in 1826 following its purchase by John A. G. Davis, which still stands today. The property would see use as a military headquarters once again during the Civil War by Brigadier General George Armstrong Custer. Since then, the property has been reduced to one acre, a far cry from what it used to be. 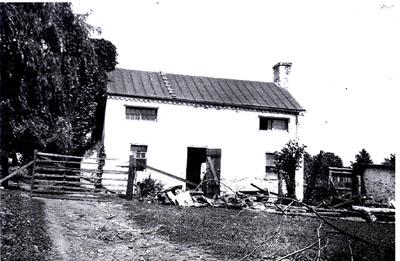 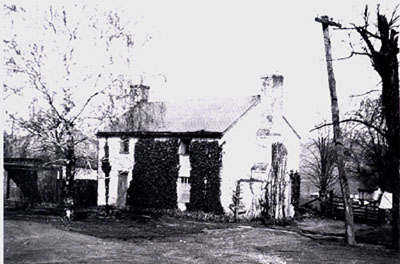 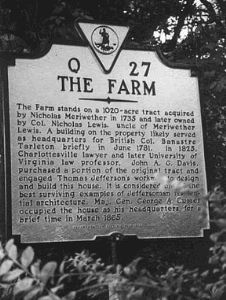 The Lewis Farm was part of the 19,000 acres granted to Nicholas Meriwether by King George III in 1735. Meriwether would pass the land down to his grandson, Nicholas Lewis, following his death. Consisting of approximately 1,000 acres, the specifics of the house constructed on the land are unknown due to burning down before the turn of the century. Due to Lewis' friendship with Thomas Jefferson, the estate was occupied by Lt. Col. Banastre Tarleton during his pursuit of the latter in the Revolutionary War.

A portion of the property was bought in 1825 by John A. G. Davis, who had a new house constructed and completed by 1826. Davis was a professor of Law at the University of Virginia and one of the first to live in Pavillion X before his death in 1840. Following this, Brigadier General George Armstrong Custer used the house for his headquarters for three days during the Civil War.

The house built in 1826 is a 2 story brick structure with a slate roof, two chimneys, and a portico. Few alterations have been made to the building since its construction, but these changes include a gutter system on the roof, adjustments to windows on the west and east sides, and an addition to the northern face of the house. The Farm was added to the National Register of Historic Places in 1982 before being purchased in 1993 by architects Michael Bednar and Elizabeth Lawson, who made some restorations to it, such as the addition of the gutter system. By then, the property had been reduced to only 1 acre.