The Ringling Estate is a large property featuring many historic buildings and tourist attractions including the John and Mable Ringling Museum of Art; the Ringling Circus Museum; the Ca'd Zan, a historic mansion; and the Historic Asolo Theater. The estate is named after John and Charles Ringling, two of five brothers who founded the Ringling Bros. & Circus in 1884 in Baraboo, Wisconsin (it later merged with the other famous company Barnum and Bailey Circus). The entire site comprises the Caples-Ringling Estates Historic District, which is listed on the National Register of Historic Places. The name Caples refers to Ralph Caples, who was good friends of the Ringling Brothers and a successful Sarasota developer.

The John and Mable Ringling Museum of Art houses a world-renowned collection of 20th art. 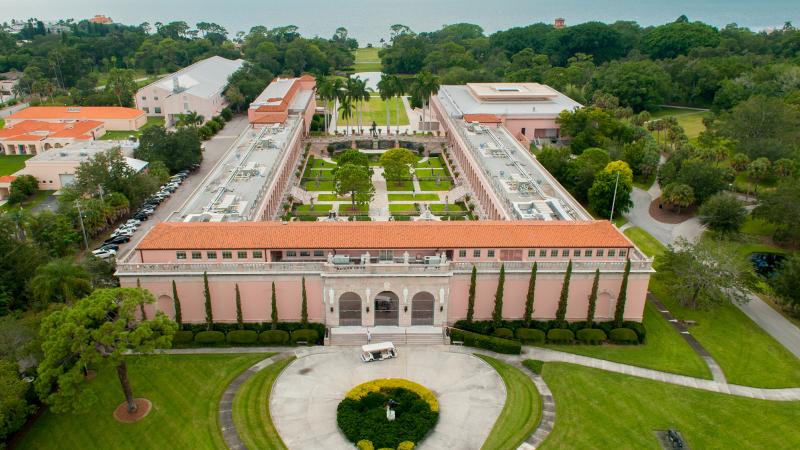 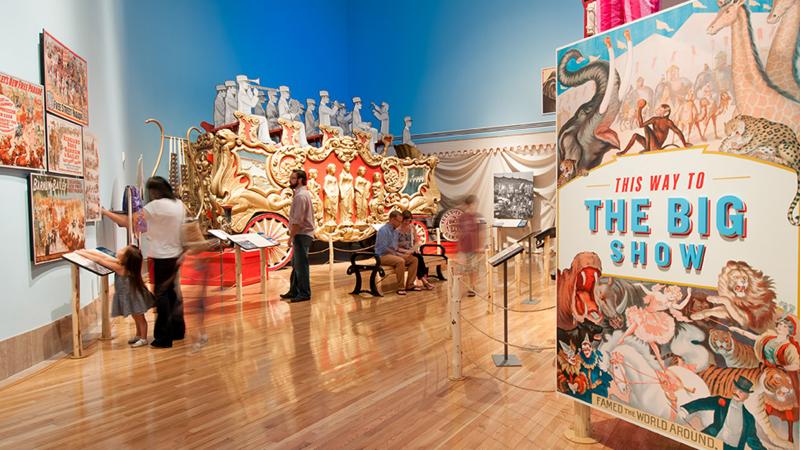 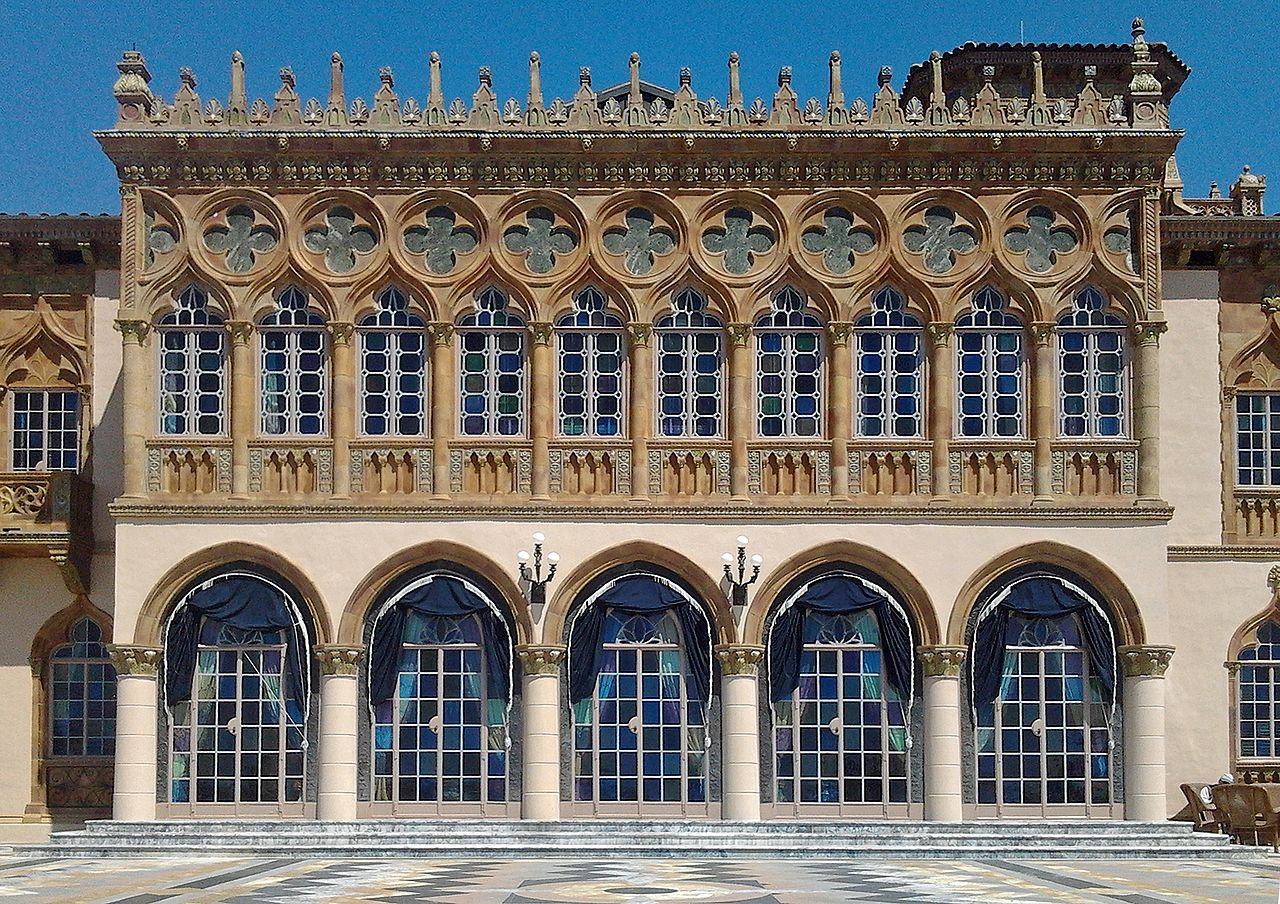 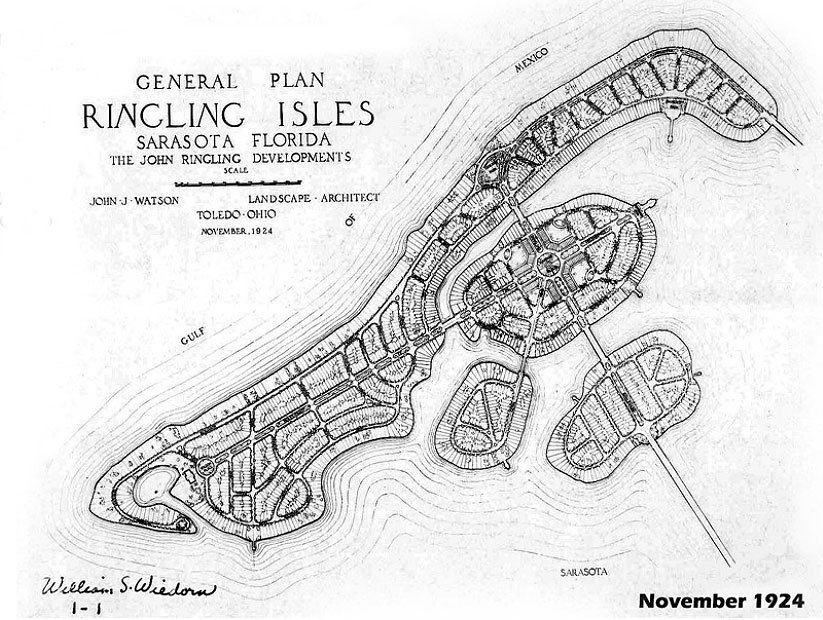 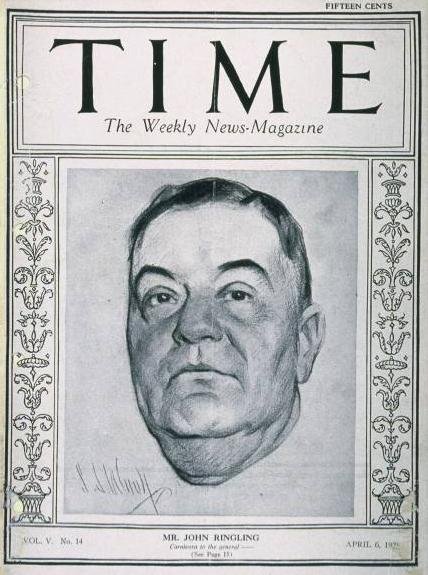 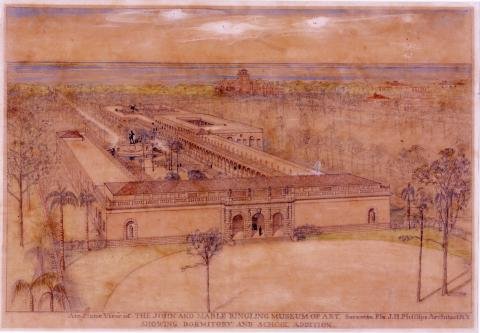 Construction of the museum 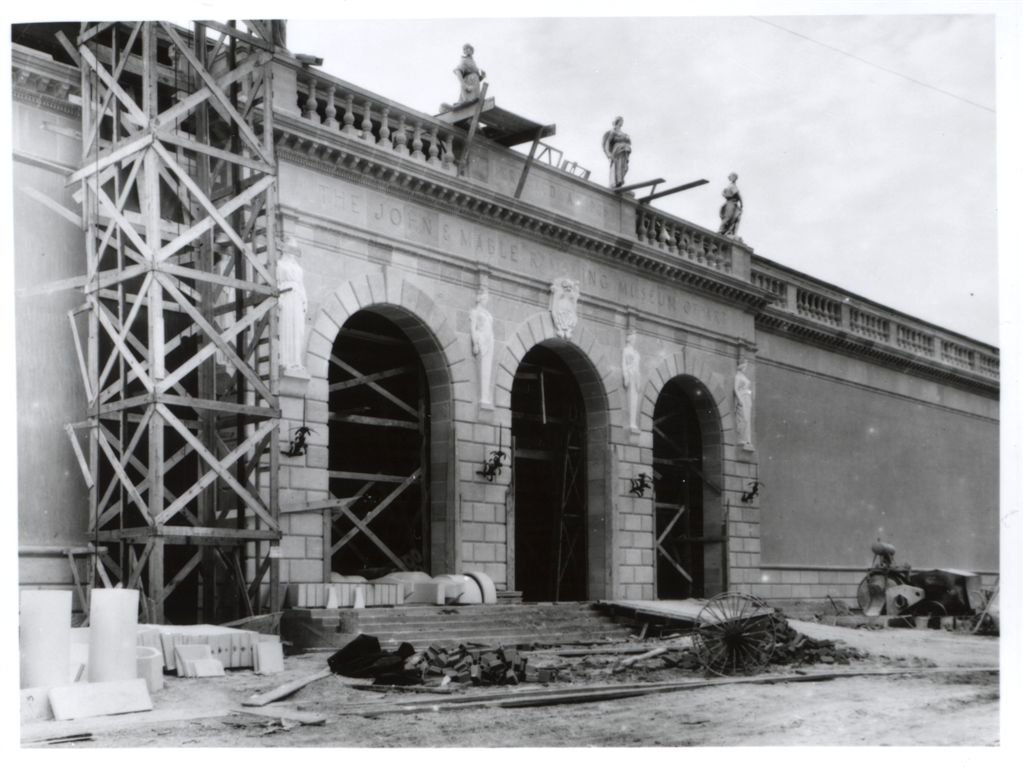 Opening day of the museum. 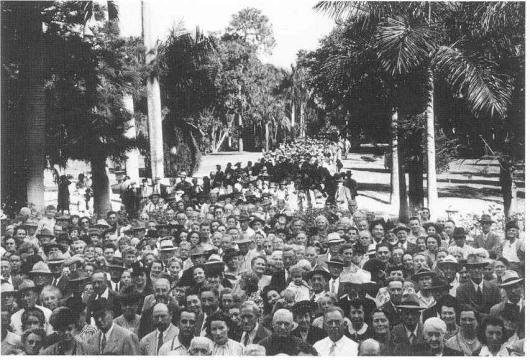 The John and Mable Ringling Museum of Art

The John and Mable Ringling Museum of Art in Sarasota, Florida first opened its gates in 1931. This museum offers a prodigious collection of art in many mediums and time periods. It also offers decedent gardens, historic buildings, an extensive art library, and a circus museum. This museum is designated as the official state art museum of Florida.1

The success of this location relies heavily on the events leading up to its modern day rendition. In the year 1871 five brothers named Albert, Otto, Alfred, Charles, and John established The Ringling Brothers circus in Wisconsin.2 The circus was a great success and provided the family with substantial wealth. In the 1920s the Ringling Brothers moved to Sarasota and decided to make it the hub for their circus.3

John Ringling and his wife Mable are the founders of the museum. Him and his wife had a passion for collecting art. They would make frequent trips to Europe in order to accumulate pieces from classic masters such as Anthony Van Dyck, Peter Paul Rubens ,and many more. Their collection grew rapidly in a short period of time.4

In 1925 John Ringling announced his intentions to open an art museum on his estate as a way to memorialize him and his wife. He sought out the architect John H. Phillips with goal of reminisce Italian design. It was sought out for both  art and design to come together to make a harmonious experience. All of the decorative material for the museum were purchased and shipped from Italy. Lots of a care and planning was put into the creation of the museum in order to ensure an elite experience.5

By 1928 the museum was finally complete. It featured a memorable u-shaped court yard, various galleries, and some of the few brown duplicates of famous Italian sculptures. Many locals considered the museum to be mysterious because it took several years to open to the public with unusual shipments being brought to the location regularly. The doors were finally opened to the public in 1930 as a gift to the people of Florida from John Ringling. It took him 25 years in order to accumulate his collection for the museum.6

Upon first opening the museum displayed 500 works and many visitors thought of it as a decorated storage unit. The museum was then closed again as John Ringling was dissatisfied with the collection as well as the press behind it. Newspapers stated that the collection looked more like a storage unit than a museum. The museum would steadily decline due to the Great Depression and limited openings. Pieces began to get auctioned off and the building was poorly maintained.

Few additions such as the Asolo Theater were opened in 1954 as well as the circus museum in 1948 but the state of the museum was steadily declining.7

In the year 2000 The John and Mable Ringling Museum was passed onto Florida State University.8 The university provided funds to the decaying museum and a supportive community donated money in order to restore the grounds. In addition to the restoration a visitor center was added, the Asolo theater was relocated, and more education centers were added to the grounds.

Many critics claimed the reopening as the Ringling Renaissance.9 The finally reopening allowed the museum to achieve the vision that John Ringling tried so hard to achieve. Galleries were finally able to provide a cognitive experience and blend galleries into a neat flow. The court yard could host cultural events and served as a hub for aspiring artist. New management and a strong community were able to bring the location together.

In conclusion the creation of The John and Mable Ringling Museum was revolutionary for the time. Upon its creation their were no major museums in the south and Ringling was able to provide a stepping stone to create well rounded museums with the intent to enhance local culture. It was also able to display that Florida had the capacity to become a state were people were able to live a lavish life in the 20th century. Although it took several decades to achieve its prestige it will always be a prime example of how the arts can bring a community together.

The museum was founded in 1948 and was the first of its kind to preserve and promote the history of circuses. The idea for the museum originated from A. Everett “Chick” Austin Jr., who was Ringling’s first director. By the time the museum opened, the company had acquired lots of items and memorabilia so the idea for a place to showcase them to the public made sense. So many items were collected because many performers moved to Sarasota after the Circus made Sarasota its winter quarters in 1927.
In the museum you can find performers’ wardrobes, performing props, as well as all types of equipment, including beautifully carved parade wagons, sturdy utility wagons, tent poles, massive bail rings that suspended the tent canvas and even a cannon that shot fearless performers across the big top. There are also circus posters and newspaper clippings dating back to 1816. Visitors are also able to watch a movie entitled “The Life and Times of John and Mable Ringling.” Another important part of the museum is the Archives, which houses rare handbills, art prints, circus papers, business records, heralds, and photos.

Ca' d'Zan
After visiting Venice on one of their many travels to Europe, John and Mable were inspired to build a house modeled after the Doge's Palace. The house, which means "House of John," was built in 1926 and overlooks the Sarasota Bay. It features a beautiful front facade on the west side embellished by arches and fine detailing. The design of the house is irregular and the rest of the exterior has numerous artistic elements. Another prominent feature is the marble terrace with a staircase down to a dock.

Historic Asolo Theater
The Asolo Theater is a remarkable structure. It was built in 1798 in Cyprus in the town of Asolo. In 1855, it was renovated and remained and remained there until 1931 when it was dismantled and stored away in Venice, Italy. Then, in 1949, John Ringling bought it and had it shipped to Sarasota. After being underused for many years, the theater was restored in the early 2000s.

9. "History of the Ringling." The John and Mable Ringling Museum of Art. Accessed October 12, 2018. https://www.ringling.org/history-ringling.