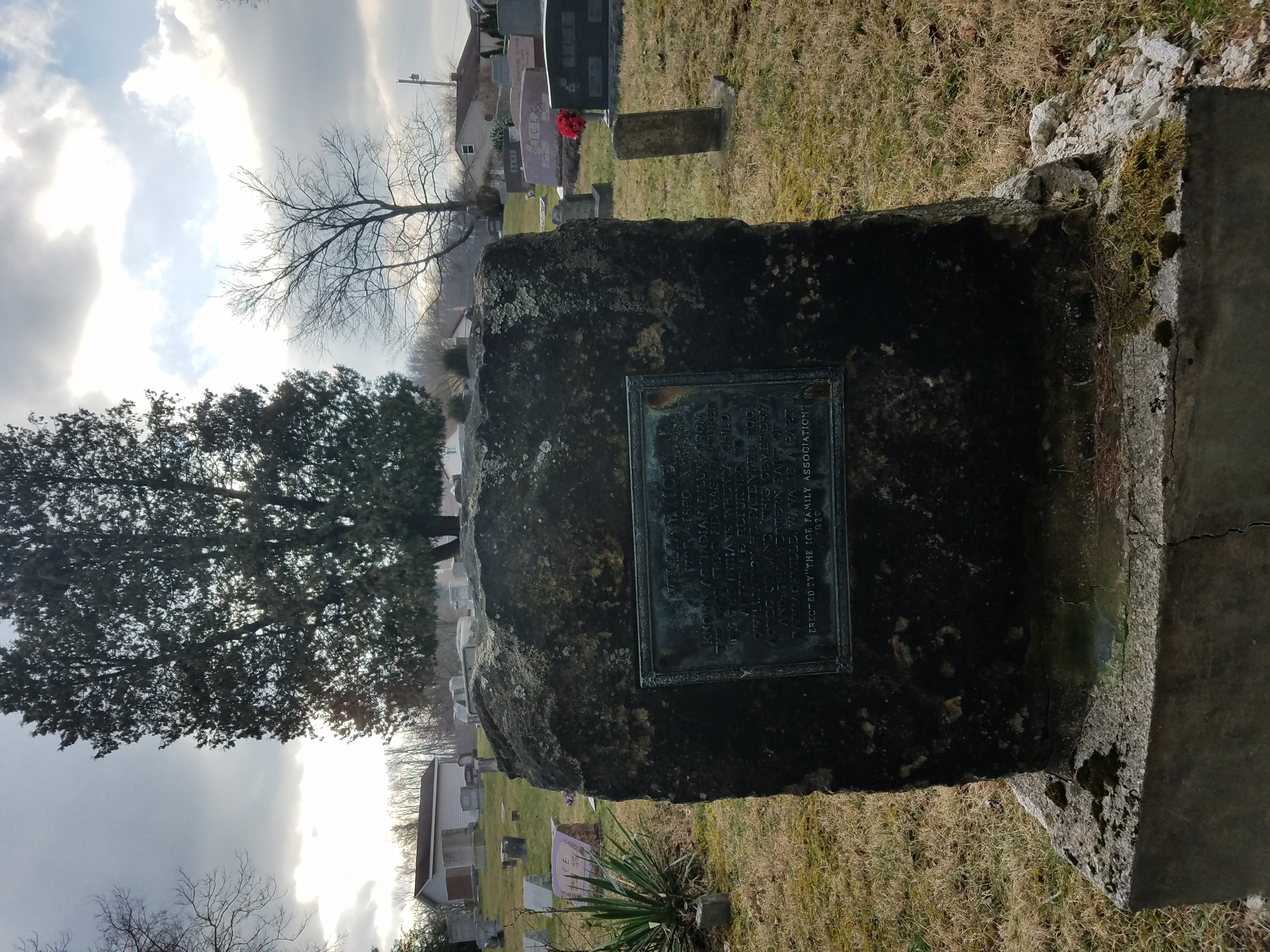 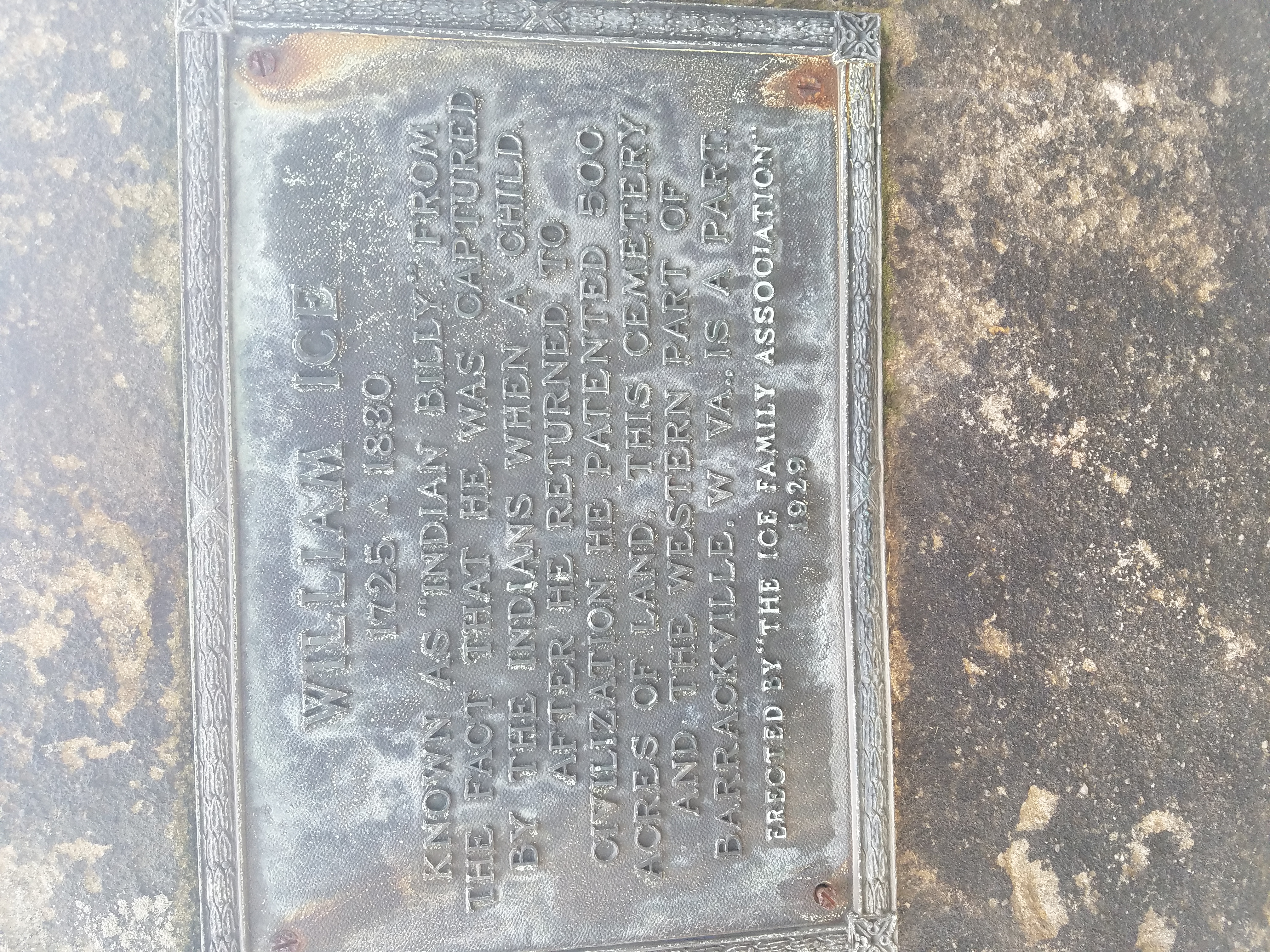 William Ice was born around 1730. He and his three siblings were captured in a Native American raid when his father left to trade goods near Winchester. This trip took several days and left the wife and children vulnerable at the homestead. When the two men returned they found that the Mohawk Indians had raided the homestead and taken Frederick’s wife and children captive. Billy’s sister Mary stayed with the tribe for the rest of her life. Billy lived with this tribe for five to ten years and was reportedly traded to the Shawnee by his Mohawk captors.

Billy was able to return by stealing a horse and arriving in Pittsburgh where he lived among French soldiers. He later served as a liaison for the French to communicate with the local tribes. Billy found work as a laborer and later enlisted in the Virginia militia based at Prickett’s Fort. He later purchased land near Barrackville and told many stories that were repeated so many times without being written that it is difficult to discern many of the precise details of his life. This monument serves as a reminder of the way many residents valued and repeated his stories of life on the frontier and among Native Americans.