Spectacle Island is a 105-acre parcel of land situated in the middle of the Boston Harbor. It has a varied history, starting out as pastureland for the early colonists. It eventually became a quarantine hospital, then a resort area for relief from the bustling city and was later developed into an industrial haven and garbage disposal area. Over the last several decades, the island has been cleaned up and transformed into a recreational area for picnics, hiking, and beaches. Visitors can take a ferry from the city to the island during the warmer months, from May to Columbus Day. 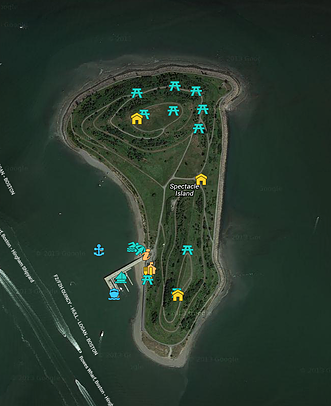 View of the City of Boston from the island, from: http://www.bostonharborislands.org/spectacle-island 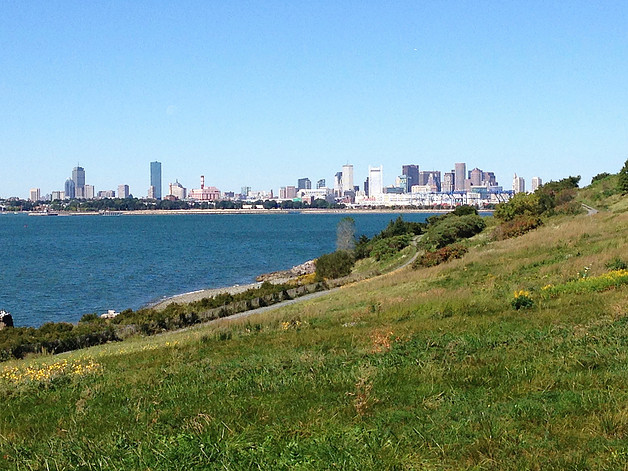 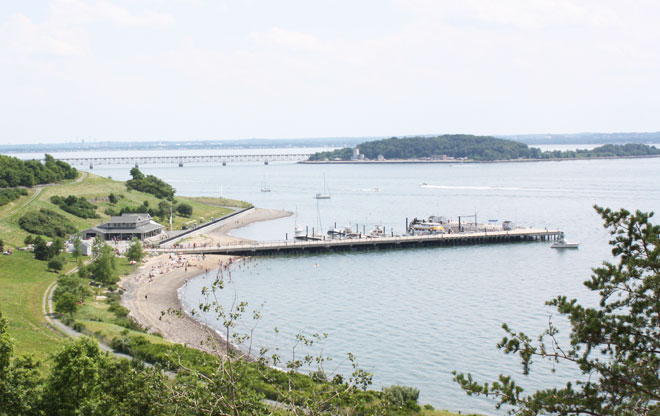 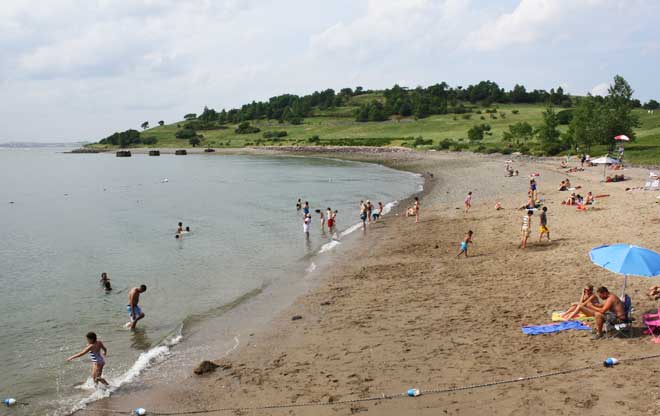 Island view. The building in the center of the photograph is the "green" visitor center. From: https://www.asla.org/guide/site.aspx?id=40524 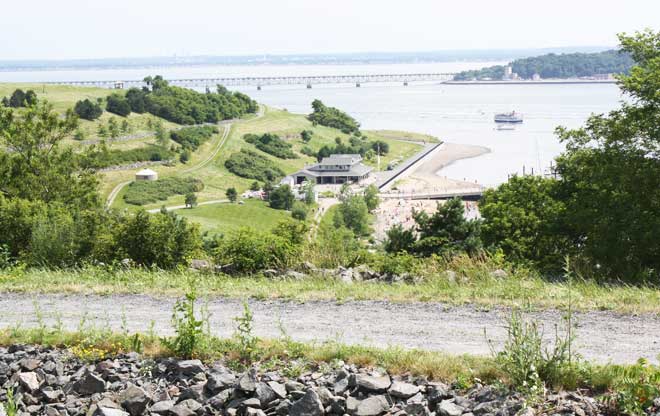 Spectacle Island sits in the middle of the Boston Harbor.  The land was rented to the people of Boston during the mid-seventeenth century to be used for farming.  Initially, the colonists farmed the timber on the island and used the open space as pastureland.

In 1717, a quarantine hospital was established on the island. The hospital operated for twenty years before being closed in 1737.  The hospital confined smallpox victims from neighboring areas during this fateful epidemic.  The epidemic came to Boston in at least two waves.  The disease was brought to Boston in 1721 on a British warship called the Sea Horse.  A few years later, in 1729, smallpox reemerged in Boston after it was imported to the city on a ship from Ireland.  The quarantine station was closed and a new hospital opened on nearby Rainsford Island.

Nearly a century later, in 1847, the first resort areas were opened on the island.  The people of Boston escaped the bustling city life and headed towards the quiet beaches of the island, just a few miles from the metropolis’ shore.  The resorts were a popular vacation spot for many years, until the industrial revolution spread to the island.  A horse rendering center and a grease remanufacturing plant opened on the island.  Spectacle Island became the home for a number of families who worked at the factory.  During this time, garbage was also dumped on the island, doubling the size of the land.   Garbage disposal ended in 1959, but the trash stayed there until cleanup efforts began in 1992.  By this time, the City of Boston was about a year into the construction of the Central Artery Tunnel (locally known as the “Big Dig”).  The planners decided to move the excavated materials from the Big Dig to Spectacle Island in order to cap the landfill.  These deposits continued to grow the size of the island, which now consists of approximately 105 acres.

It took a few years to clean the island of years of animal waste and industrialization.  The park was designed by Brown, Richardson and Rowe, who worked with soil scientist Dr. Phillip Craul, to develop a plan to grade and stabilize the fill on the site.   Plants, trees and grass have regrown on the island and it is now a beautiful spot for beaching, hiking, and picnics.   It was reopened for public enjoyment in 2006.

Today, the island park area is co-owned and operated by the City of Boston and the Massachusetts Department of Conservation and Recreation.

The park is open daily from sunrise to sunset, from the first ferry in May to Columbus Day. Supervised swimming is offered daily from June 23 to Labor Day.