This part of the tour takes visitors to the museum's original entrance, a lobby designed around an original mural by famed Missouri artist Thomas Hart Benton entitled Independence and the Opening of the West. The mural depicts the artist's intersection of the interaction of peoples in the mid-19th century, a time when Independence was a bustling frontier community at the confluence of the Sante Fe, California, and Oregon Trails. 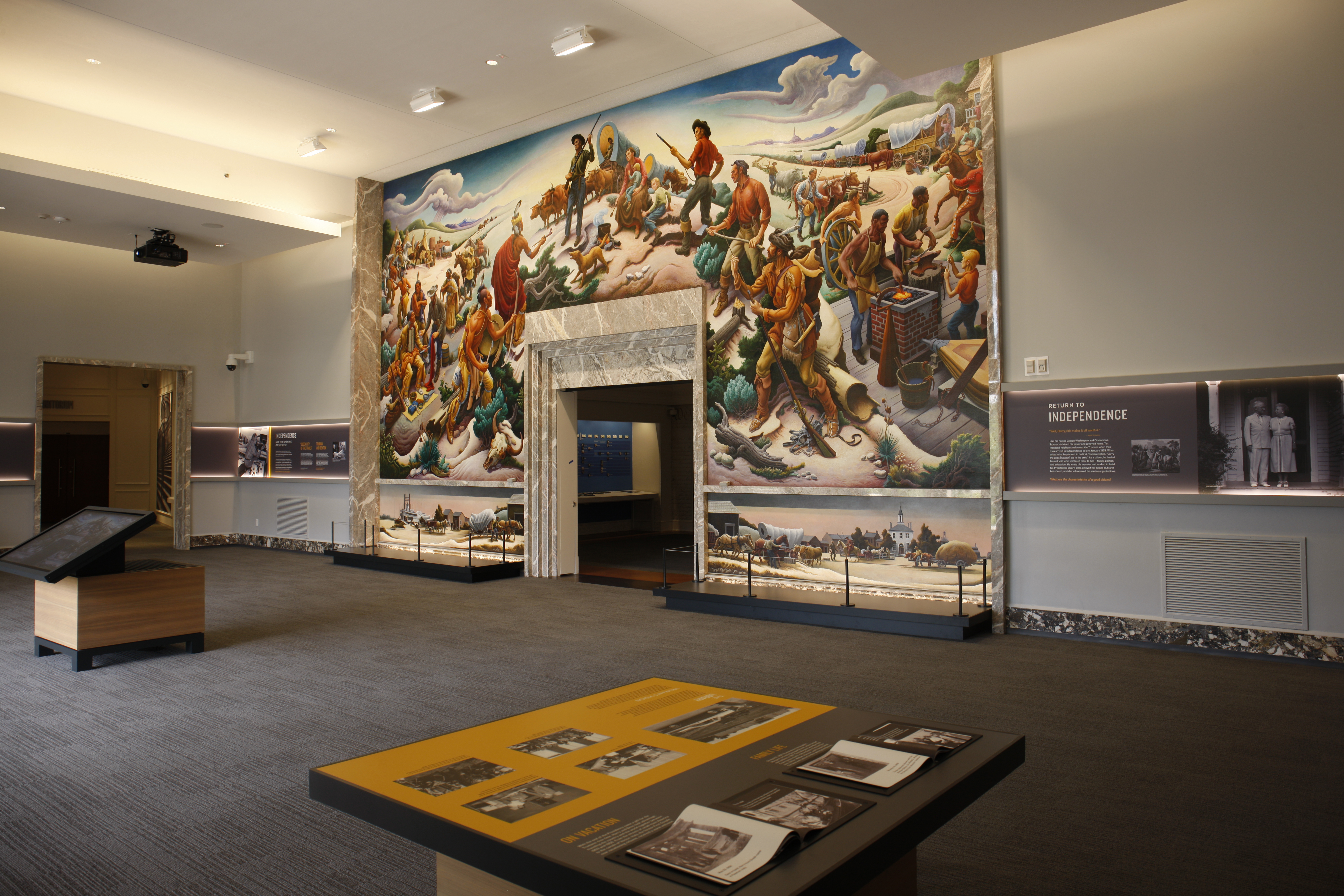