This gallery explores President Truman's domestic policies, including the extension and expansion of FDR's New Deal, a program Truman labeled as "The Fair Deal." The gallery also explores international relations with an emphasis on tensions between the United States and Russia, the origins of the Cold War, and the Truman Doctrine. 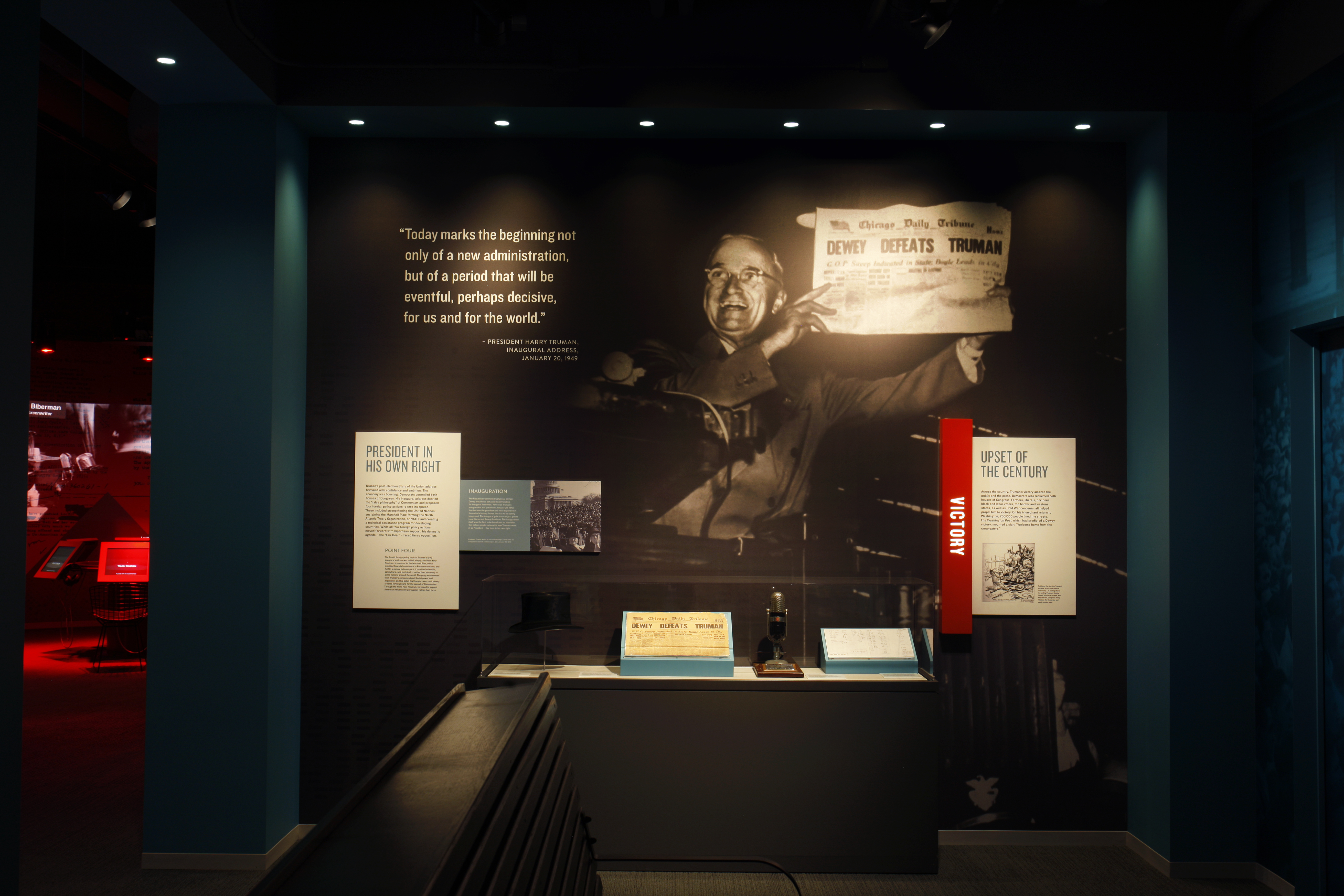 Truman’s approval in 1948 was at an all-time low. Still, he enjoyed being President. He threw himself into the challenge of his long-shot reelection bid with confidence and verve. His aggressive cross-country “Whistle Stop” campaign began nearly broke. Defections by southern “Dixiecrats” on the right and Henry Wallace supporters on the left endangered the party. Yet these setbacks only energized Truman. He predicted victory using his own electoral calculations. His win over the heavily-favored Republican candidate, Thomas Dewey, was one of the greatest upsets in U.S. political history

Few thought Truman could win. Some suspected Truman’s recent actions on desegregation and Israel were a cynical attempt to engage northern black and Jewish voters. After all, a secret 1947 memo by James Rowe and Clark Clifford noted these votes were essential. Yet his direct campaign approach was familiar and echoed his longshot 1940 Senate race. Flanked by Bess “The Boss” Truman and crowd favorite Margaret, he crisscrossed the country three times by train. He met with midwestern farmers and cheering crowds in Harlem. He stressed high prices and housing. He attacked the “Do Nothing” 80th Congress. In the last campaign where television did not play a role, Truman spoke directly to the voters.

Across the country, Truman’s victory amazed the public and the press. Democrats also reclaimed both houses of Congress. Farmers, liberals, northern black and Jewish voters, the border and western states, and Cold War concerns all helped propel him to victory. On his triumphant return to Washington, 750,000 people lined the street. The Washington Post, which had predicted a Dewey victory, mounted a sign: “Welcome home from the crow-eaters.” H.V. Kaltenborn, an NBC political commentator who called the race for Dewey on election night, gave Truman his microphone as a memento.