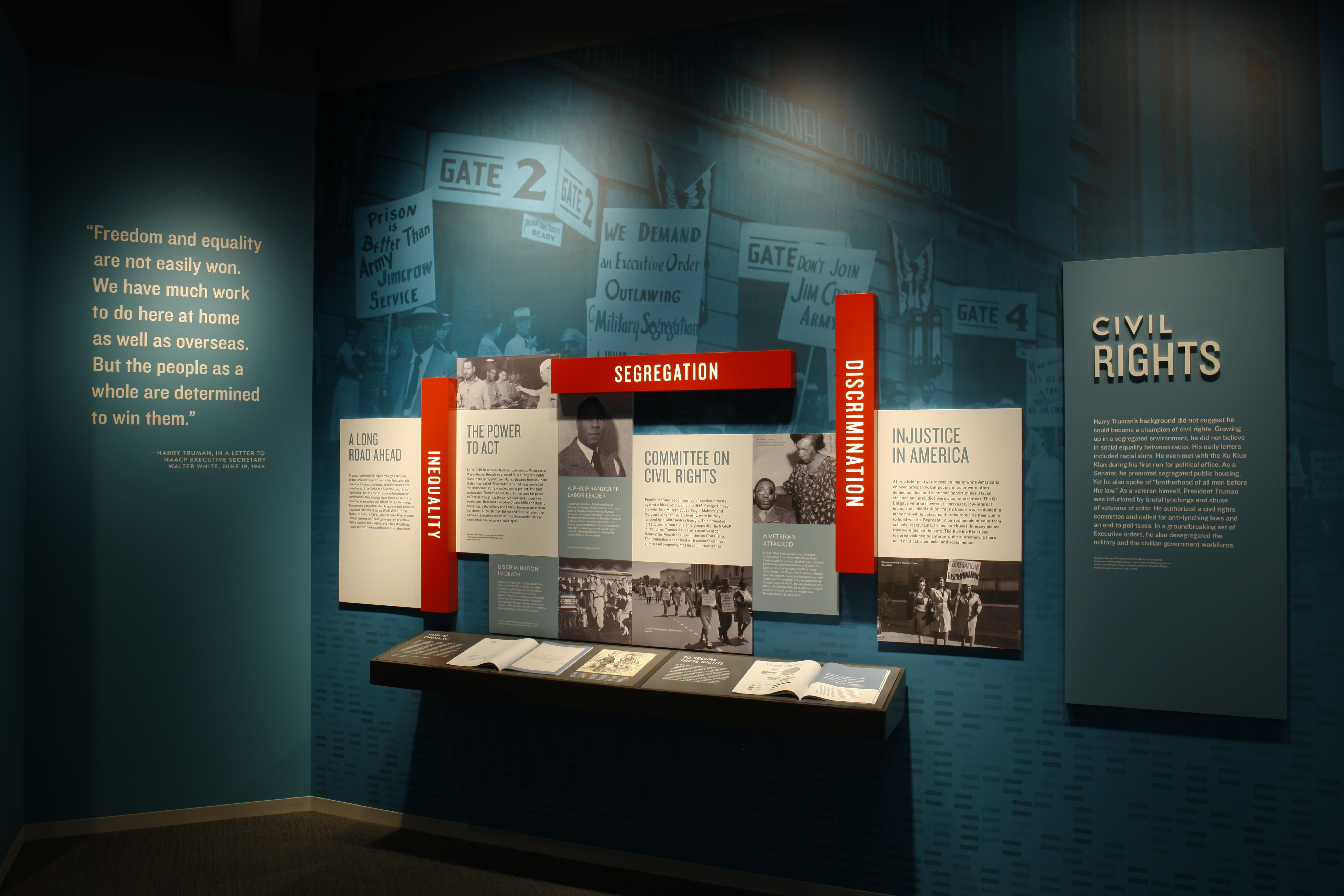 Harry Truman did not believe in social equality between races. He grew up in a segregated time and place. His letters included racial slurs. He even met with the Ku Klux Klan during his first run for office. As a senator, he promoted segregated public housing. Yet he also spoke of “brotherhood of all men before the law.” As a veteran himself, President Truman was infuriated by brutal lynchings and abuse of veterans of color. He authorized a civil rights committee. He called for anti-lynch laws and an end to poll taxes. He also desegregated the military and government.

After a brief post-war recession, many white Americans enjoyed prosperity. But people of color were denied many political and economic opportunities. Racial violence and prejudice were a constant threat. The G. I. Bill gave veterans low-cost mortgages, low-interest loans and school tuition. Yet its benefits were denied to many non-white veterans. Their families, in turn, could not build wealth. Segregation barred people of color from schools, restaurants, trains and buses. In many places, they were denied the vote. The Ku Klux Klan used terrorist violence to enforce white supremacy. Others used political, economic and social means.

While some progress began under Roosevelt, the Democratic Party was long controlled by a southern faction that opposed civil rights. At the 1948 Democratic National Convention, Minneapolis Mayor Hubert Humphrey pressed for a strong civil rights plank. The “Dixiecrats” walked out in protest. The split endangered Truman’s reelection. Yet he used his power as president to affirm the plank two weeks later. He issued executive orders 9980 and 9981 to desegregate the military and federal government. Though they did not end discrimination, the orders were a crucial step in the nation’s journey toward its constitutional ideals.