This gallery explores the issues facing President Truman the culminated in his decision to extend diplomatic recognition to the State of Israel, often over the objections of many of his advisors. Although contemporary polls revealed that this decision was unpopular with a majority of the American public, Truman later described his decision to recognize Israel as one of the proudest moments of his Presidency. 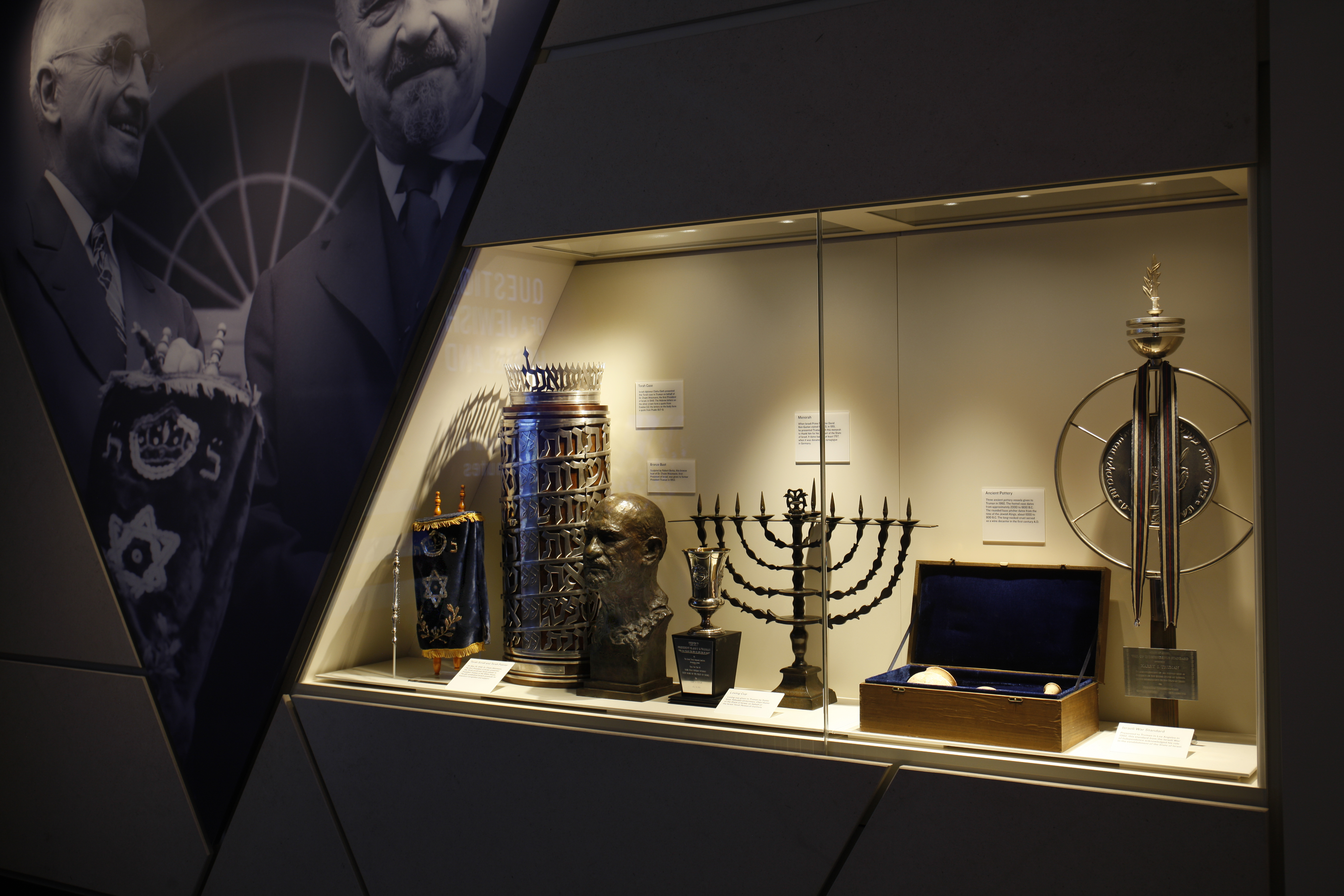 The call for a Jewish homeland began well before the war. The modern Zionist movement arose due to false, anti-Semitic propaganda in the late 19th and early 20th century. It was used as a pretense for mob violence, atrocities, and massacres of Jewish people called pogroms. During World War II Hitler pursued systematic genocide. Two-thirds of Europe’s Jewish population were killed. After the war, many Jews still could not safely return home. Some thought Jewish people should return to the historic Land of Israel. There they could establish self-rule and perhaps find safety.

As a senator, Truman helped his friend Eddie Jacobson secure visas for Jews fleeing the Nazis. Now as president, he was approached by Jacobson about Israel. This time, the request was that Truman meet with Chaim Weizmann, head of the World Zionist Organization. Truman refused. On March 13th, Jacobson entered the White House without an appointment. He pleaded Truman. Finally, Truman responded, “You win you baldheaded son-of-a-bitch.” Truman met with Weizmann on March 18th. He asserted that the U.S. would recognize the new state if the U.N. could not establish trusteeship over Palestine.

On May 12, 1948, President Truman and Counsel to the President Clark Clifford met with Secretary of State George C. Marshall and other key advisors. By now, a partition compromise was unlikely. Truman asked Clifford to state the case for recognizing Israel. Marshall, whom Truman called “the greatest living American,” rebuked Clifford. He suggested support was motivated by the Jewish vote in the upcoming election. Nearly all in Truman’s State Department advised against recognition. Arab nations might align with the Soviets and could cut access to oil.

On May 14, 1948, Israel’s first prime minister, David Ben-Gurion, read a Declaration of Independence. It announced the first Jewish state in nearly two thousand years. It would begin the next day at midnight. At 6 p.m. Washington time, the British Mandate expired. Eleven minutes later, President Truman issued recognition of the provisional government of the State of Israel on a de facto (in practice) basis. The Soviets issued legal (known as du jure) recognition on May 17th. The U.S. eventually followed suit, issued de jure recognition after the first Israeli elections in 1949.