This gallery explores the new challenges faced by the United States and President Truman including the rebuilding of Europe and Asia, an uncertain economy, and the rise of authoritarian regimes.

This urn was presented to President Truman by leaders of Belgium in 1946 at a ceremony at the White House. 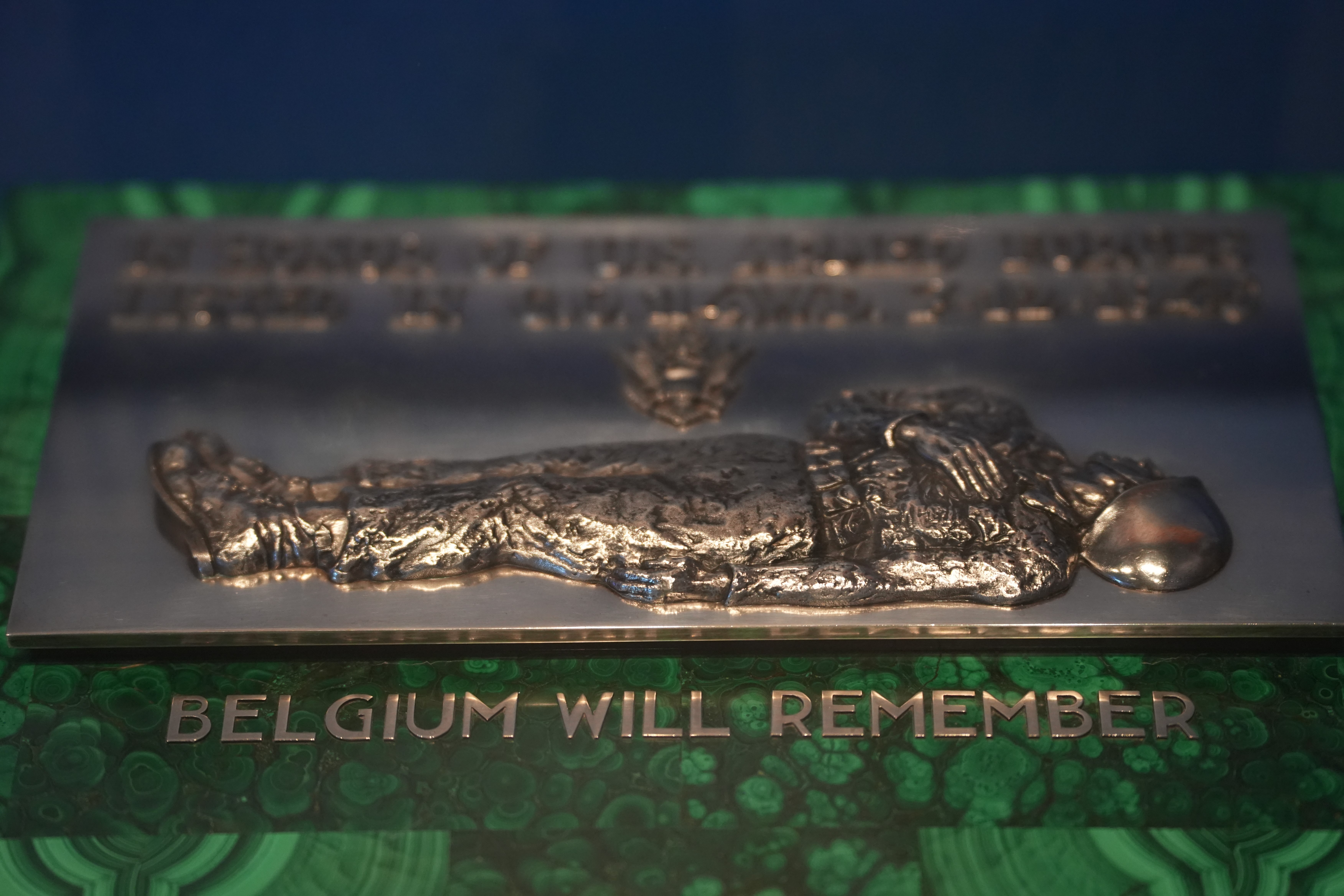 Truman hoped his job would be easier once Japan surrendered. Yet he faced domestic upheaval as the nation shifted from a war to peace economy. Twelve million GIs were headed home in need of jobs, homes, and stability, just as the defense industry was closing factories and laying off workers. After years of rationing, the spirit of sacrifice and cooperation at home was spent. Pent-up consumer demand roiled the economy. Prices rose at an annual rate of 30 percent. Unions that held off demands during wartime hit the picket lines.

Truman weighed two approaches toward postwar Germany. Secretary of the Treasury Henry Morgenthau had been key to Roosevelt’s New Deal. Now, his Morgenthau Plan proposed dividing Germany into smaller states. They would be rebuilt around agriculture. Any war-related industry would be dismantled. Secretary of War Henry Stimson was an attorney and foreign policy advisor. He worked for decades in both Democratic and Republican administrations. He saw the plan as vindictive. He felt Germany should be rebuilt strong. It should be a democracy. Truman put his support behind Stimson’s approach.

While the U.S. emerged stronger after the war, the Soviet Union had suffered horrific losses. Industries lay in ruins. A staggering 27 million people had been killed. Post-war military buildup became the Soviet Union’s top priority. Stalin moved to establish communist governments throughout Eastern Europe. He seized labor and resources in Germany and other nations as reparations. This was done in spite of agreements made at Yalta. Economic development for the Soviet people suffered. In spite of this, the nation secured its place as a world superpower.

Relations swiftly deteriorated between the U.S. and Soviet Union after the war. The Soviets installed puppet governments in defeated Eastern European states. Drought, floods, and winter storms stalled recovery and boosted communist support in Western Europe. Truman wanted to spread democratic ideals, governance and capitalism. He believed the Soviets must be contained through economic and military action. Bitter suspicion between the two powers worsened. It calcified into a massive geopolitical conflict – the Cold War. It would not be fought directly. It was waged through espionage, atomic weapons development, and the exchange of aid for influence.

The Truman Doctrine and Containment

In Eastern Europe, by 1947, Poland, Romania, and Bulgaria were ruled by communist governments. The Soviets occupied northern Iran. Communist Yugoslavia pressed Italy for control of Trieste. Great Britain, near bankruptcy, was forced to withdraw from Greece and Turkey. Both nations faced strong communist pressure. Truman saw this as a threat to national security. If Greece and Turkey fell, he reasoned, Western Europe would be next. He secured $400,000,000 in aid during an emergency joint session of Congress. The use of aid to “contain” Soviet expansion became the basis of the Truman Doctrine.

Food and fuel shortages slowed European recovery. They also stoked communist sentiment in France and Italy. The goal of the Truman Doctrine —Soviet containment—could not be met under these conditions. Truman enlisted his popular Secretary of State George C. Marshall to promote a historic initiative. The Marshall Plan would give massive economic aid to Europe. Over concerns it could bankrupt the U.S., Marshall’s prestige helped carry the bill through Congress. It passed by overwhelming majorities. Between 1948 and 1951, the Plan provided more than $13 billion in aid. It funded housing, food, infrastructure, and industry. The Plan succeeded in rebuilding Europe’s infrastructure and bonding European nations in cooperative ventures. Although the Soviet Union was offered participation in the Plan, it declined.

At the Potsdam Conference, the Allies had divided Germany into four temporary occupation zones – American, British, French, and Soviet. Berlin fell within the Soviet zone. It too was split into four zones. On June 24, 1948 the Soviets cut rail, road and water access to West Berlin. The “Berlin Blockade” was the Soviet response to a plan by the Western Allies to join Western sectors into one federal state. It would also introduce a new currency, the Deutsche Mark. The Soviets controlled Poland, Czechoslovakia, Hungary, Romania, and Bulgaria. Now they sought all of Berlin. The blockade might start World War III. Truman’s solution – the Berlin Airlift - would become a crucial test of containment.

On June 28th, Truman gave the American commander in Berlin, General Lucius Clay, approval for a full-scale airlift operation. It was a huge undertaking. The mission was carried out by pilots from the U.S., France, Great Britain, Australia, Canada, South Africa and New Zealand. They delivered 4,652,812,000 pounds of supplies in over 270,000 flights, averaging almost 600 per day. Stalin thought it could not last through the winter. Yet he lifted the blockade after nearly a year. The airlift was a dramatic win for Truman. It showed America’s resolve to resist the Soviet threat without direct confrontation.