This exhibit recreates the Oval Office as it appeared during Harry Truman's Presidency. While several other Presidential museums include recreations of the Oval Office, this exhibit is unique in its precision and accuracy thanks in part to hundreds of photographs that were taken during the renovation of the White House during Truman's tenure in office. 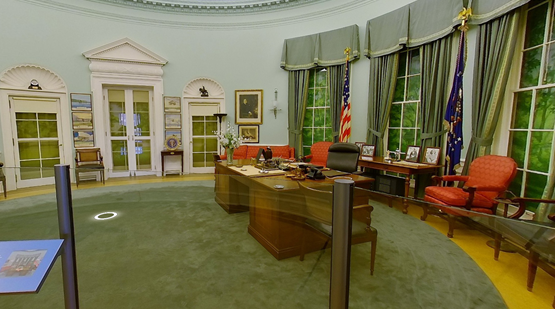