This first exhibit focuses on Harry Truman's early life. The future President spent his first six years on a farm before moving to Independence with his family. The gallery includes artifacts from his boyhood and military service in World War I, his early business ventures, his work as a county judge, and his entrance into politics culminating with his service as a Senator and his term as Vice President under Franklin Delano Roosevelt. These exhibits collectively help to show how Truman's past shaped the future President. 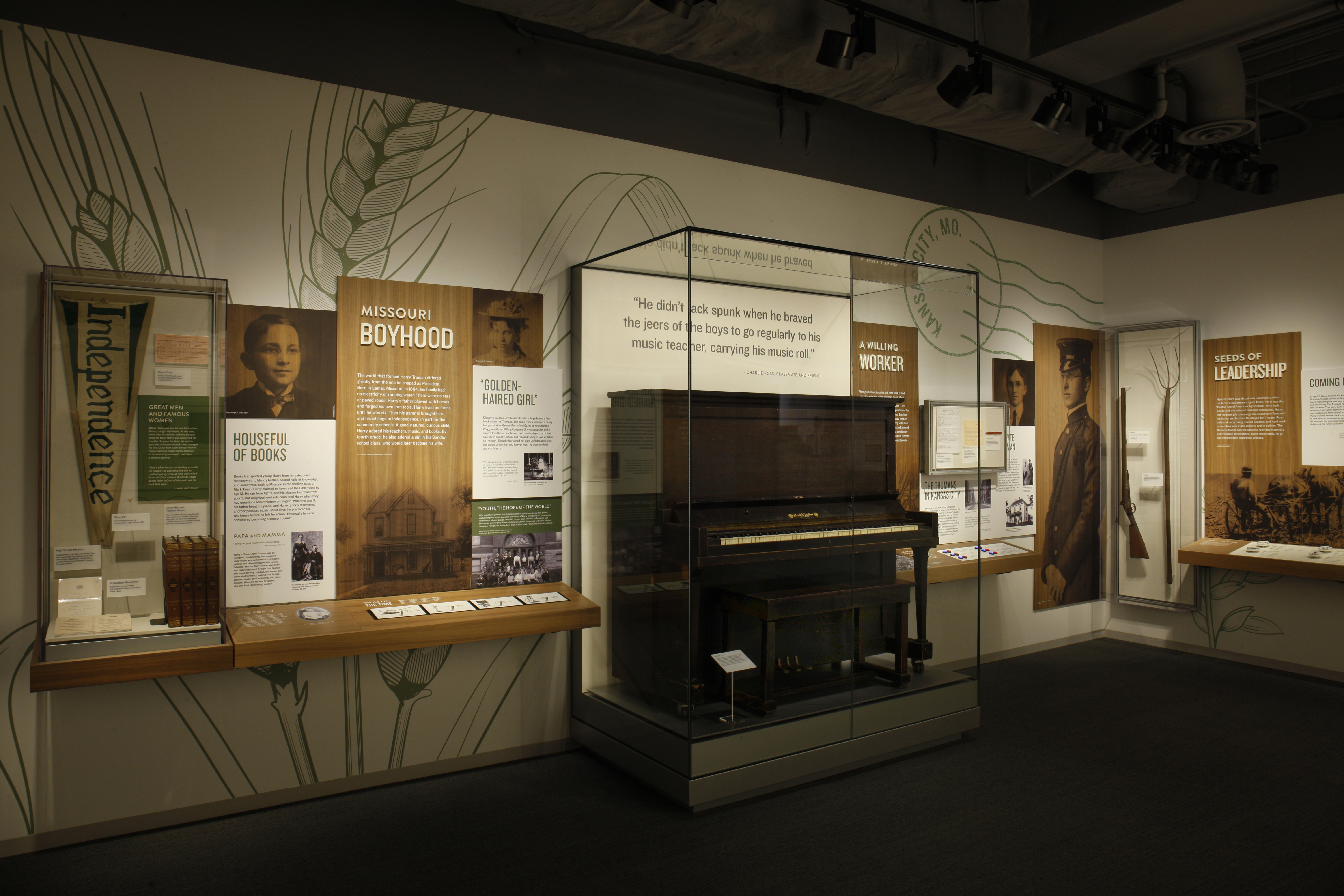 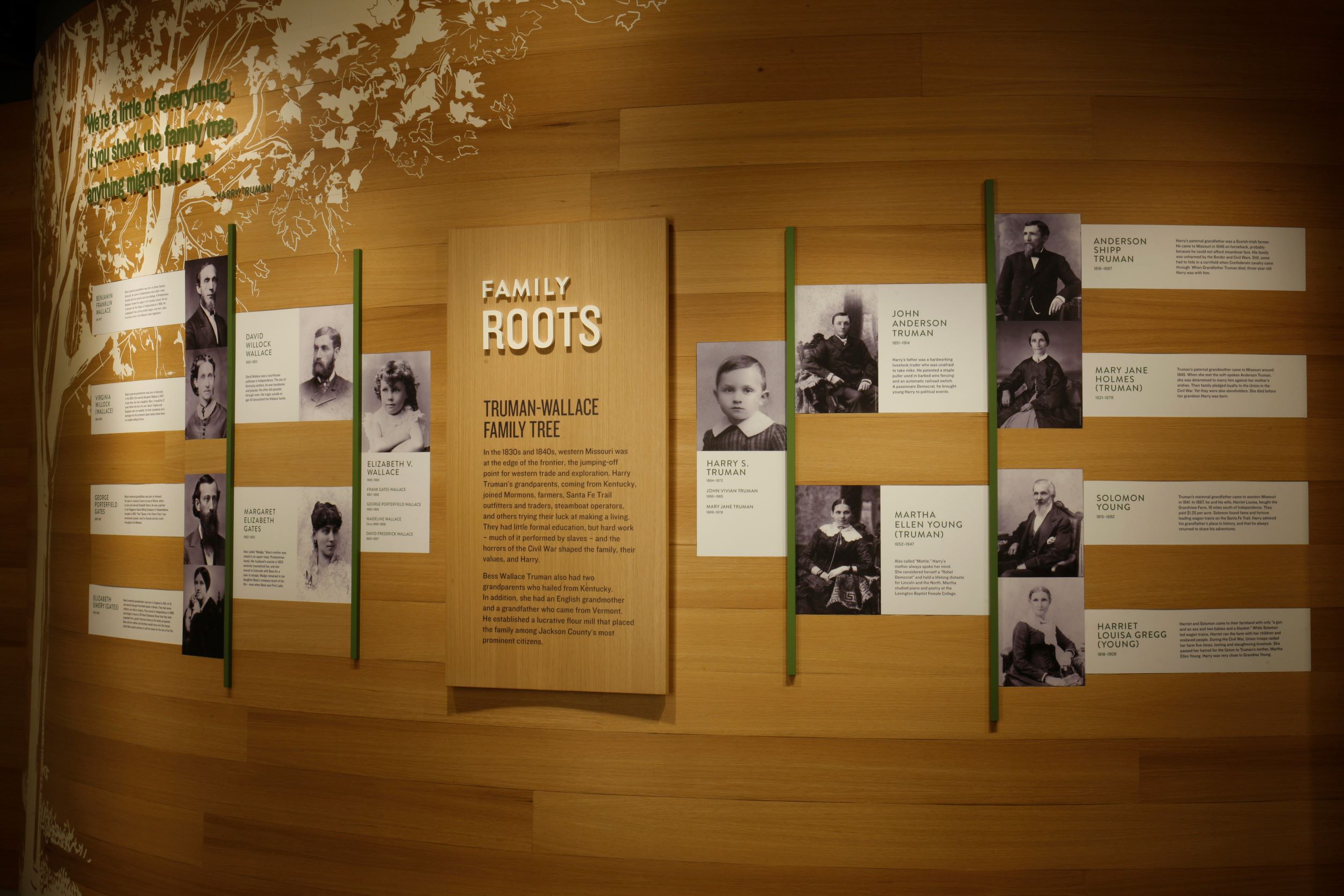 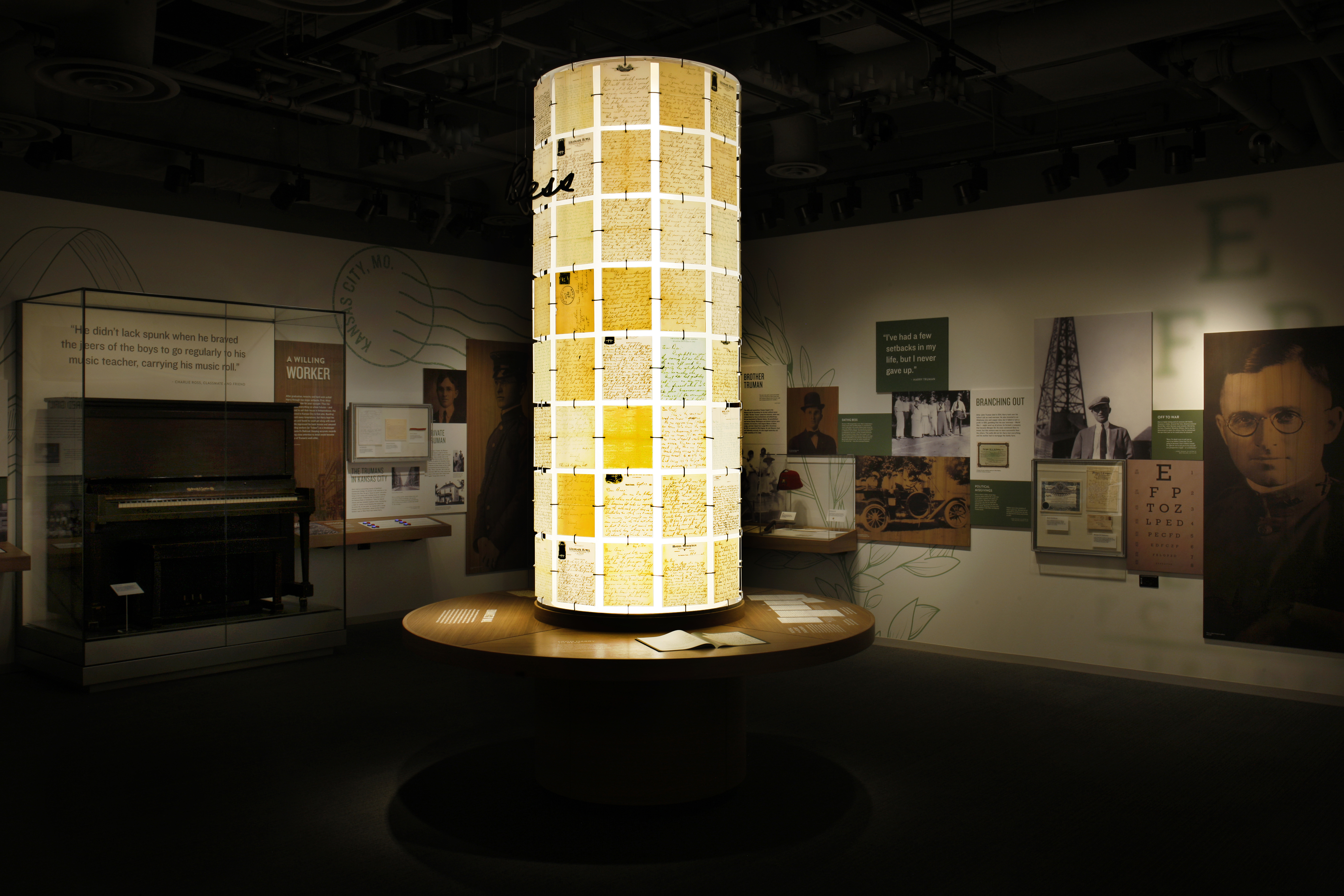 The world that formed Harry Truman was vastly different from the one he shaped as president. Born in Lamar, Missouri, in 1884, his family had no electricity or running water. There were no cars or paved roads. Harry’s father plowed with horses and forged his own iron tools. Harry lived on farms until he was six. Then his parents brought he and his sister and brother to Independence, in part, for the community schools. A good-natured, curious child, Harry adored his teachers, music, and books. By 4th grade, he also adored a girl in his Sunday School class who would later become his wife.

After graduation, tenacity and hard work pulled Harry through two major setbacks. First, West Point rejected him for poor eyesight. Then his father risked everything on wheat futures — and lost. Forced to sell their house in Independence, the family moved to Kansas City to find jobs. Bustling city life held many temptations, but Harry kept his head down and found he could get along with most anyone. He impressed his bank bosses and amused the itinerant workers (or “hobos”) as a timekeeper for the Santa Fe Railroad. Keeping accurate records and paying close attention to detail would become a hallmark of Truman’s work ethic.

The Trumans in Kansas City

Harry took an accounting course at Spalding’s Commercial College. He worked in the mailroom of the Kansas City Star. He got a “down-to-earth” education living in tent camps tracking hours for itinerant railroad workers. Following that, he landed a job at the National Bank of Commerce. There he cleared checks and kept detailed longhand notes, developing a habit for careful record keeping that would last his entire life. At one point, he roomed with a young Kansan, Arthur Eisenhower, whose brother Dwight landed the spot at West Point that eluded Harry.

At age 22, Harry Truman left Kansas City and returned to Grandma Young’s six-hundred-acre Grandview Farm. He spent long hours riding the plow and kept meticulous notes on planting and harvesting. The Trumans raised cows, pigs, horses and chickens. They grew oats, wheat, alfalfa, corn and potatoes. Harry grew closer to his father, bonding with him over politics and their shared admiration for Democratic Party founder Andrew Jackson. When John Truman died in 1914 after an intestinal surgery, Harry was devastated. He assumed the enormous responsibility for the farm, its debts, and his father’s position as road overseer.

One day in 1910 changed Harry’s life. While in Independence visiting cousins Ethel and Nellie Noland, he volunteered to return a cake plate to the wealthy Wallace family across the street. Bess Wallace, whom he’d long admired, invited him in. Telephones were unreliable, and travel from Grandview to Independence took hours. So, their friendship blossomed through hundreds of letters. When Harry bought a car in 1914, traveling to Independence became easier, and he could be found visiting Bess on many Sundays. Although Bess’ family warmed to him, Bess’ mother Margaret remained cool to “that farmer boy” — even after he became president.

Future first lady Bess Wallace was born to a wealthy family. She was fashionable and athletic. For Harry, it was love at first sight. Though they met in Sunday School as children, their romance began a decade after high school graduation. Often apart, much of their courtship took place by mail. Bess burned most of her letters, but Harry’s survive. They reveal his dreams, devotion, and lively sense of humor. They also include racial slurs that are typical of the time but difficult to reconcile with his public promotion of high ideals.