This bridge is named in honor of David Morgan, a soldier in the French and Indian War and the American Revolution. Morgan served with George Washington at Fort Necessity. Prior to this time, he assisted George Washington in 1778 as a surveyor who helped identify the northern boundary of Lord Fairfax's estate known as the Fairfax Stone. Morgan surveyed Pleasantville, now known as Rivesville, in 1776. The Third Street Bridge in Fairmont was named the "David Morgan Memorial Bridge" in his honor. In his own time, he was known as a "Great Indian Fighter" but modern Americans focus more on his contributions as a surveyor and military leader under Washington. 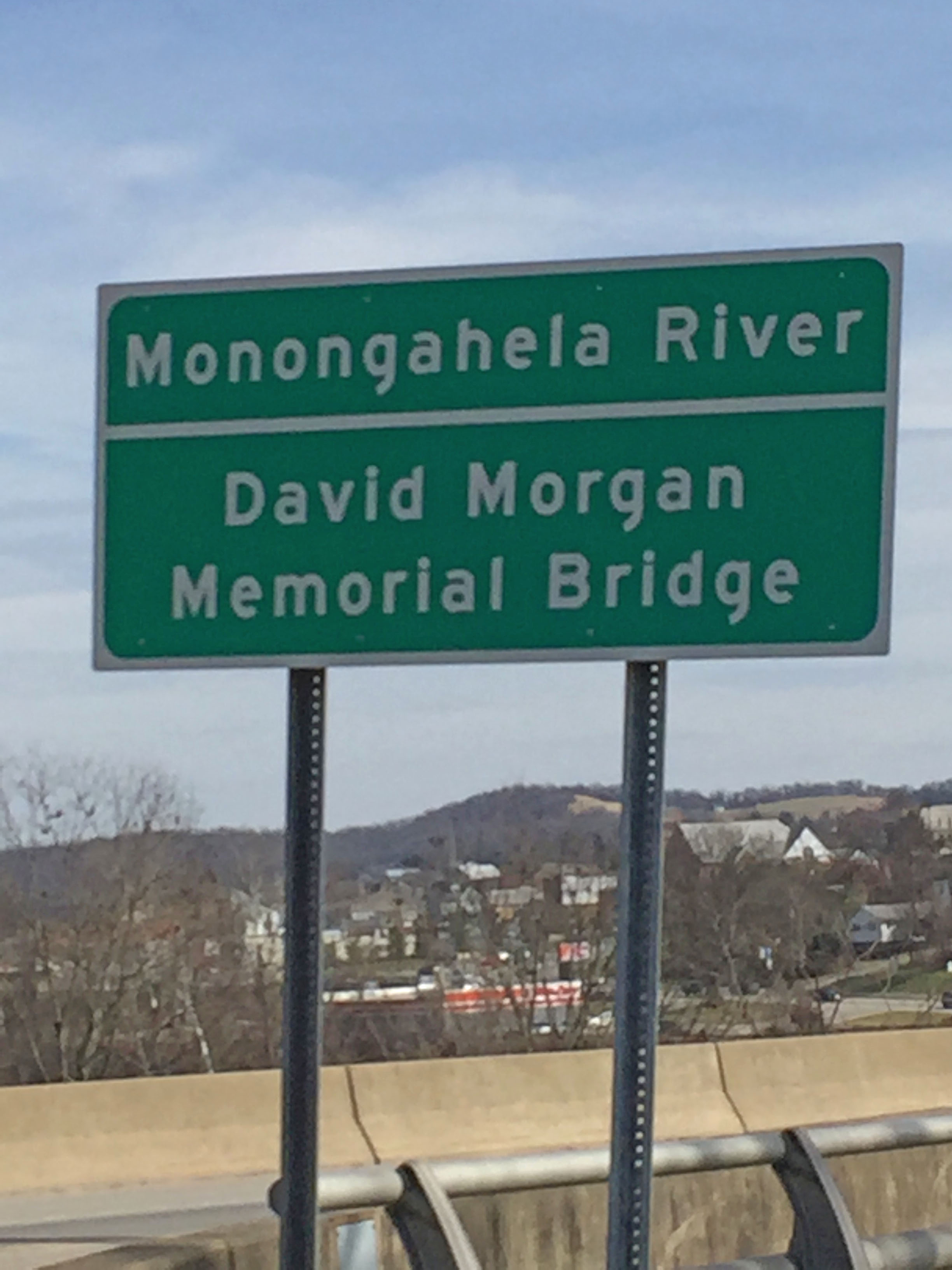 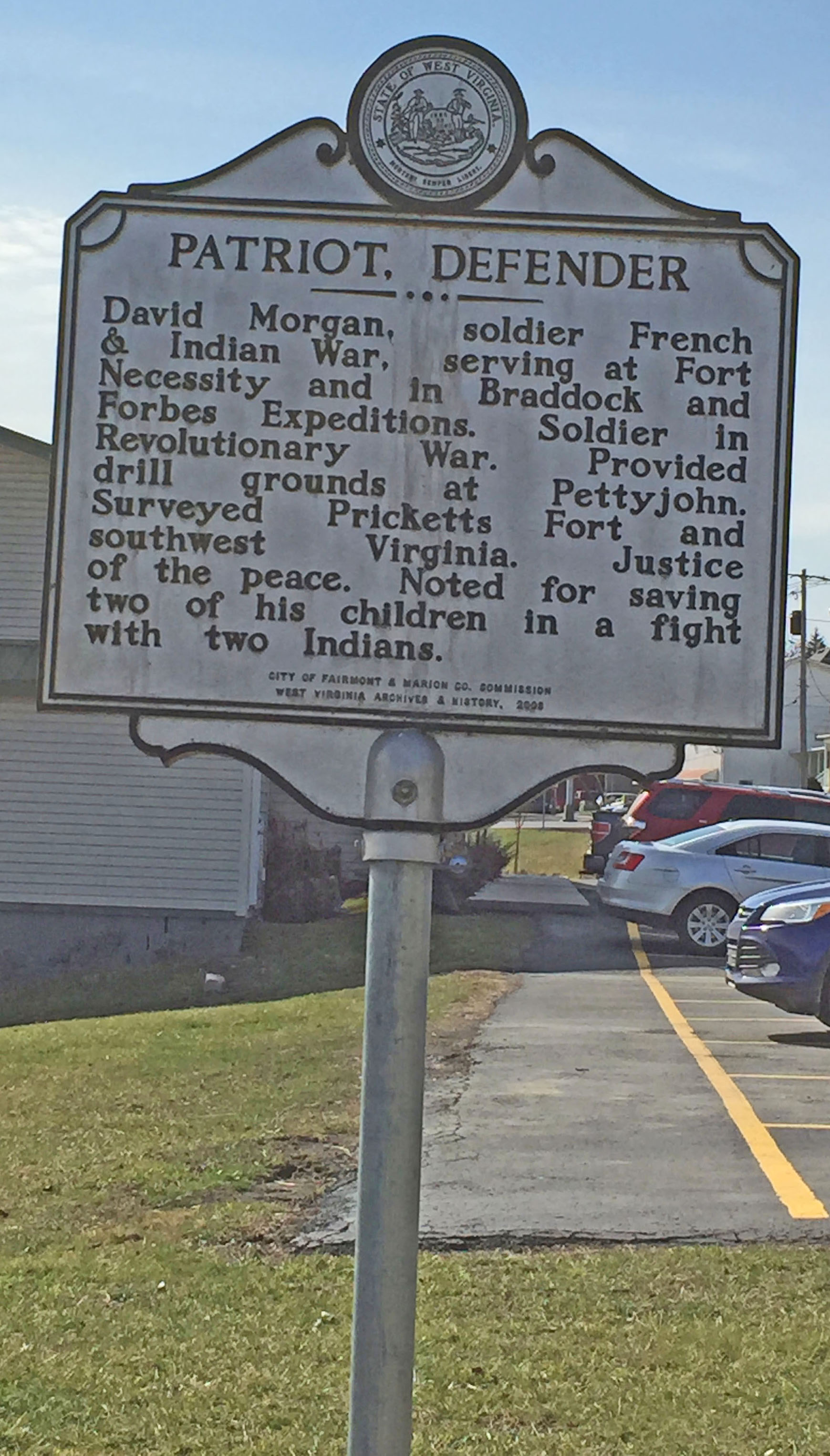 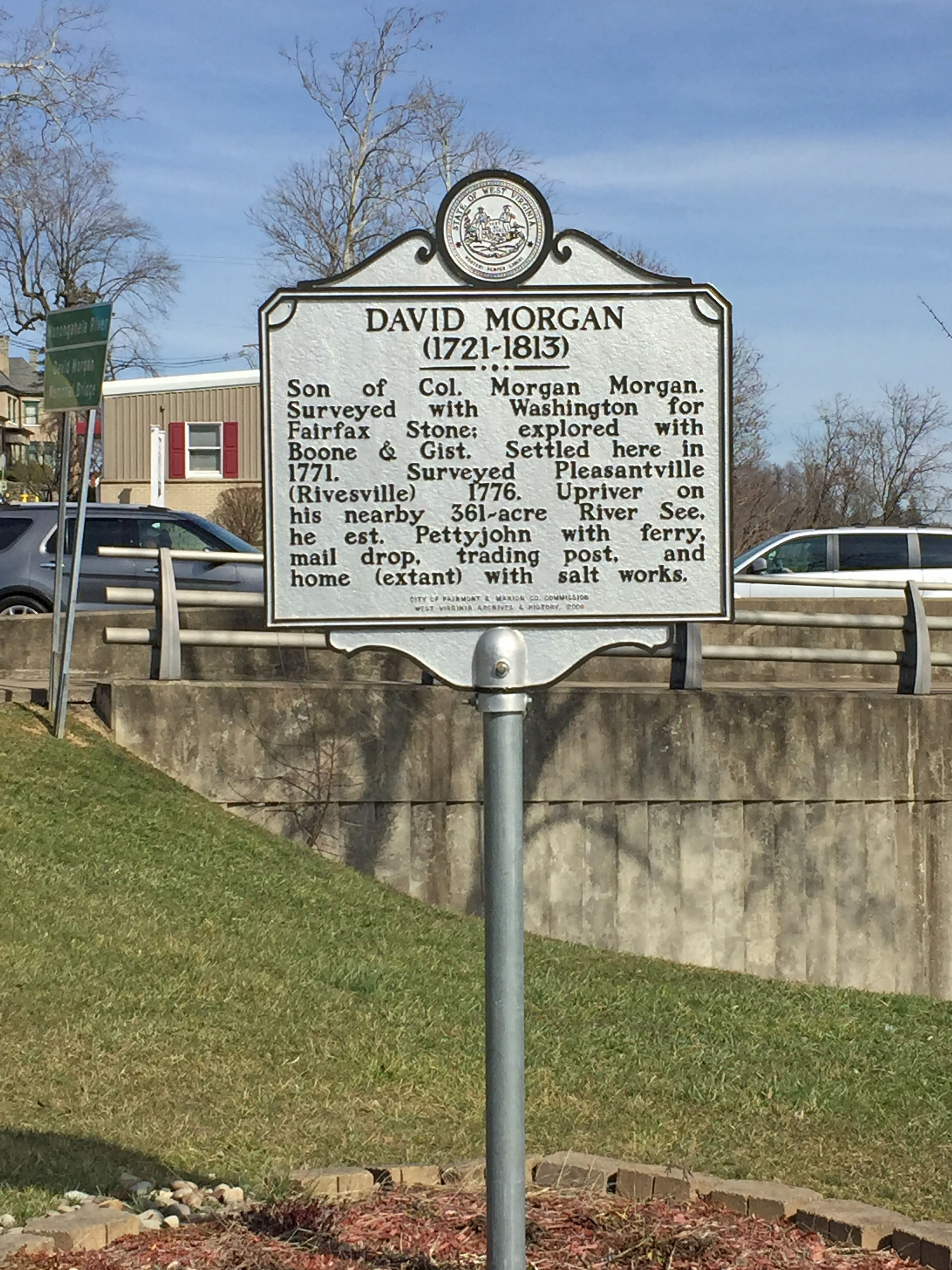 David Morgan was born in Delaware on May 12, 1721, the son of Colonel Morgan Morgan and Catherine Garretson Morgan. Morgan married Sarah Stevens in 1745 and had eight children. His father and brothers helped to build his home, "Golden Meadows" in 1745. This home is listed on the National Register of Historical Places as one of the oldest homes in Berkeley County.

David Morgan was noted for being an honest, first-rate surveyor. Appointed by the colonial Governor of Virginia to help with surveying and exploring southwestern Virginia colony, Morgan assisted George Washington in finding and establishing the northern boundary of Lord Fairfax's estate. This boundary would be the border between Maryland and Virginia, also known as the Mason / Dixon line. The Fairfax Stone monument that sits at the mouth of the Potomac River commemorates all their hard work in this endeavor.

As a soldier in the French and Indian War, he served under Captain Charles Lewis and served with George Washington at Fort Necessity. He was also with George Washington when he served under the British Major General Edward Braddock in his failed attempt to take Fort Duquesne from the French in 1755. David Morgan is reported to have also fought in other major battles in the French and Indian War. After moving to Marion County in western Virginia in 1777, he fought in the Revolutionary War. He saw several battles including at least two battles against British Indian allies that had attempted invasions into the Monongahela Valley. It is reported in the "Morgan Bible" that he had killed a total of seven Indians which helped to earn him the title of "The Great Indian Fighter."

David Morgan assisted in the building of Prickett's Fort as well as in the building Fort Paw Paw in Rivesville, WV. A story was written about his experience in fighting two Native Americans on his property in which he was credited with saving two of his children. It is important to note that the story assumes the Native Americans would have committed atrocities, which were common on both sides of the conflict between Native inhabitants and European colonists. More information about this episode can be found on the West Virginia Division of Culture and History's website by clicking the link below. The Morgan family wanted future generations to remember David Morgan's heroism, so they erected a large monument on October 12, 1889.