Montgomery Bell created the first known water diversion tunnel in the United States. It is also known as the oldest full-sized tunnel of any kind in the country (and still is.) The Tunnel was built between 1818 and 1819. It was hand constructed by hand drilling, using hammers, chisels, and gunpowder. The labor was done by slaves.

The Montgomery Bell Tunnel is first known water diversion tunnel and the oldest full-sized tunnel of any kind in the country. 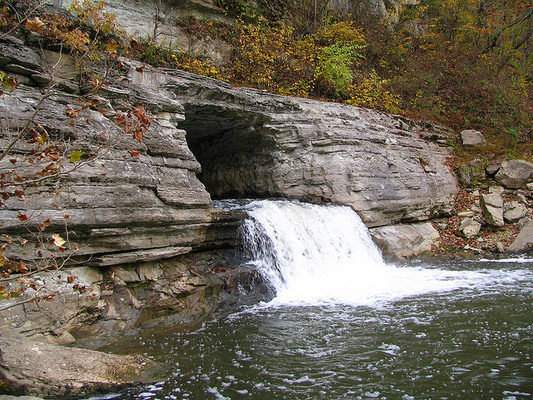 The tunnel served as a manmade water flume with a 16-foot fall of water. It was planned to be utilized as the central element of a water-powered industrial site. The tunnel is also known as the Patterson Forge tunnel. The location of this landmark (Which was declared in 1994) is in Cheatham County, TN. Today it can be visited as part of the Harpeth River State Park, located in Kingston Springs, TN.