The Bell In Hand Tavern

The Bell in Hand Tavern opened in 1795 and is one of the oldest operating taverns in Boston. The tavern's original location was near the site of the Boston City Hall, and important Revolutionary figures such as Daniel Webster and Paul Revere were known for frequenting the bar in these early years. The establishment has operated on School Street, Devonshire Street, and the current location on Union Street. Today, visitors can still go to the tavern and order a meal and a drink as well as observe its history.

The front of the Bell In Hand Tavern, from: https://www.thrillist.com/drink/boston/union-oyster-house-jacob-wirth-amrheins-are-some-of-the-oldest-bars-in-boston 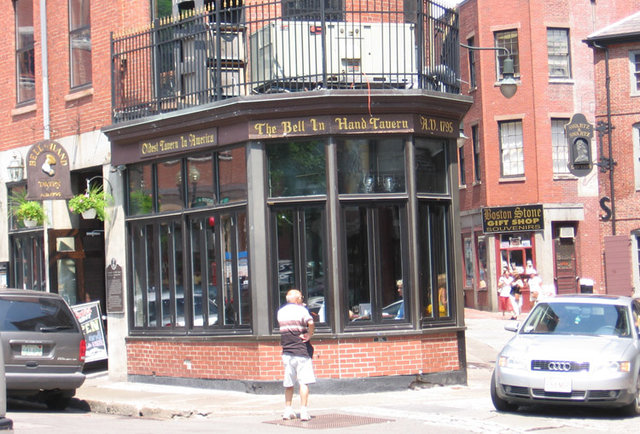 Another photo of the front of the Bell in Hand Tavern, from: http://www.boston-discovery-guide.com/historic-boston-bars.html 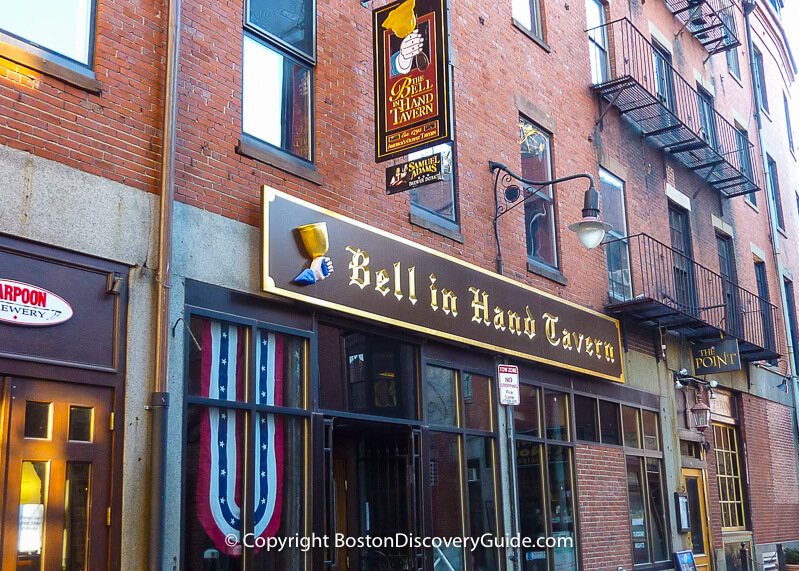 The Bell in Hand Tavern was built in 1795 by Boston’s retired Town Crier, Jimmy Wilson. Wilson held the post as Town Crier for the past fifty years before deciding to open the tavern. His tenure as Town Crier covered such important events as the Boston Massacre, the Boston Tea Party, and the birth of the new nation. The Town Crier would travel the streets, ringing a bell high in the air, and yelling out the news of the day. Wilson was proud of his long career, and that is what inspired him to name the tavern the “Bell in Hand.”

Jimmy Wilson didn’t believe in serving “hard alcohol” like whiskey and other spirits at his establishment since he thought excessive consumption of those types of drinks led to the street brawls that he had seen all too often. So, until 1919, the tavern served only Smith's Philadelphia Cream Ale. Today, the tavern is a full-service restaurant and bar. There is live music or DJs every night of the week, including karaoke most Tuesday nights.

Our Story. The Bell in Hand Tavern. Accessed February 18, 2017. http://bellinhand.com/our-story.