Dr. Manassa Thomas Pope, his wife Delia, and their children lived in this two-story brick house on the border of Raleigh's Fourth Ward, which in Pope's day was a prospering African-American community, home to many other black professionals and middle-class families. Pope earned a degree in medicine from Raleigh's Shaw University in 1885, co-founded Queen City Drug Company, and served as a surgeon and officer in the Spanish American War. In 1899, he moved to Raleigh, where he ran for mayor two decades later. Though he lost the race, his run increased black participation in politics and constituted a protest against increased voter restrictions targeting African Americans. 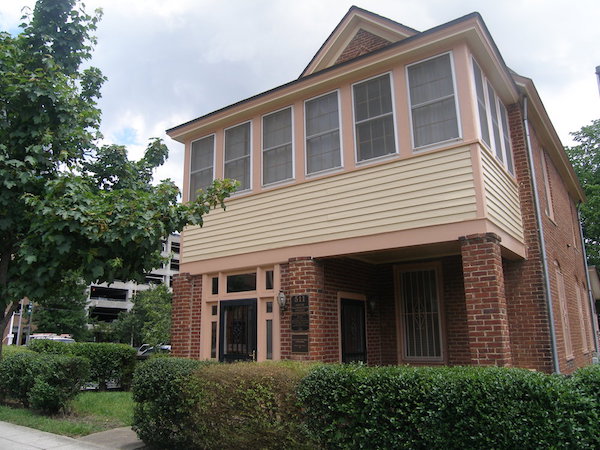 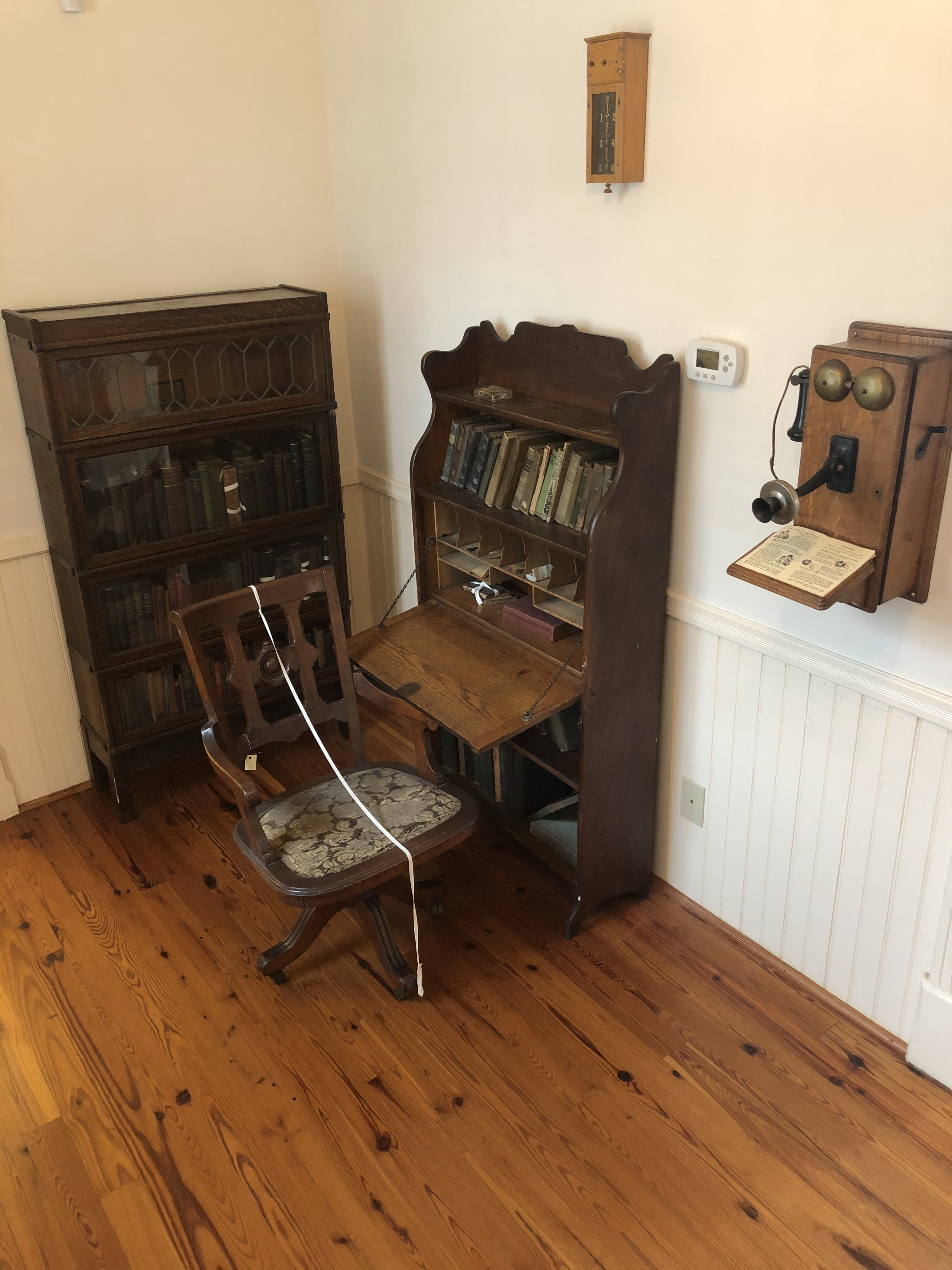 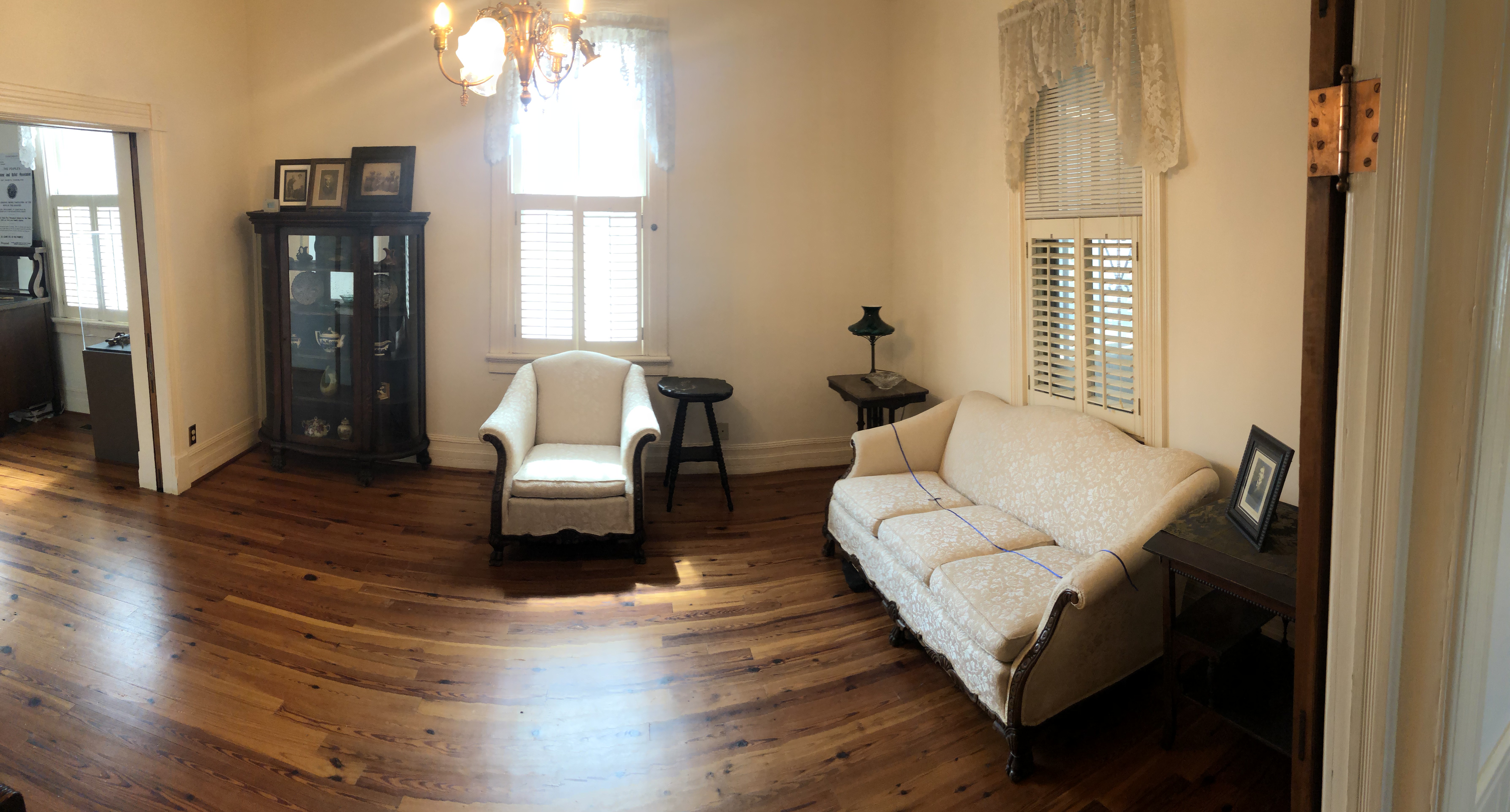 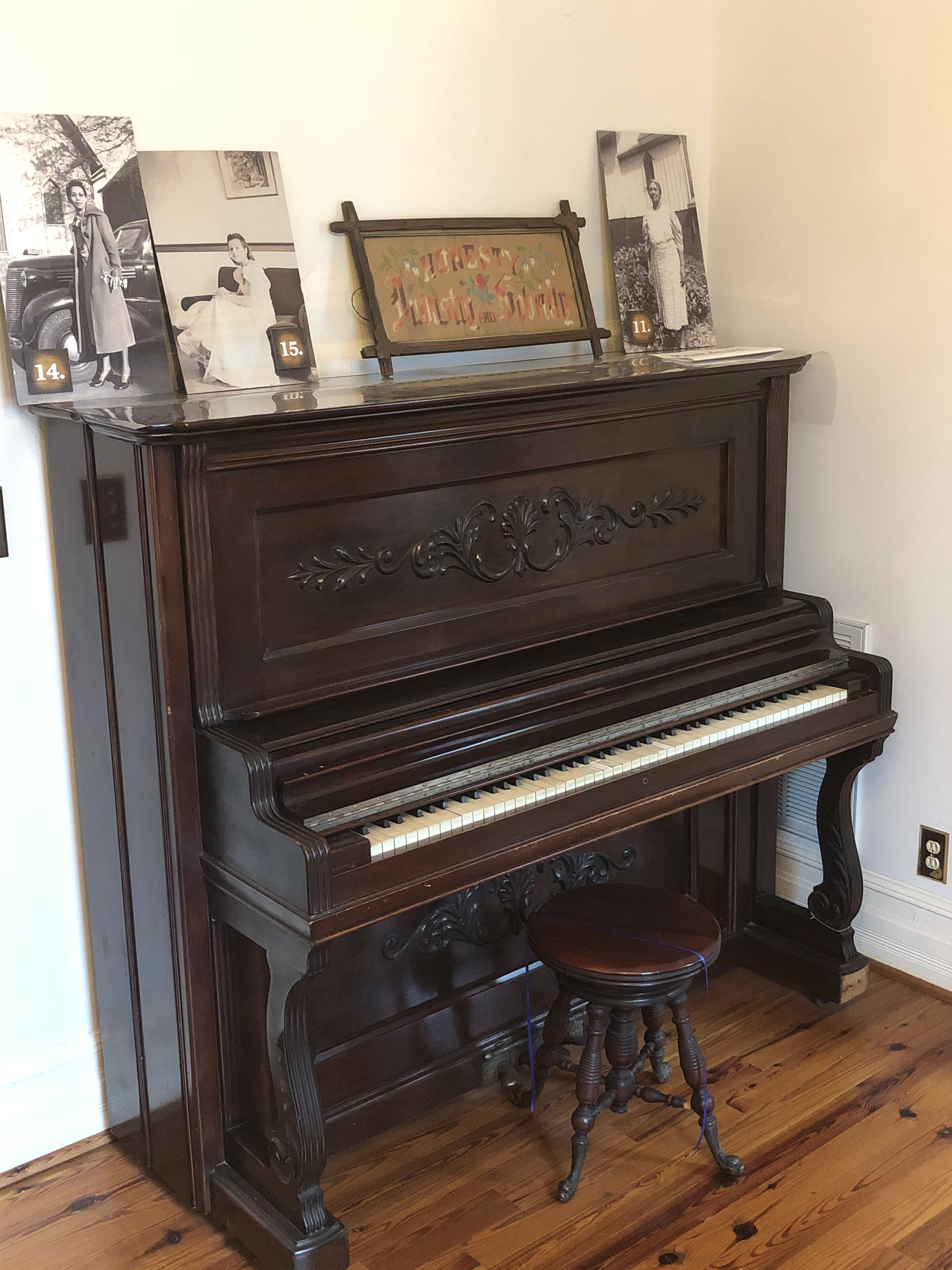 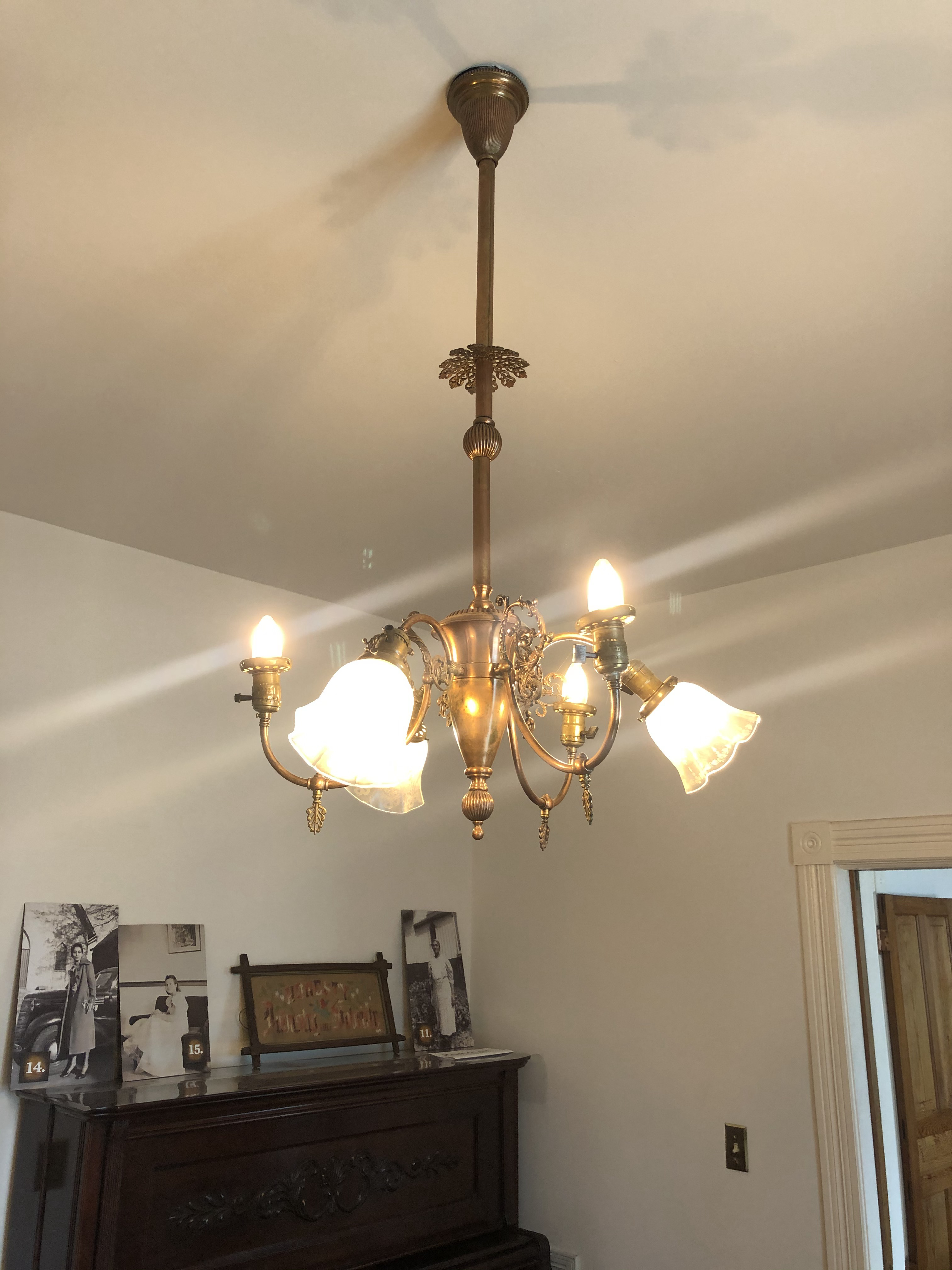 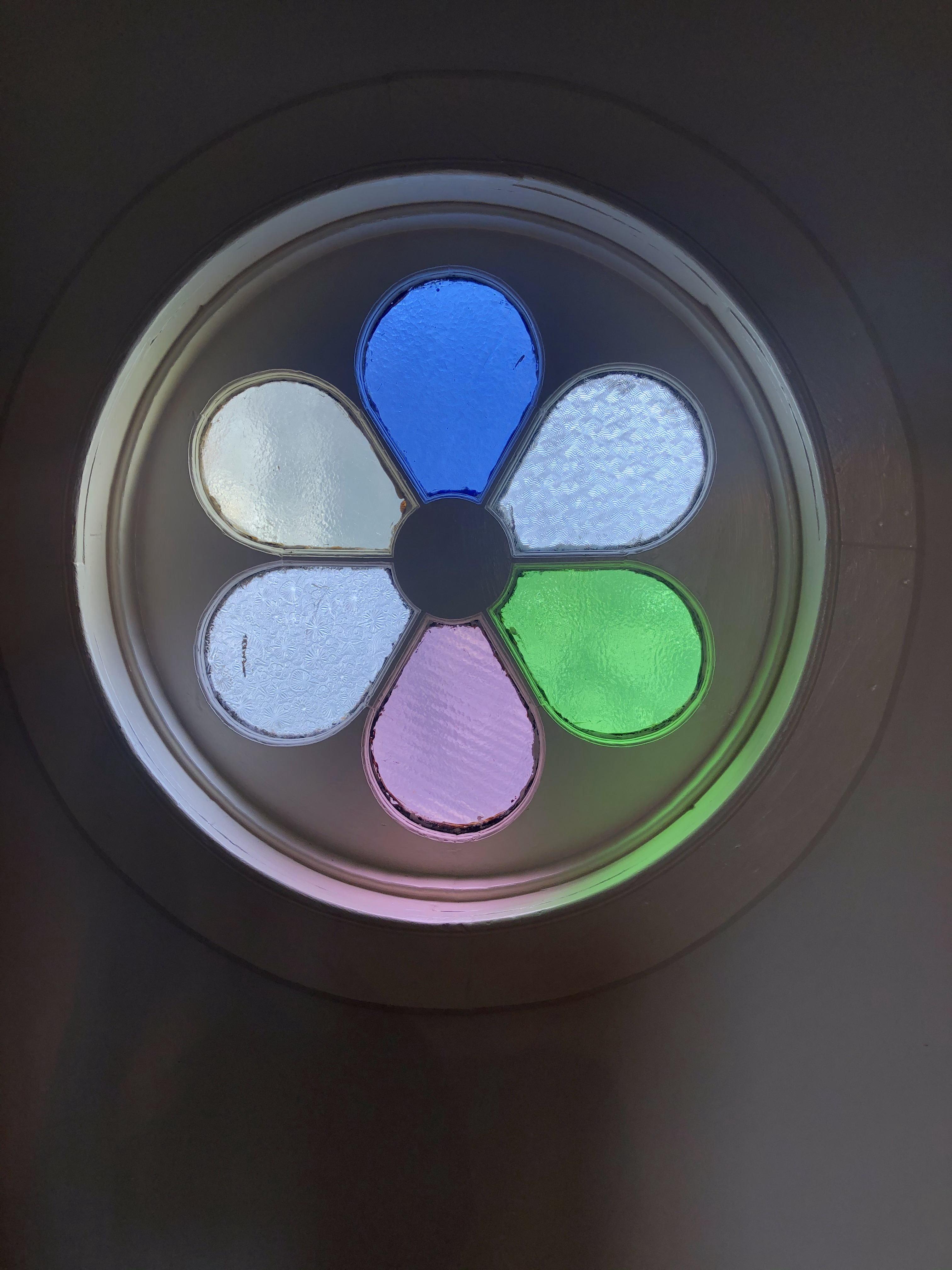 Across the street from the Pope house 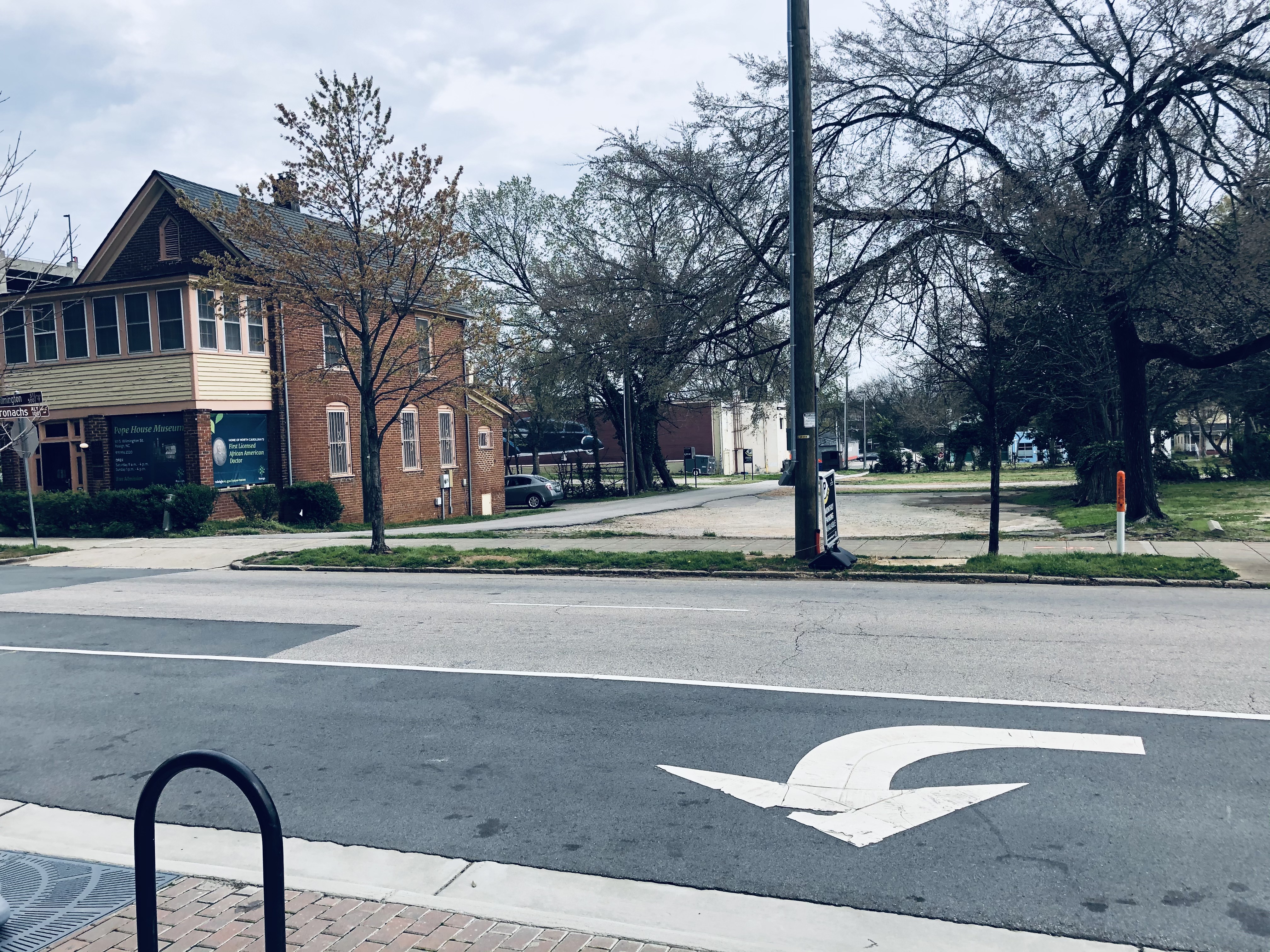 Pope was an important figure in North Carolina's history in the years after Reconstruction and into the 20th century. Along with three classmates, Pope established the Old North State Medical Society in 1887, when they were not allowed to join the entirely white North Carolina Medical Society. Pope's Old North State Medical Society, active across the state, worked to improve healthcare for African Americans, simultaneously working against discrimination and segregation. It remains active today.

Pope also participated in politics at a time when many Southern whites were working to limit black political activity. In 1900, the Democratic North Carolina state legislature added a "suffrage" amendment to the state constitution, designed to remove the right to vote from black men who had only recently been granted it. This amendment required voters to pass a literacy test. To help illiterate white men get around this requirement, it also included a provision exempting from the test people whose fathers or grandfathers were able to vote before 1867. In practice, these changes excluded most black men from voting. Only seven men of color in the entire city of Raleigh were able to vote--one of whom was Dr. Pope.

The house itself is a testament to Pope's success. The two-story row house originally had a one-story porch with a gable roof adorned with millwork. The interior featured darkly-finished woodwork, a grand staircase, and a stained-glass window in the hall. Dr. Pope also installed the latest in technology, such as gas and electric fixtures, running water, and a telephone. When Dr. Pope married Delia Haywood Phillips in 1907, the couple made the first alterations to their home. Sometime between 1909 and 1914, they constructed a garage to store their new automobile. That same decade, the remaining gas fixtures were replaced with electricity. They also replaced the front porch in the 1920s. In the 1940s, the new porch was enclosed with brick, the kitchen was remodeled, and a half-bath was added downstairs.

Dr. and Mrs. Pope’s two daughters looked after the family house after their parents’ deaths, though they both lived outside of Raleigh. Meanwhile, in the 1980s and 1990s, the surrounding neighborhood saw the replacement of old houses with skyscrapers. The Raleigh Civic Center was built directly across the street from the Pope House. Wanting to protect the Pope House from such changes, the Pope sisters established the Evelyn B. and Ruth P. Charitable Foundation, a trust that would provide for the house.

Initially, the plan was to disperse the contents of the home and turn it into office space after the sisters’ deaths. When a pipe burst on the second floor in 1998, workers installed new plumbing, wiring, telephone lines, and HVAC. During this process, the house was added to the National Register of Historic Places. The trustees of the Pope Charitable Foundation then decided to turn the house into a museum. At first, tours were only available by appointment only. But, the Pope House Museum Foundation sold the property to the City of Raleigh in 2011. The museum is now open to the public for tours every Saturday.

Details regarding the exterior and interior of the house, as well as the surrounding areas:

Dr. Pope’s house is constructed of brick, more specifically historians speculate that the bricks for the house were re-used from a warehouse that was demolished on site prior to the construction of the house. Features from the Pope House are also seen in other houses in neighboring districts in Raleigh during the same period. The house was also in close proximity to Shaw University where Dr. Pope attended, as well as his office on East Hargett St., and the First Baptist Church where the family attended. The house also stood beside the McCauley Private Hospital that was built in 1923, the hospital aimed to serve the African American community, primarily women and children.

The architectural design of the two-story structure is that of a row house, something uncommon in Raleigh. In the 1920’s a two-story front porch was added, the second floor portion being a “sun parlor”, modifications were made to the porch in 1940. There are two one-story shed additions on the back, one was apart of the original structure, the other added in 1940. All windows of the house are basic, with the exception of the six-pane stained glass “petal” window that can be seen on the north façade. This window held great significance, because it was representative of the Pope family’s wealth as it was most uncommon for a residential building to have stained glass.

The interior design of the house is that of a side-hall on both floors. The first floor includes a kitchen, two large rooms on the right side of the hallway, and a patient examination area that is located in the side hallway. The upstairs is essentially identical, two large rooms right of the hallway and a bathroom. The interior of the house went through renovations in the 1940’s and restorations in 1998. The woodwork used to construct the interior was the best available at the time, and the house was wired and piped for electricity and gas, again this was another sign of the family’s wealth. The house now stands as the last surviving structure from its time, and is now in the heart of Raleigh’s commercial district.