Tomoka State Park has 900-acres of land that is good for camping, canoeing, and a nature trail. The early Natives, Timucua's, were the first to live in this area and we know this because of the Nocorocoo village. You can kayak and canoe to see this village. 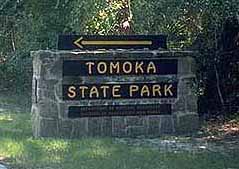 The village of the Timucuas 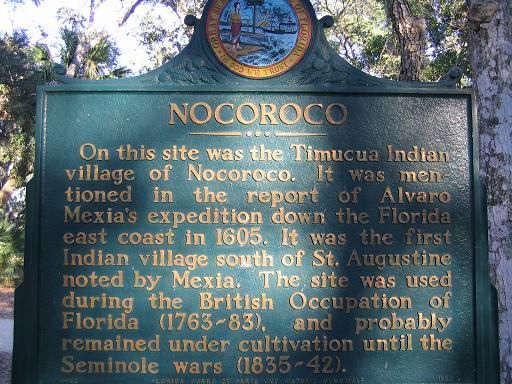 After the long trail this is what you will see. 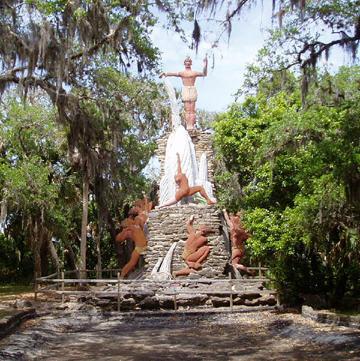 The Native American, Timucua's, came in the early 1500s and were the first people in Volusia county, we know this because the Nocorocoo village is preserved in the state park. This village is inaccessible to the public.The Tomoka Stone is made of coquina shell, sharks teeth, and animal bone. The Nocorocoo is between two rivers, which became their main food source during the warmer months. During the winter they would move more central to stay warm and rely on berries, nuts, and any other herbs they could eat. You can kayak and canoe up the Halifax River that the Timucua used to live by and see the different species in the area.
After the Seven Years War (1754-1763), the Timucua Indian population had almost disappeared, the rest were sent to Cuba since the British government gave 20,000 acres to Richard Oswald in 1766, which is currently Tomoka State Park. The land was used for indigo and other smaller plantations. You cannot see the village, Nocorocoo, anymore because it has been removed but you can still see some naturalized indigo that has gone untouched. There is the Mount Oswald Plantation that shows how the indigo was process and produced dyes.

Bowden, Denny. "Timucua "Indians" of Volusia, Their Timucua Language, and What Became Of Them. https://volusiahistory.wordpress.com/2014/02/01/timucua-indians-of-volusia-their-timucua-language-and-what-became-of-them/.