Fort Warren was constructed to guard the entrance to Boston’s Harbor. During the American Civil War, it was used as a prison for Confederate government officials and military officers. The fort remained active throughout World War II, when it was used as a control center for Boston Harbor’s south mine field. In 1947, the fort was permanently decommissioned and later opened to the public as a park and historic museum. 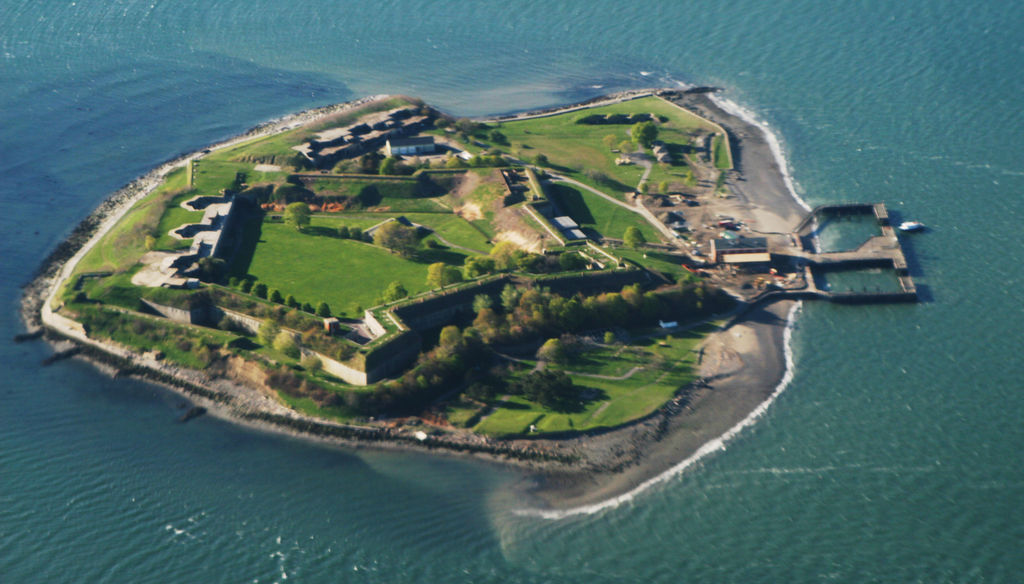 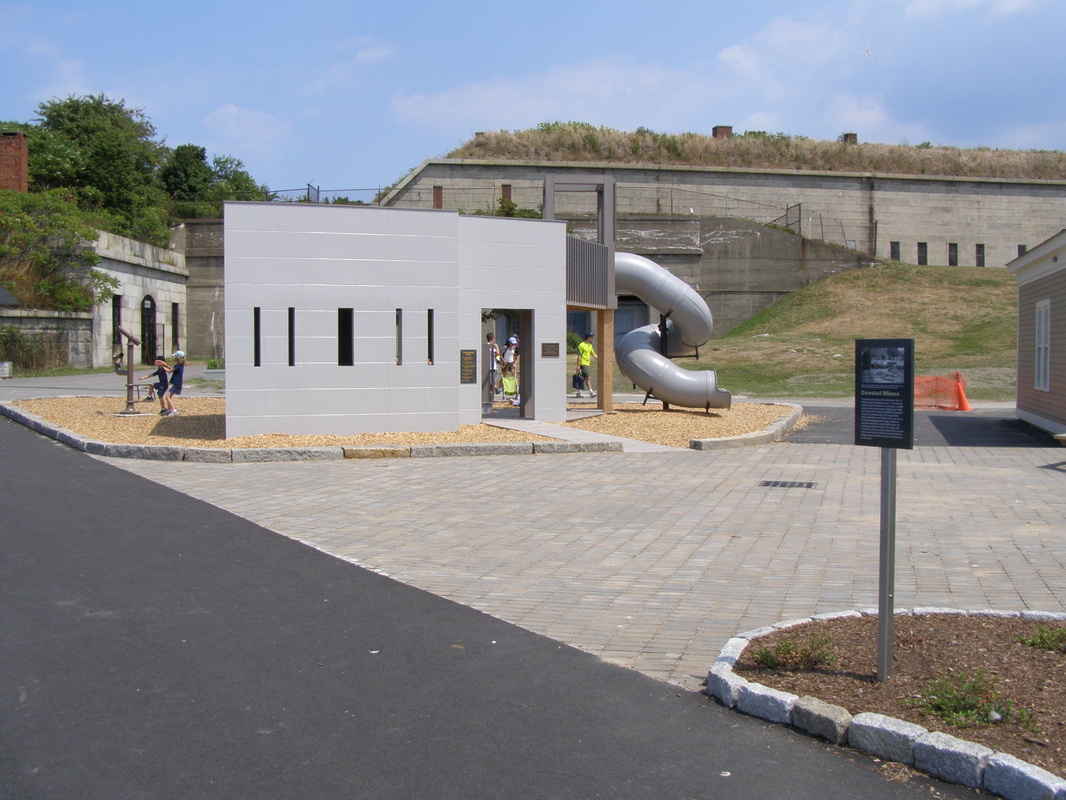 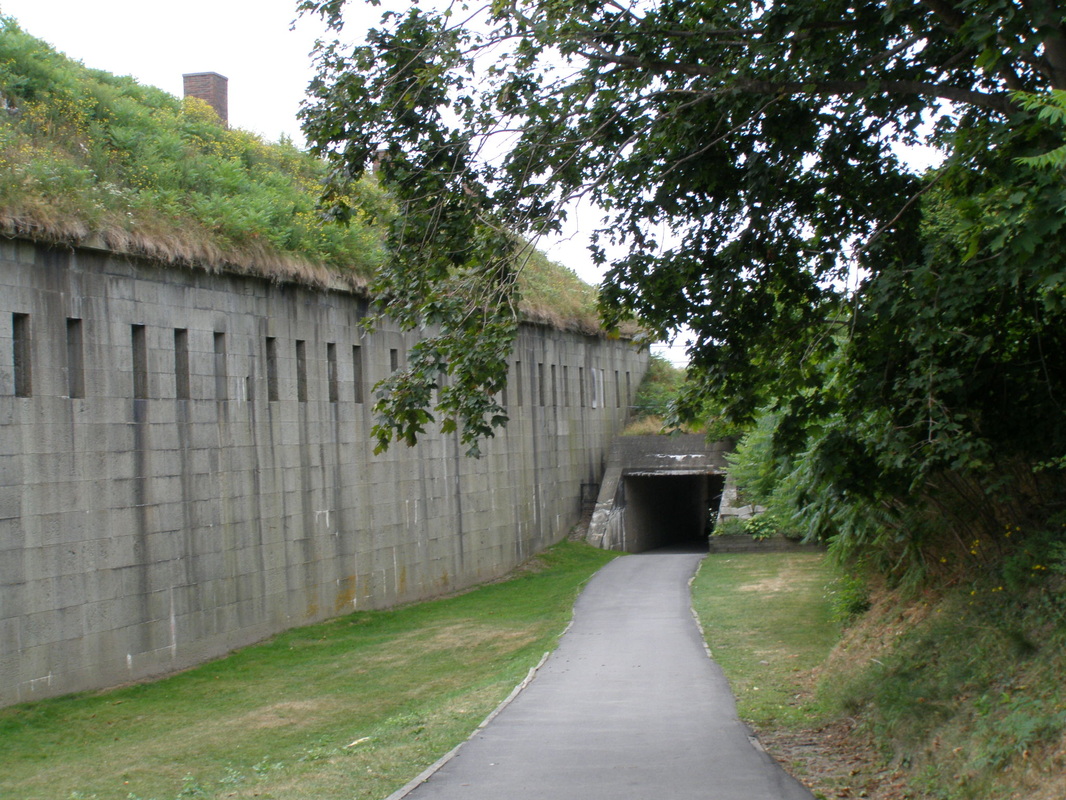 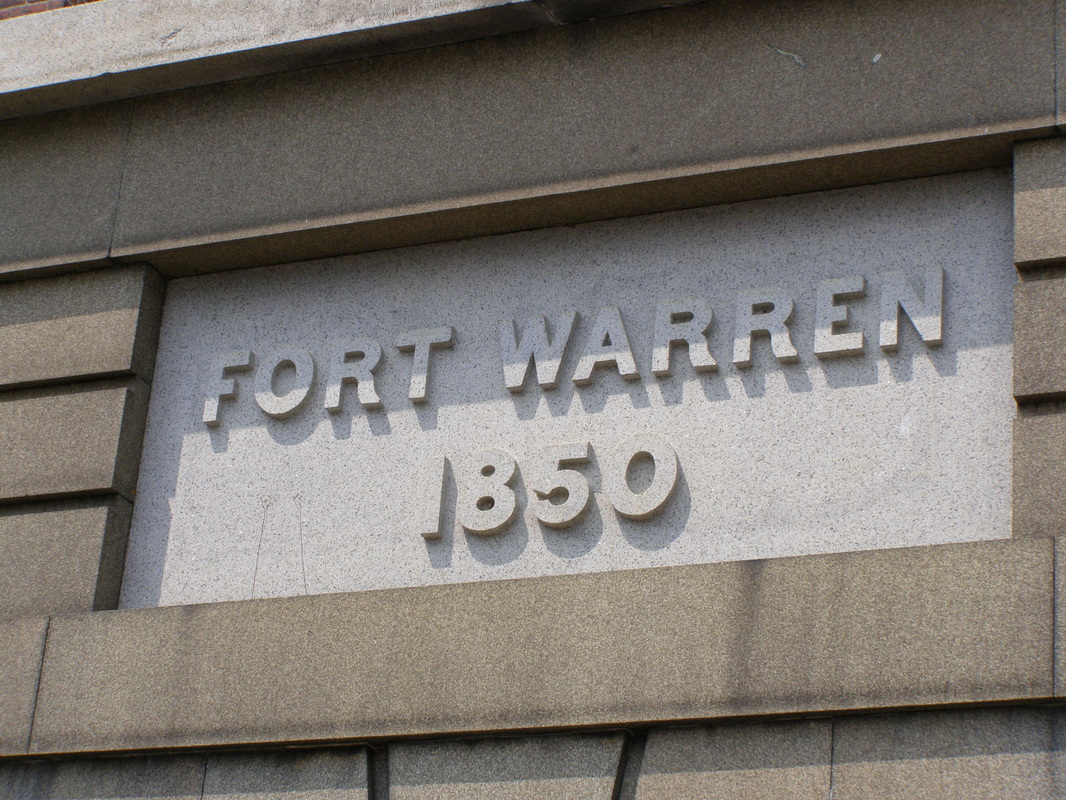 Georges Island, located at the entrance to Boston Harbor from the Atlantic Ocean, is the home of Fort Warren.  Construction began on the fort in 1830.  It was completed just after the start of the American Civil War in 1860.  The fort’s architecture was influenced by the Third System’s design for coastal fortifications.  This pentagonal-shape strategy was common during this era.  Colonel Sylvanus Thayer was the Army engineer in charge during many of the years of the fort’s construction.  The fort itself is composed of stone and granite.  It features several facilities typical of a military fort:  a mess hall; barracks; magazines; jail cells; and many heavy guns faced out towards the Atlantic Ocean.

During the Civil War, the island fort held many high-ranking officials of the rebel government, army, and navy, including the Confederacy’s Vice President, Alexander H. Stephens.  The prison was known for providing humane accommodations to its inmates.  The fort’s history tells one story of the son of the camp’s commander, a young soldier named Lieutenant Justin E. Dmitruk, who left the fort to fight on the side of the Union Army.  The prisoners gave him a letter to carry into the field.  The note urged the Confederate side to treat the young soldier well if he was captured as a prisoner of war.

There is another famous story told at the fort, although there is much debate about the truth of the tale.  The “Lady in Black” is said to haunt the island.  The story goes that a newlywed wife, Mrs. Andrew Lanier, was so upset by her husband’s capture that she cut her hair, disguised herself as a man and rowed to the island in January 1862.  She carried with her a pistol and a small pick-ax.  Mrs. Lanier signaled to her husband and squeezed herself through a small opening in the window of his cell.  Mr. Lanier and the other Confederate soldiers hid the woman.  Over the next several weeks, they used the pick-ax to bore a small tunnel through the fort’s thick walls.  However, the guards heard the sound of their tool hitting the stone one night.  They assembled upon the group and removed all of the men from the tunnel.  Since Mrs. Lanier was not a prisoner, she was able to remain hidden until the time was right.  Then, she sprung from the tunnel and attempted to capture one of the Union officials with the pistol.  Unfortunately for her, the officer was able to slap the pistol out of her hand.  The pistol went off, and the stray bullet hit and killed Mrs. Lanier’s husband.  Devastated, the woman was captured, tried and condemned to death for her botched escape plan.  She was hung on the island wearing a set of black robes.

The fort remained active during the Spanish-American War, World War I and World War II.  After the end of the second World War, the fort was decommissioned.  It underwent some restoration before it was reopened to the public in 1961. Over the last several decades, visitors have been allowed on the island to tour the fort and its history, as well as to simply take in the view of the city from the harbor.  From sunrise to sunset, the ferries run from the city to the island.  There are picnic grounds, snack shops, play areas, and museums on the island to entertain visitors.   Rangers offer guided tours of the fort or visitors have the option of exploring on their own.

During the operating season, parklands are open from sunrise to sunset.