This marker denotes the location of the boyhood homes of Gabriel and George Rains, two influential military leaders and inventors. The two brothers followed similar paths in life and were known by many New Bern residents as the “Bomb Brothers” given their careers in explosives. Gabriel J. Rains (1803-1881) achieved the rank of Brigadier General in the Confederate army and invented the sub-terra shell or "time bomb." George Washington Rains (1817-1898) was the president of Washington Ironworks and Highland Ironworks. George secured patents for steam engines and boilers and served as a Major in the Confederate Army. 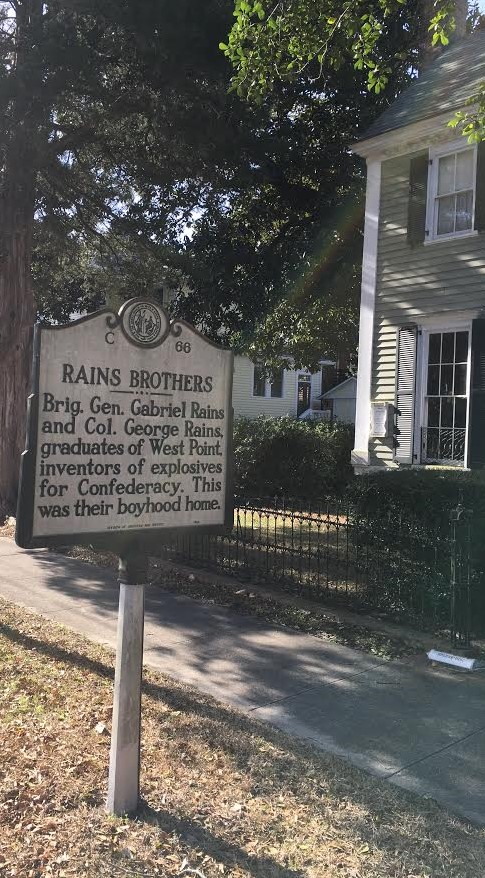 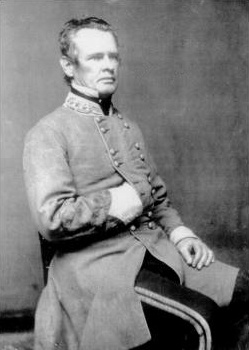 Gabriel Rains graduated from the United States Military Academy at West Point in 1827 and served in the United States Army from 1827-1861. In 1861, he resigned his commission and joined the Confederate Army. He is best know for his use of land mines, torpedoes, and other explosive devices. One of his most unique inventions was a small bomb made to look like a lump of coal. This bomb was put into the coal storage bin of a ship and wreaked havoc on vessels in waterways. Gabriel Rains moved to Charleston, South Carolina after the end of the war and worked as a civilian clerk in the US Army Quartermaster Department.

George Rains was tasked with securing gun powder for the Confederate Army. Raines operated a factory that produced an estimated 2,750,000 pounds of gunpowder for the Confederacy. After the war, George Rains became a professor of Chemistry and collegiate dean in Augusta, Georgia. George Washington Rains is credited for writing several Powder Works and Chemistry books.