The French established a fort at this location in 1691 to trade furs with Native Americans and establish a claim to this territory. These soldiers were able to enter the area thanks to the previous diplomatic work of French missionary Claude-Jean Allouez who had arrived in the 1680s, as well as the desire of area tribes to trade goods with the colonists of European descent. This fort would later be controlled by forces of Great Britain, Spain, and the United States.

Stone to mark the area of Fort St. Joseph. 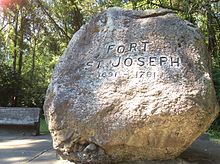 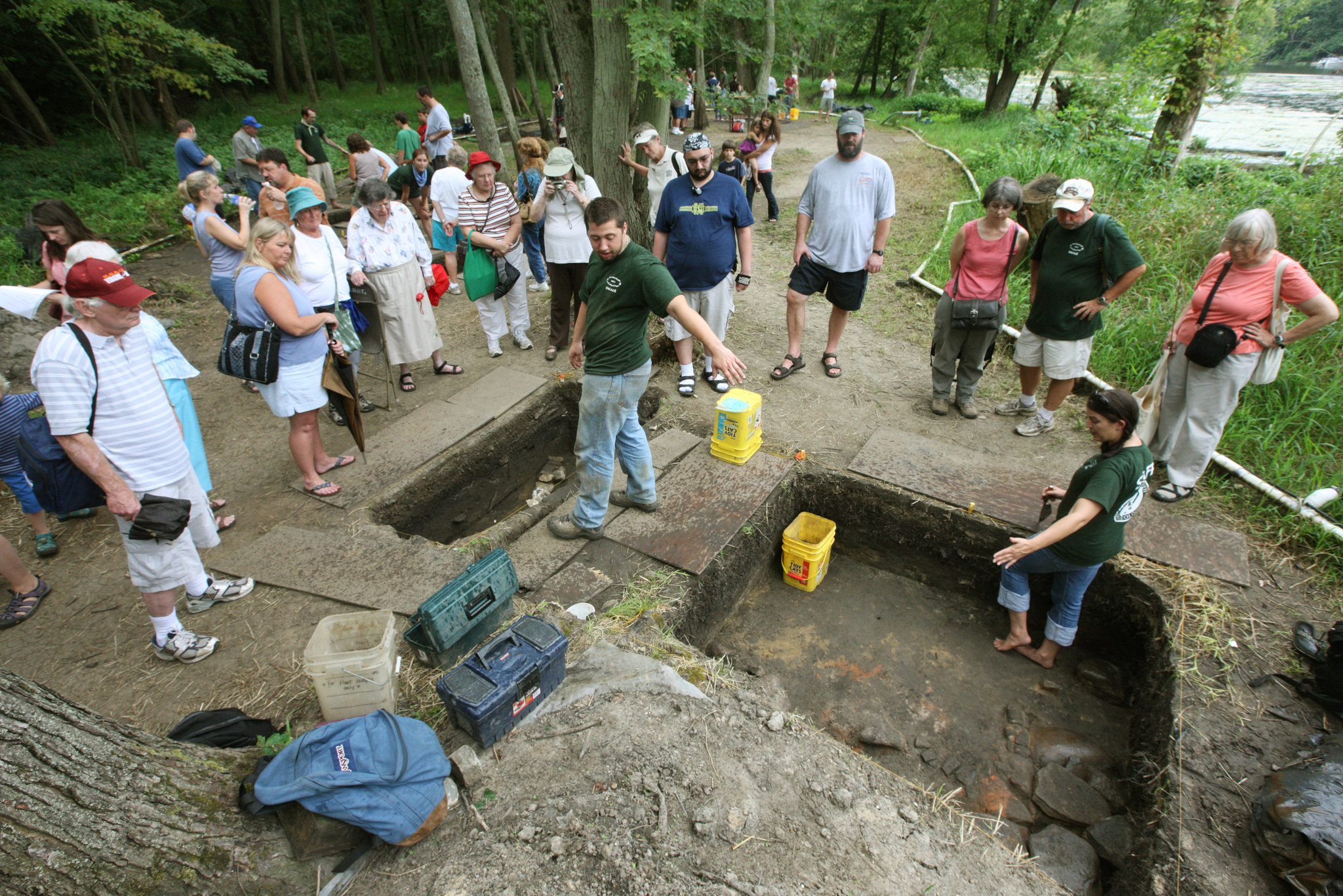 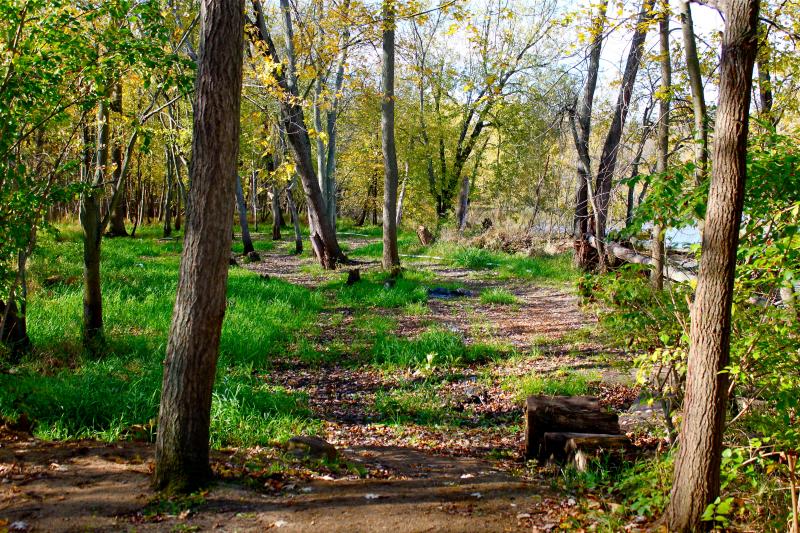 Native Americans controlled the area despite the existence of the fort until the early 19th century. The arrival of French Jesuit missionaries and the continued existence of European soldiers makes this one of the oldest European settlements in the Western Great Lake area. The French built the fort in 1691 and it served as a mission, garrison, and trading post. Maintaining peaceful relations with Native inhabitants was more important than military force, as there were only eight to ten soldiers garrisoned here along with a Blacksmith, a priest, and interpreter. This fort was most significant as a center of trade and served as a nexus for the fur trade.

During the French and Indian War, the British took possession of the fort. The Native Americans found that the British were less fair in their policies and they worked to find ways to support a return of the French. During Pontiac's Rebellion of 1763, the fort was captured by Potawatomi warriors. The British did not re-occupy the fort until 1779. During the American Revolutionary War, the British used the fort to supply their American Indian allies against the Continentals.

The Spanish raided the fort in 1781 and briefly claimed it as their territory along with the river. Before they attacked they promised the Pottawatomie half the bounty if they would remain neutral. On February 12, 1781, Captain Poure raced across the ice and took the fort before the troops within the fort could arm themselves. The Spanish colors flew for only one day. When Lt. Quindre retook the fort the next day he could not persuade this native allies to pursue the Spanish. After a minor skirmish, the British again took control of the fort and maintained it until after the signing of Jay's Treaty in 1795. The fort was abandoned at that time.

The fifteen-acre fort site was inaccessible after a dam raised the water level. The fort site was not rediscovered until 1998. Hundreds of artifacts in the form of trade silver, musket parts, glass beads, buttons, gunflints, knife blades, and door hinges have been found and are now displayed in the Fort St. Joseph Museum in Niles. Also discovered was a rare intact Jesuit religious medallion from the 1730s, one of only two found in North America. In the future, they intend to construct a replica of the fort, with space to interpret the artifacts found through controlled excavation. This was the only fort in Michigan to be controlled by four different nations: France, Great Britain, Spain, and the United States.

The Fort St. Joseph Archaeological Project in the Department of Anthropology at Western Michigan University operates archaeological excavations of the area each summer.