St. Vincent De Paul Roman Catholic Church was the third Catholic parish organized in New Orleans in 1838 and a simple wood frame building church was constructed. In 1866, this red brick building was constructed in place of the wood church. Over the years since its creation, the parish was first a French language church, even as it incorporated English-speaking parishioners as it expanded. English was not used as the main language of the parish until the late 1880s and by then German parishioners were included. Hurricanes Katrina and Rita heavily damaged the the building, with repairs completed since then. 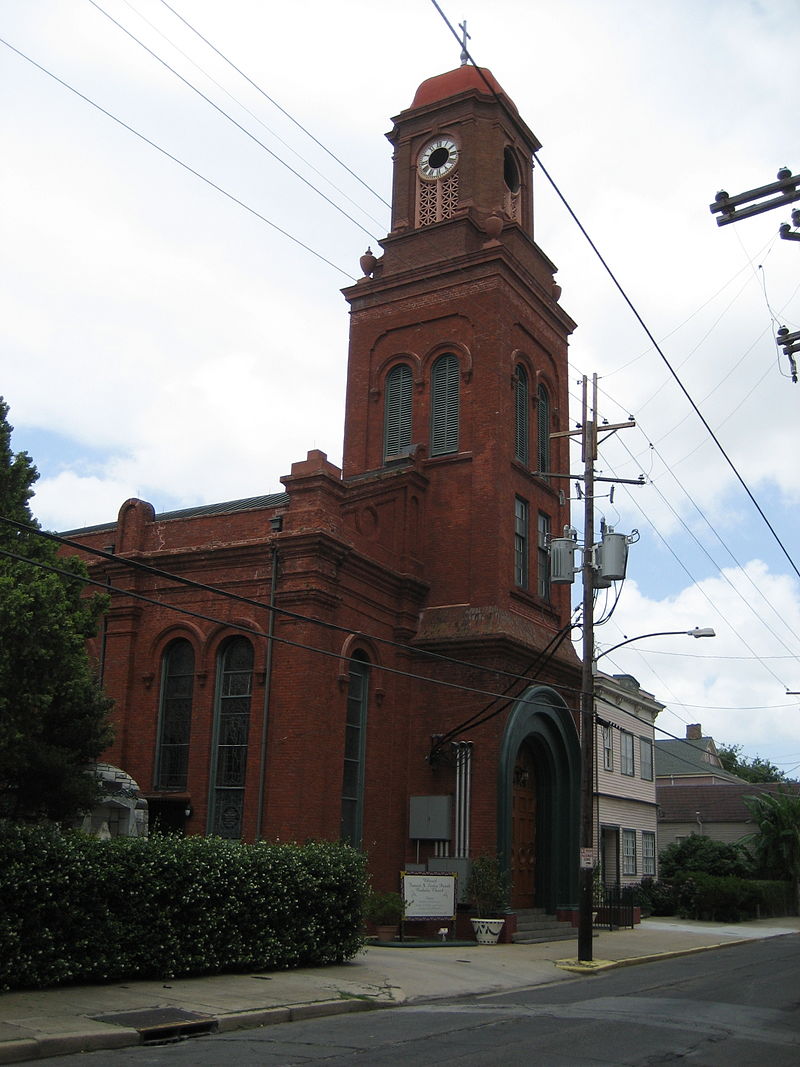 Interior of the church, facing organ 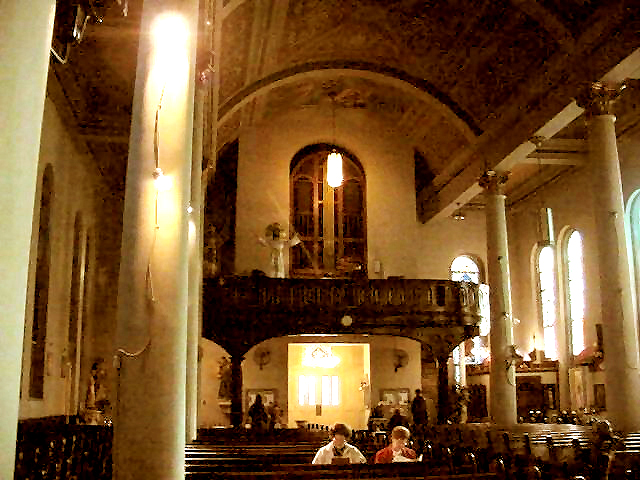 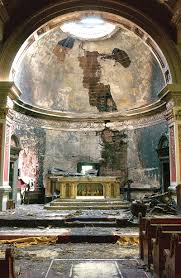 St. Vincent De Paul Roman Catholic Church is a church in New Orleans listed on the National Register of Historic Places. The parish was founded in 1838 as the third parish in the city. The original parish boundaries intersected those of St. Louis Cathedral, New Orleans and served the French community. In fact, the French tradition was so strong that sermons were not given in English until the 1880s. In later years, its parish boundaries overlapped the boundaries of Holy Trinity Church, which served German residents. The church was originally housed in a wood frame building built in 1838. In 1866, a red brick building was built, in the basilica plan, and the original frame building became a school. The church added a clock tower in 1924.
Edward Ripoll, the original owner of Bud Rip's Bar in New Orleans and a Republican member of the Louisiana House of Representatives from 1984 to 1988, organized a golf tournament in the 1980s to help with repairs to St. Vincent de Paul and to assist surviving families of police officers killed in the line of duty.
In 2001, as part of a study of parish facilities, the Roman Catholic Archdiocese of New Orleans announced that five parishes in the area would be merged into one parish. Annunciation, St. Cecilia, St. Gerard (a parish for the hearing-impaired), Sts. Peter and Paul, and St. Vincent De Paul were merged into a new parish, Blessed Francis Xavier Seelos. The new church was located in the church and facilities of St. Vincent De Paul. On May 25, 2003, the building was severely damaged by a fire. The main altar was destroyed, along with several murals and the sacristy. As part of the repairs, the former altar from Sts. Peter and Paul Church was moved to Blessed Seelos Parish, along with the pulpit from St. Cecilia. Hurricanes Katrina and Rita caused further damage to the nearby St. Gerard Center (the former Motherhouse of the Sisters of the Immaculate Conception), forcing the church to replace the roof.

"A History of the Archdiocese: Into a New Millennium". Roman Catholic Archdiocese of New Orleans.