This three story building was built around 1950 and served the community of Gauley bridge as a high school until 2005. Today it is a community center. The public can use the auditorium and gym for classes and events. There is also a large collection of high school and town memorabilia on display.

1950 yearbook. Note the name Gauneka, this refers to 3 local rivers. The Gauley, the New , and the Kanawha. 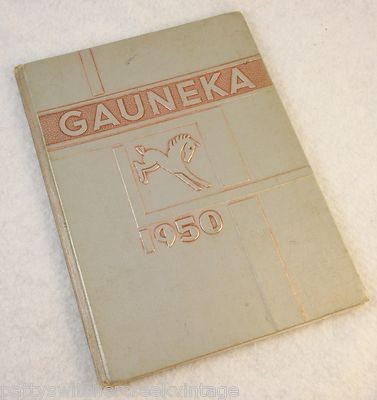 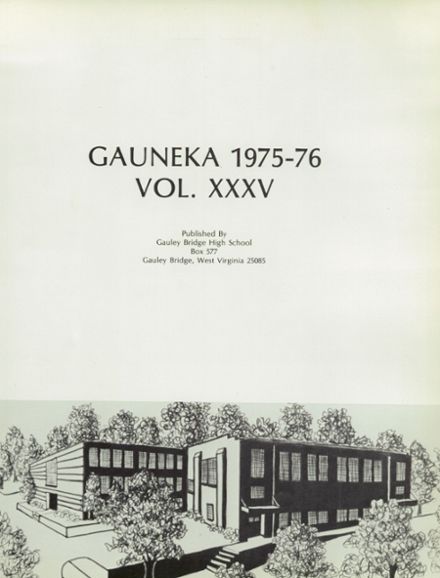 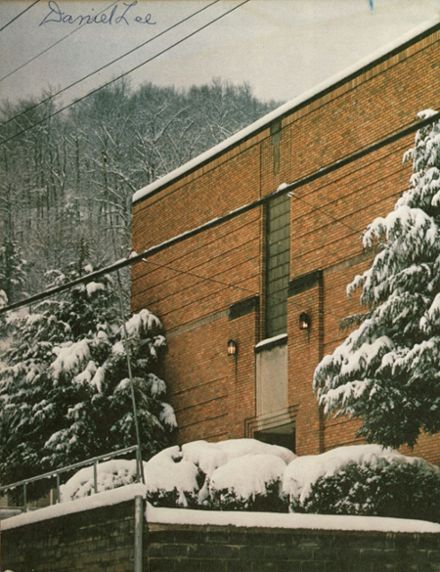 Photo taken from the 1975 yearbook. 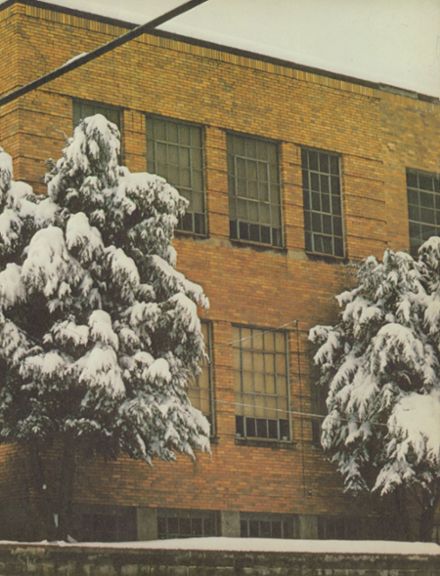 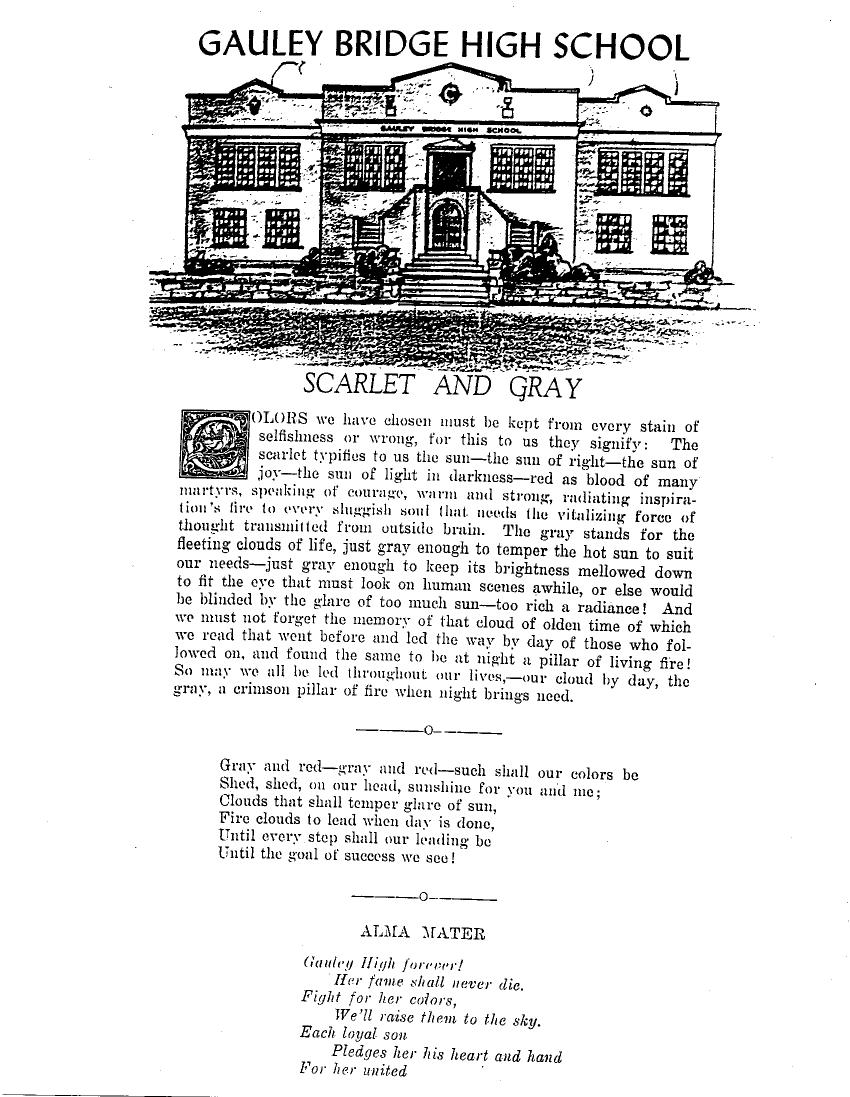 The Gauley Bridge community center opened its doors in the fall of 1950 as the new Gauley Bridge High school.1   The building is yellow brick, with three stories and a basement. The building boasts a large gym and auditorium. This building was built to house the growing number of students using a smaller building across the street.  The school's final year was in 2005 and only 25 students graduated.
Students of Gauley Bridge High were referred to as the Travellers.  Their mascot is a reference to Robert E. Lee's horse Traveller.  In the gym there is a large mural of Lee on his horse.
The Gauley Bridge High School year book is named Gauneka after three local rivers, the Gauley, the New, and the Kanawha.  Located one mile from the building, the Gauley and New meet to form the Kanawha River.
Today the building is referred to as the Gauley bridge Community center.  It is open year round.  Exercise classes and various entertainment are offered to the citizens of Gauley Bridge.  The building can be rented out for special occasions and church services.  Several of the old classrooms house collections of memorabilia from the high school.2  Upon request, visitors may view class rings from the 1920s and 1930s

Open year round and upon request from the town hall.