Washington Hebrew Congregation has grown from humble beginnings in 1852 with 21 members to 2,800 members today. As such, it is one of the largest Reform congregations in the country. The current synagogue was built in 1955 and its cornerstone was laid by President Harry Truman in 1952. Various events are held here in addition to religious services, these include interfaith services, lectures, concerts, and weddings. The congregation also operates a Julia Bindeman Suburban Center, which was built in 1973 to accommodate the needs of members who live further out in the suburbs. The congregation also two cemeteries, Memorial Park created in 1873 and the Garden of Remembrance. 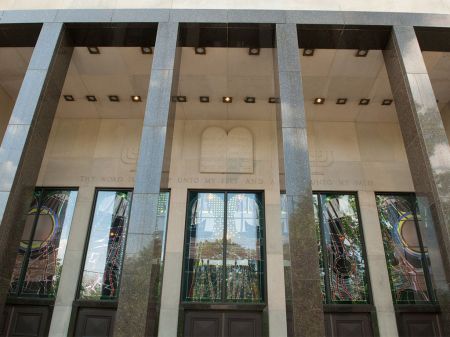 Kaufmann Sanctuary, which can seat over 2,000 people. Washington Hebrew Congregation. (Image reproduced under Fair Use.) 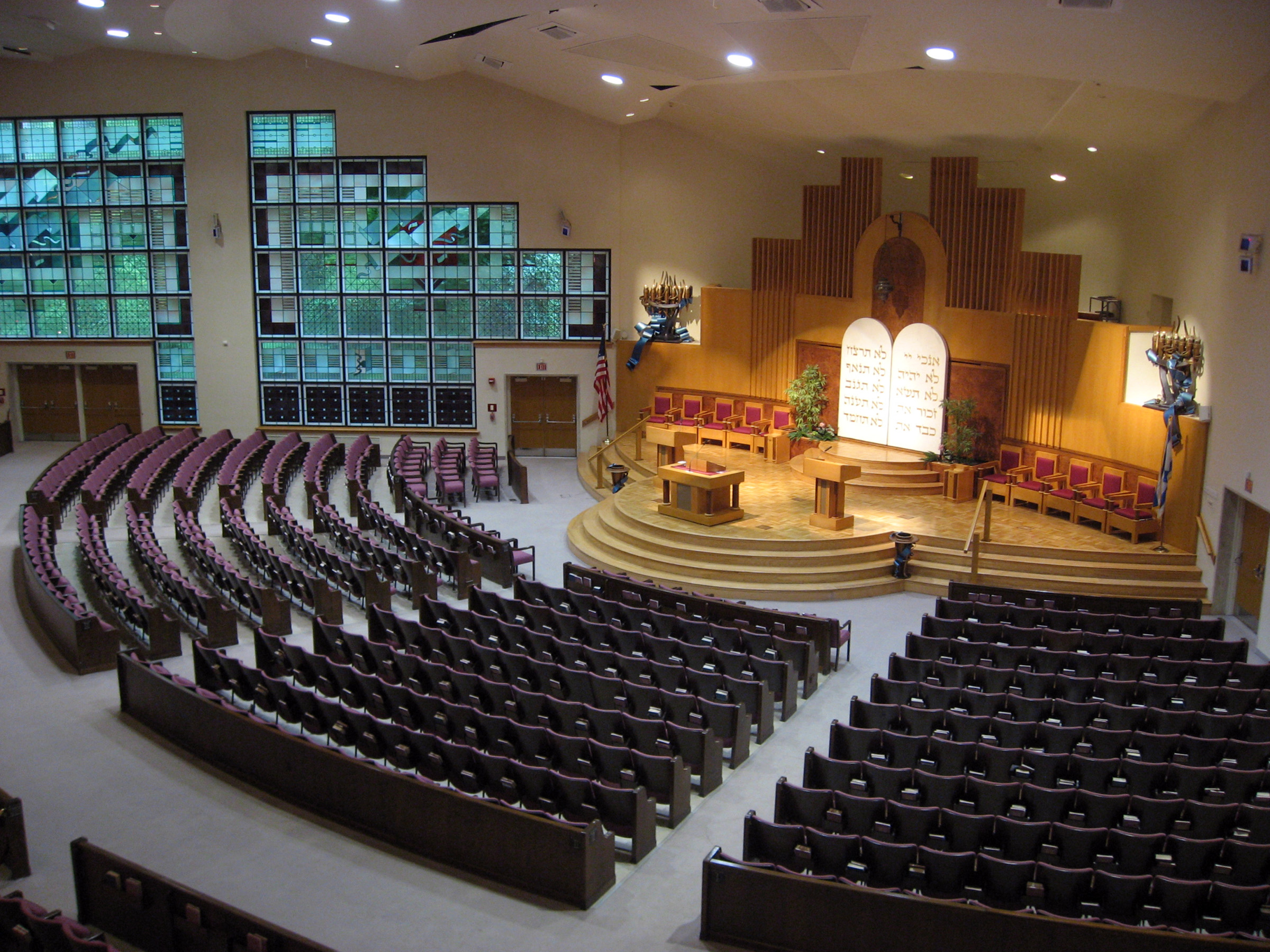 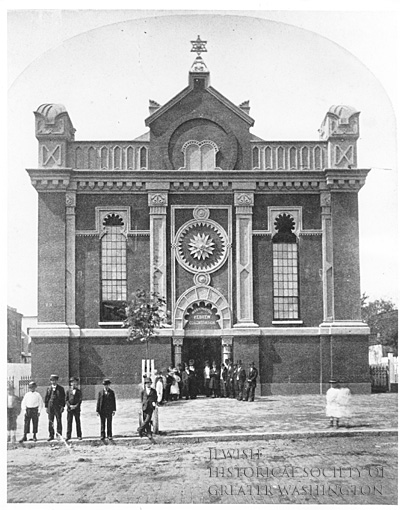 The founding 21 members of the congregation were German immigrants who gathered in 1852 to worship in a home on Pennsylvania Avenue. It was the first Jewish institution in the capital city. Unsure of whether they would be denied the right to own property as a Jewish congregation, the group petitioned Congress for incorporation. In 1856, President Franklin Pierce signed "An Act for the Benefit of the Hebrew Congregation in the City of Washington," which granted the Jewish congregation the same rights as a Christian one.

The congregation purchased a former Methodist Church to use as a synagogue in 1863, at 8th Street and I Street NW, in a retail section of the city where many congregants lived and worked. To architecturally establish the building as a synagogue, the congregation added a depiction of the Ten Commandments and a Star of David to the façade. Traditions merged with new practices like the introduction of German and English into worship services and the addition of an organ in 1869. During this decade the congregation made the transition from Traditional to Reform Judaism. The latter change prompted some members to form an Orthodox congregation, Adas Israel. Just before the turn of the century, the growing congregation erected a new temple on the same site. President William McKinley laid the cornerstone. Architects Stutz & Pease designed the new synagogue in the Byzantine-Romanesque Style, then popular in both Germany and the United States. This building is now the Greater New Hope Baptist Church.

A shift in the neighborhoods where members of the congregation lived led to the selection of a site on Macomb Street for a new temple. Real estate developer Moris Cafritz donated the land for the new synagogue, and Ring Engineering Company designed the building. Another president, Harry S. Truman, laid the cornerstone for the current temple in 1952 and the congregation began using this building in 1955 with a dedication from President Dwight D. Eisenhower.

The temple added the 300-seat Albert and Shirley Small Chapel in 1990, designed by Lou Bernardo of CHK Architects.