The Beinecke Rare Book and Manuscript Library, designed by Gordon Bunshaft and constructed between 1960 and 1963, houses thousands of Yale's manuscripts and rare books. Bunshaft chose his building materials carefully, incorporating marble, granite, bronze, and glass. The exterior comprises square blocks of marble encased in a gray granite grid. Each marble panel is only 1.25" thick, allowing outside light to penetrate. Seen from the inside on a sunny day, the walls appear to glow. In the center of the building stacks of some 180,000 books are encased in glass. Other materials are stored underground. While the Beinecke is an active research hub for many scholars and students, it also offers exhibitions for visitors on the mezzanine level. 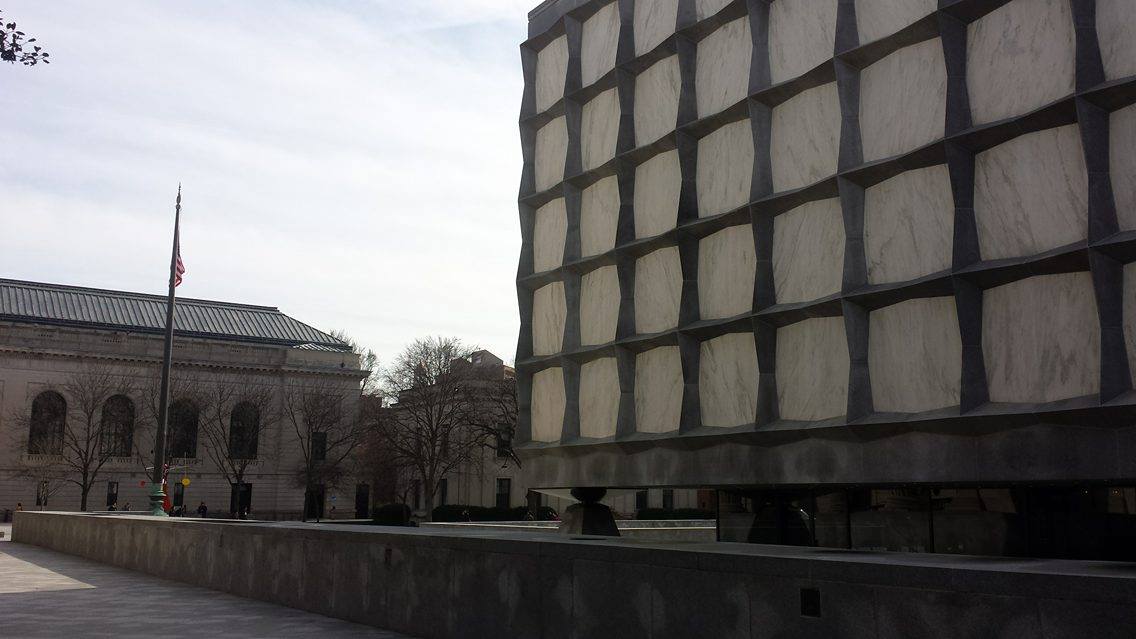 Inside the Beinecke: the space is partially lit by natural light filtering through the marble walls. (source: Burt Westermeier) 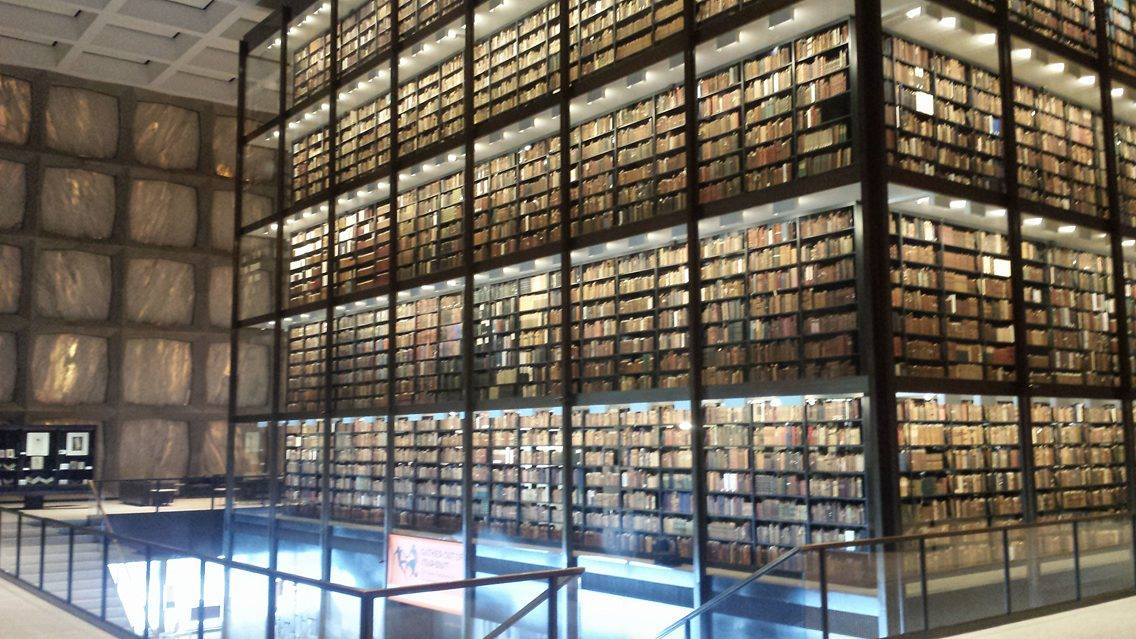 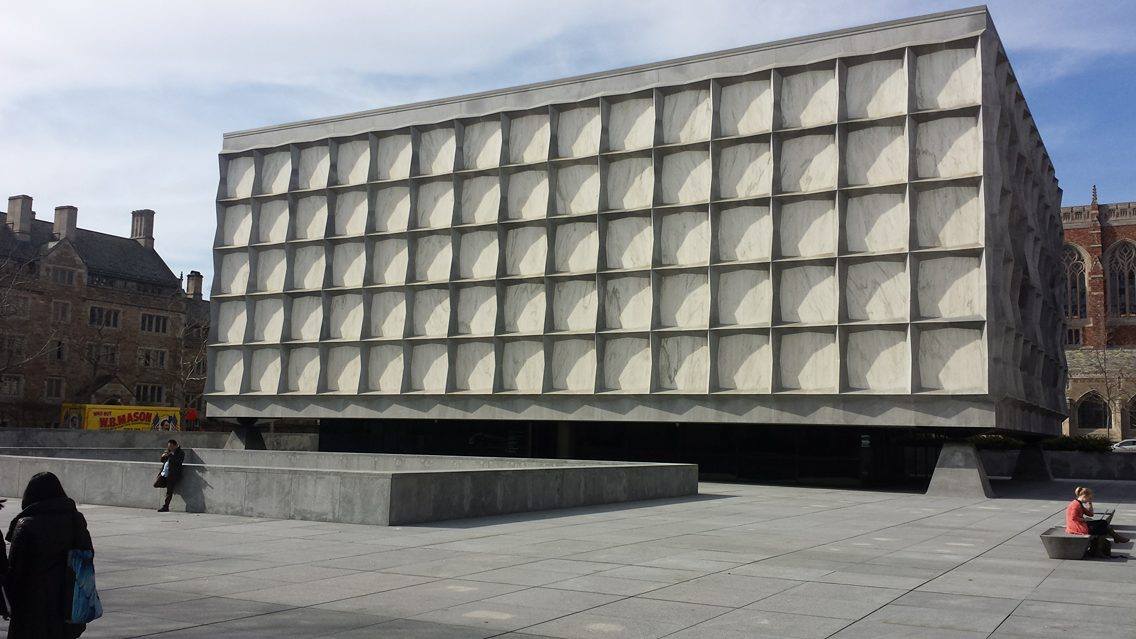 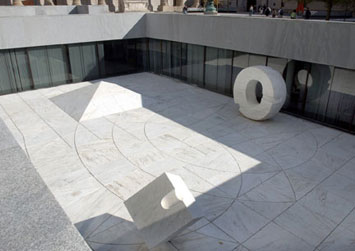 The library is named after Edwin and Frederick Beinecke, brothers and Yale alumni who donated funds for the Beinecke’s construction. Although the building itself dates to the 1960s, Yale’s manuscript and rare book collection has a much longer history, going back to 1701, the foundation of the College. The ministers who founded Yale donated books to start the library, which gradually expanded thanks to additional donations over the following decades. Yale now owns well over a million manuscripts and volumes.

Famous holdings include a Gutenberg Bible and Audobon's Birds of America, both permanently on display on the mezzanine. Its most mysterious manuscript is undoubtedly the Voynich: an encrypted late medieval work written in an unknown script in an unknown language, containing numerous illustrations of plant life and medicinal herbs, human figures, and various astrological drawings.

Many Beinecke holdings have been digitized and can be viewed online through the library's website.

The Garden, a sunken courtyard area on Beinecke Plaza, was designed by Isamu Noguchi in 1963. Made of pale Vermont marble, it features a circle (symbolizing the sun), a pyramid (symbolizing the earth), and a cube (symbolizing chance). The simple design is meant to evoke a Japanese Zen garden and encourage studious contemplation, as befits its location next to the Beinecke reading rooms.