Fort Macomb is a 19th-century United States brick fort in Louisiana, on the western shore of Chef Menteur Pass. The fort is adjacent to the Venetian Isles community, now legally within the city limits of New Orleans, Louisiana. This community was some miles distant from the city when first built and is still distant from the main developed portion of the city.The fort was operational for 50 years, seeing brief action during the Civil War as Union forces began their conquest and occupation of New Orleans. Ruins of most of the fort remain today.

Exterior of the Fort Macomb ruins 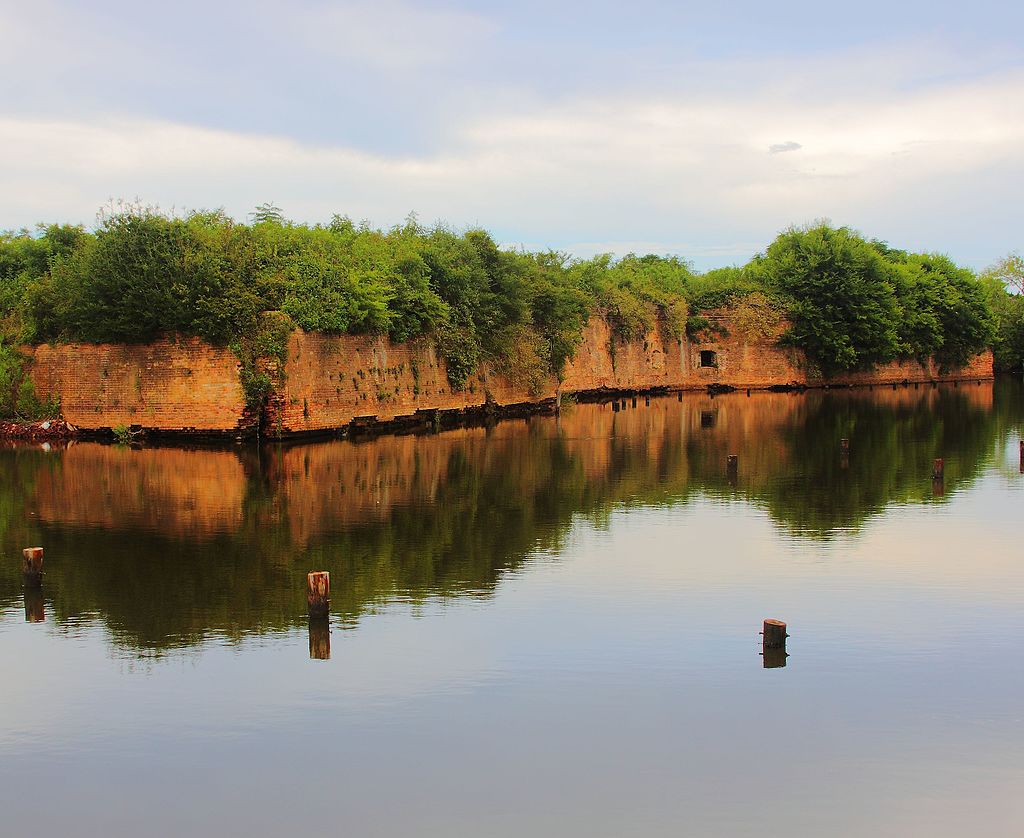 Ruins as seen from interior 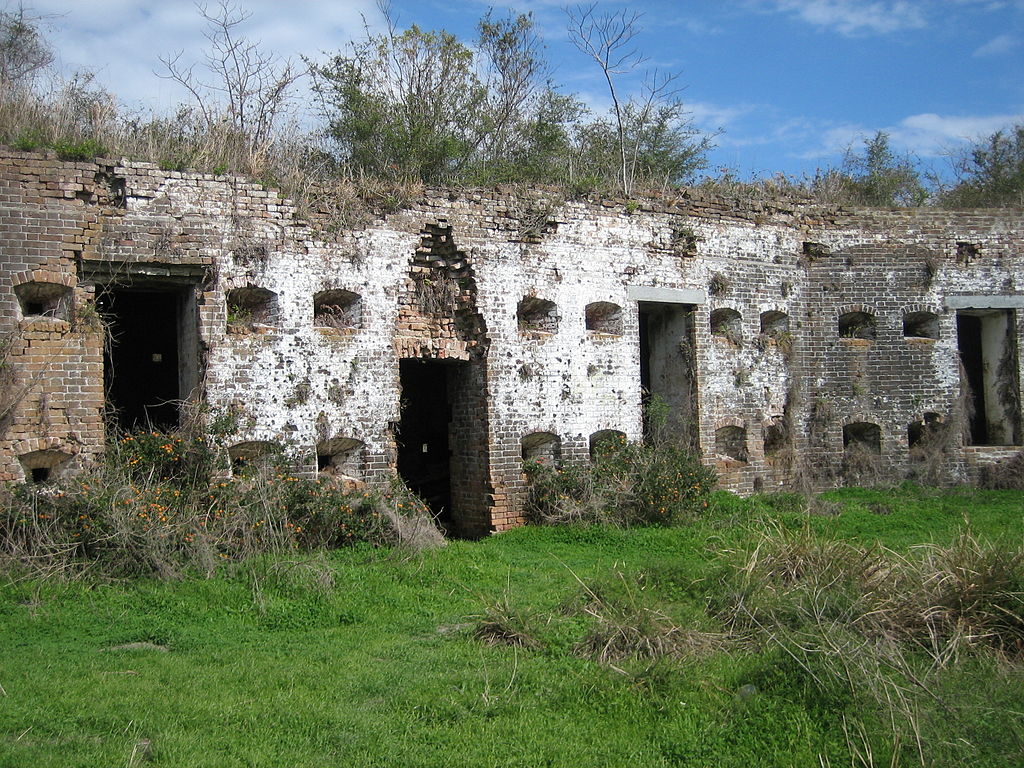 One of the archways of Fort Macomb 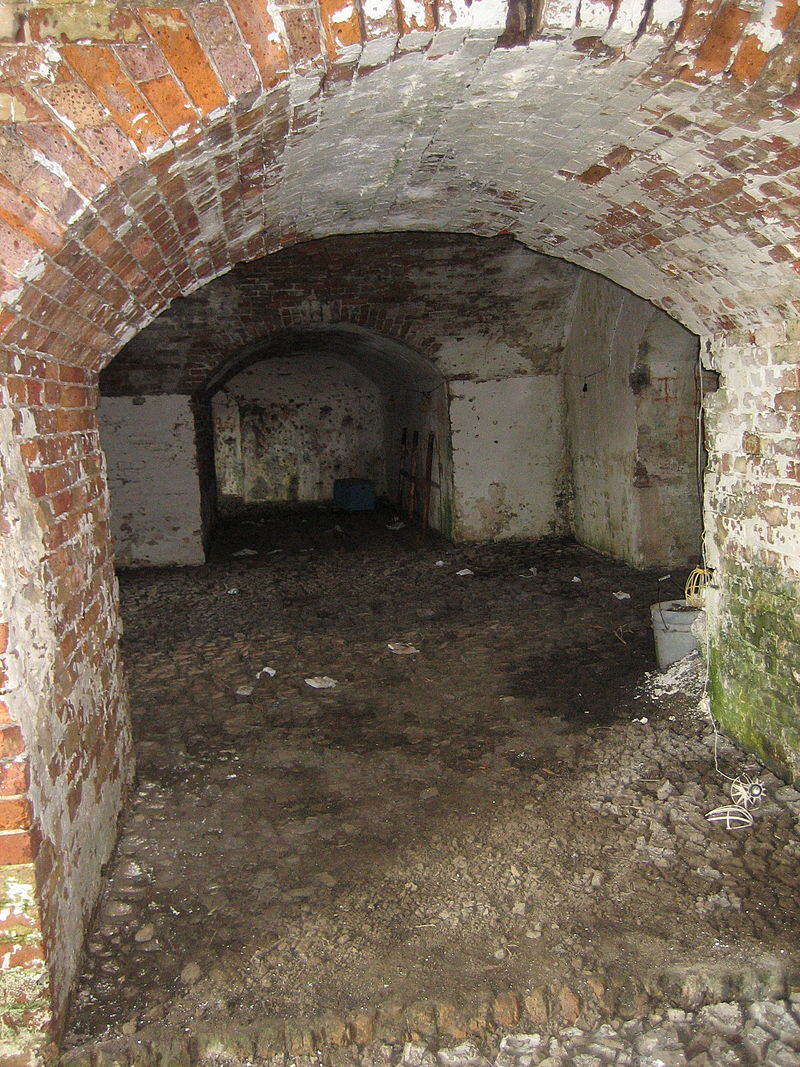 Chef Menteur Pass is a water route from the Gulf of Mexico to Lake Pontchartrain and the lakeshore of New Orleans. (The other route is the Rigolets; both straits connect Pontchartrain to the Gulf via Lake Borgne.) An earlier fort at the site was called Fort Chef Menteur.
The United States built the current brick fort in 1822, just seven years after British forces invaded the New Orleans area from the sea, at the close of the War of 1812. It was named Fort Wood in 1827 renamed Fort Macomb in 1851, for General Alexander Macomb, former Chief of Engineers and the second Commanding General of the United States Army.
The small fort shaped like a pie wedge has a curved front facing the channel; the curve overlaps the two straight walls, forming demi-bastions. At the salient of the two straight walls is a full bastion facing landward. The fort was surrounded by two wet ditches (moats) with extensive outworks between the ditches. On the parade of the fort stands a citadel, a defensive barracks.
A Confederate States Army garrison took control of and occupied the fort starting on 28 January 1861 early in the American Civil War. In 1862 the Union Army regained control of the fort and also occupied New Orleans. In 1867 the barracks caught fire, after which the fort was largely abandoned by the U.S. Army. It was decommissioned in 1871.

The fort and its land are now owned by the State of Louisiana. While some efforts were made to open it to limited tourism in the late 20th century, the decaying condition of the fort was judged too hazardous for public visits. The similar but better preserved Fort Pike, some 10 miles away at the Rigolets, is the regional coastal fort that is open to visitors.

A portion of the fort's old moat had been turned into a canal as part of a small marina. The wakes from incoming and outgoing boats were wearing away the outer wall of the fort and accelerating the structural damage. Hurricane Katrina destroyed the marina in 2005. The fort is now protected by riprap. It needs structural stabilization to reverse the previous damage.