Postcard of the Education Department building from the early 1900s. 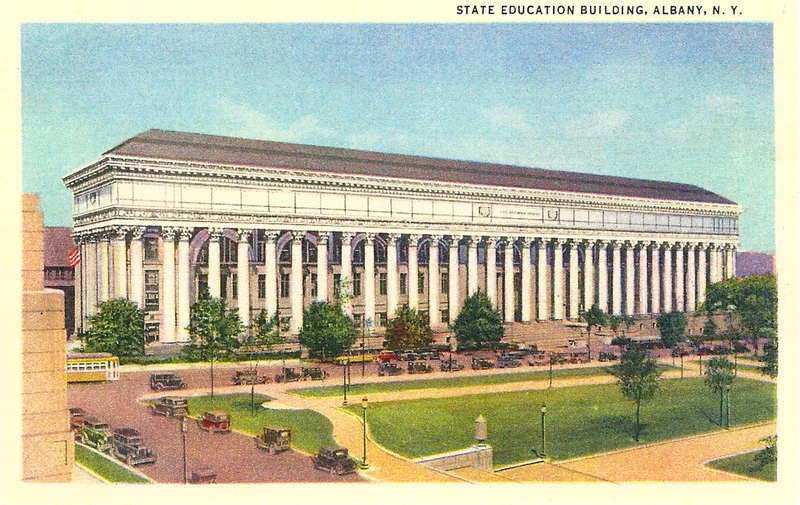 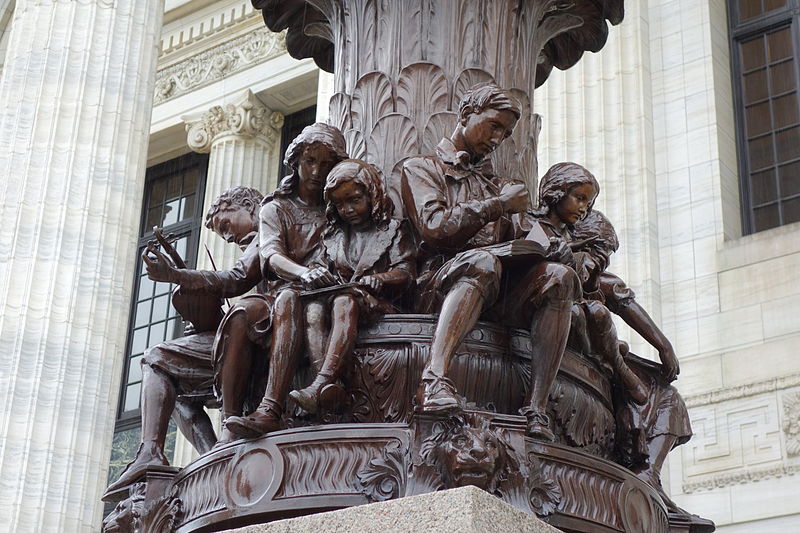 New York City architect Henry Hornbostel designed the New York State Education Department Building to be a place that was representative of serious scholarship. In part, this was because it was one of the first buildings in the nation constructed to be used for the administration of education. The building cost nearly $4 million and the construction was done by the firm of R.T. Ford and Co. based in Rochester, NY.
Hornbostel had studied at the Ecole des Beaux-Arts in Paris and was inspired by what he had seen and learned there. The building's neoclassical design was probably also influenced by the 1893 World's Columbian Exposition, held in Chicago. The columnns are made from Vermont marble.The electroliers on either end of the steps were designed by Charles Keck and show children engaged in various types of activities.
When the Empire State Plaza construction was finished in 1976, the New York State Museum and the New York State Library moved to  a new location in the Cultural Information Center at the far end of the Plaza. Today the building holds only the Department of Education.