The Rehoboth Church was constructed in 1786 by Methodist pioneers, newly separated from the Church of England, on land donated by Edward Keenan. It is the oldest known Methodist Church west of the Shenandoah Valley. Following its dedication by Bishop Francis Asbury in 1788, Rehoboth would become a center of the Methodist Church and would see constant use for nearly a century afterwards. The building has gone through several restorations and a museum has been built on site. It was added to the National Register of Historic Places in 1974. 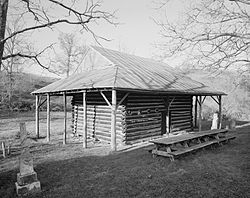 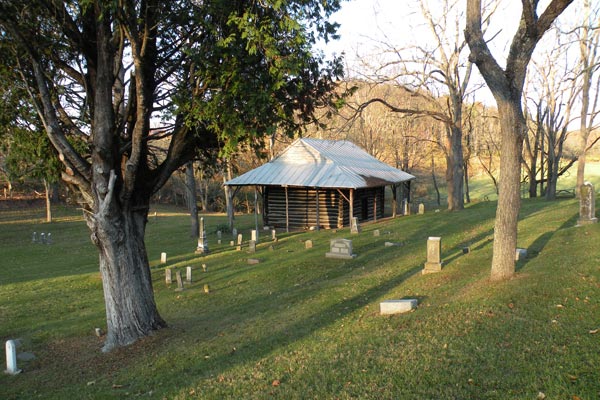 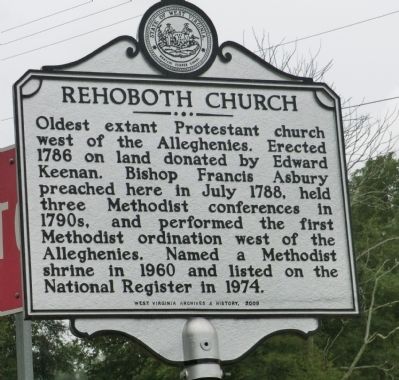 Rehoboth Church was built in 1786 by Methodist pioneers, who themselves had arrived in the area in 1784. The Methodist Church was, up until that point, considered a part of the Church of England, rather than a separate group. Rehoboth was dedicated in 1788 by Francis Asbury, the first bishop of the Methodist Church, who had been dispatched from England by John Wesley, the founder. Following the dedication ceremony, Asbury would return five more times to host conferences and to preach between 1790 and 1797.

The church building, as it was in 1786, was a log building of about six hundred square feet. While it was small, it was still larger than many houses in the area. The land it sits on was donated by Edward Keenan, a Roman Catholic who sympathized with the Methodist church. Being built out of simple logs, the church deteriorated over time. Restoration efforts were started in 1927, which reinforced the structure. Further efforts in 1930 had the entire building covered with a tin roof, which still stands today.

The Rehoboth Church is no longer in use for regular services, though it is occasionally used for special events. It is recognized by the Methodist Church as a National Methodist Shrine and was added to the National Register of Historic Places in 1974. As of 2012, Rehoboth Church has been standing for two hundred and twenty-six years, making it the oldest standing church in West Virginia.