The Friendship Trail Bridge was originally entitled, "Gandy Bridge" due to its location on Gandy Boulevard. There were many obstacles that this bridge faced, which resulted in an enormous amount of construction. The first version of this historical site was originally built in 1924 by George Gandy, Sr. There were many new versions of the bridge in the years to come.

The bridge as it exists today. 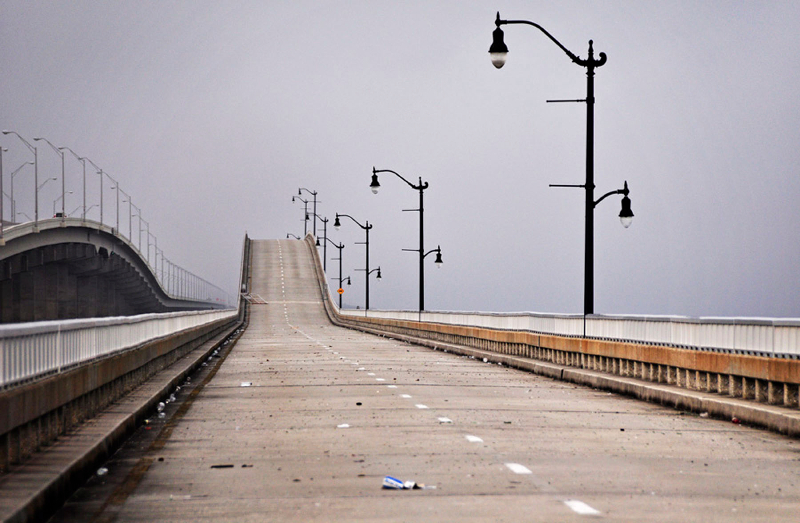 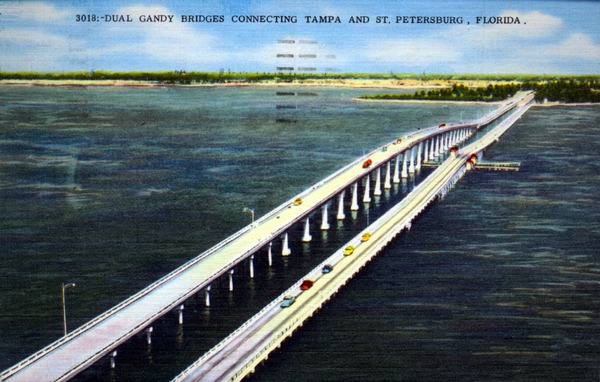 Eventual park location beside the bridge. 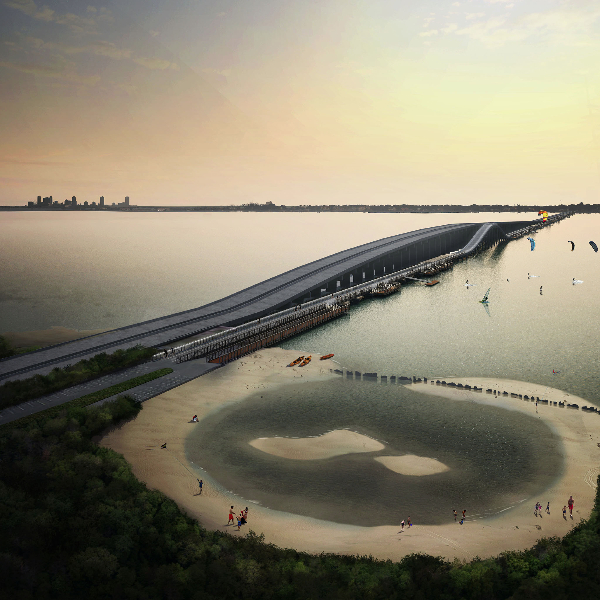 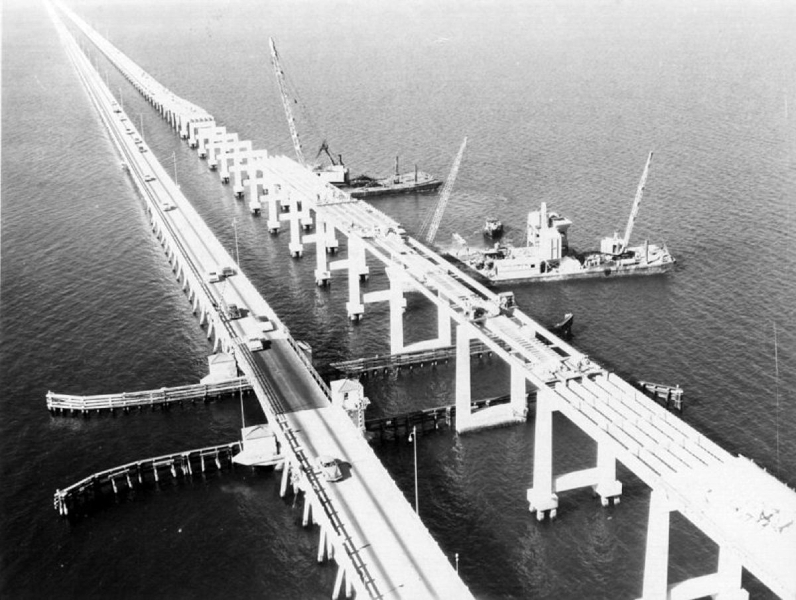 Tourism on the bridge. 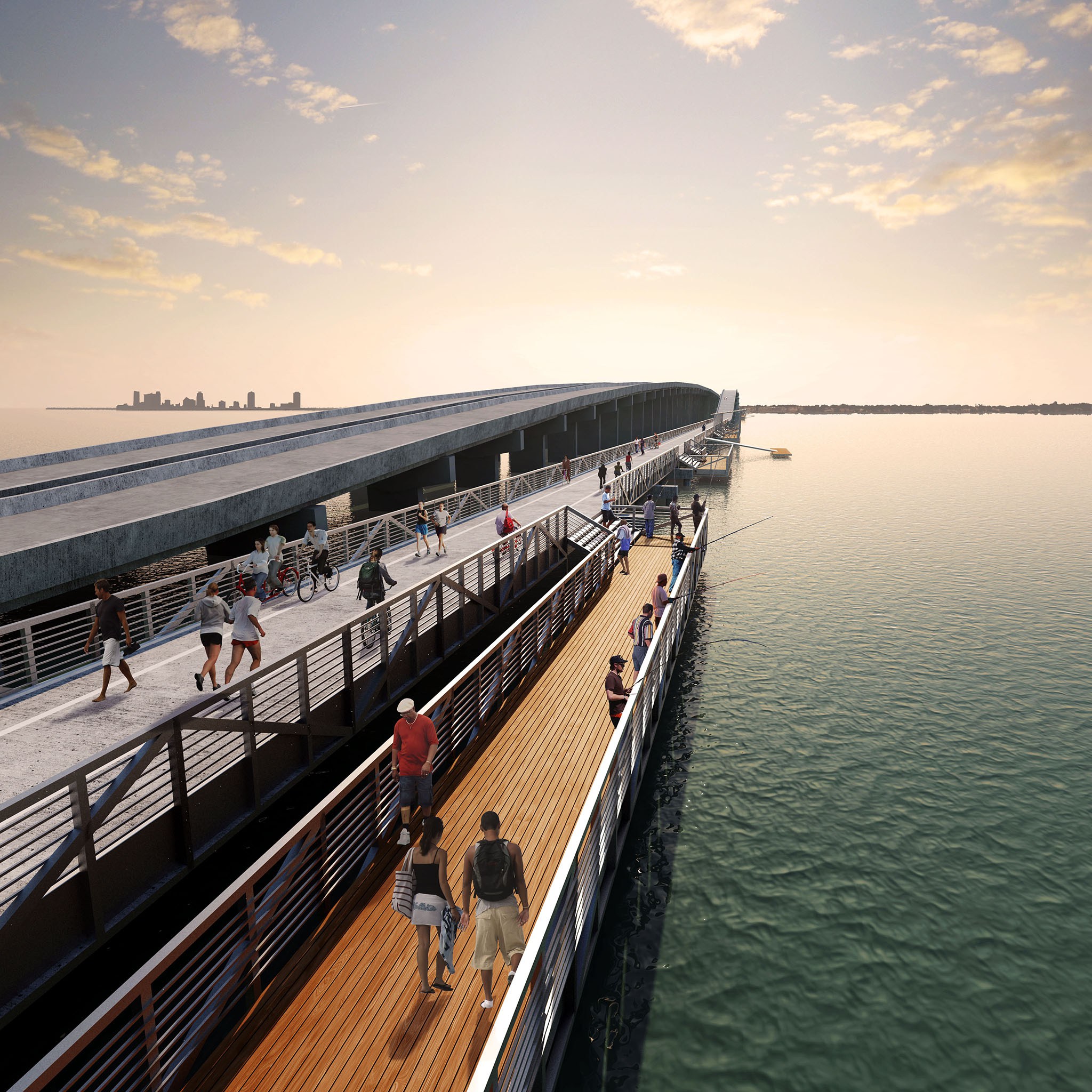 As previously stated, the Friendship Trail Bridge (formerly known as the Gandy Bridge) was first constructed in 1924. To initially build the bridge, it cost a grand total of approximately three million dollars. It expanded from Tampa Bay, Florida all the way to St. Petersburg, Florida.
H. Walter Fuller began his plans to build the bridge in 1910 and soon, partnered with George Gandy, Sr. Due to the economic restraint associated with World War I, the government mandated that any project that cost more than $250,000 needed permission from the War Industries Board. However, Fuller and Gandy tried to get permission for this construction, but was denied by the War Industries Board. So, in response, Gandy decided to continue his pursuit of the bridge architecture single-handedly.
Gandy began initiating monetary agreements with Eugene Elliott and received enough money from stocks to purchase the bridge. The bridge itself maintained a length of two and a half miles, which was recognized for being the most lengthy vehicle toll bridge in this era. When it was first opened on November 20, 1924, it charged $.75 per car and $.10 for extra passengers; this toll terminated in April 27, 1944 due to Franklin D. Roosevelt's command to end toll collection. Much to Gandy's surprise, the federal government granted a total of $3,383,642 to Gandy for his bridge efforts.
Unfortunately for Gandy and the surrounding community, the bridge was ordered to shut down in 1975 due to financial and size allegations. It is said that on December 12, 1970 that a barge passed under the bridge and the top of it struck the bridge and caused a crack in the foundation. Senator Raymond Sheldon proclaimed that the bridge was too tight and there was little to no room for multiple cars to travel at one time. In 1956, a second edition of the bridge was built and it was considerably higher than the previous version.
The Florida Department of Transportation declared that the bridge was to close again if specific repairs were not made soon. They threatened to destroy the bridge if it was not significantly repaired, so members of the society rallied against the proposal. In response, the FDOT allowed for a reopening of the bridge on December 11, 1999 when its name was changed to the Friendship Trail Bridge.
On November 6, 2008, the bridge was permanently shut down due to major issues with the safety of passengers and decaying portions of the bridge itself. To fully repair the bridge would mean a large deficit-close to thirty million dollars- to fix all necessary issues. In April 2011, the Hillsborough County Commission gave community members a thirty-day allowance to initiate a financial plan for repairing the bridge before the government would tear down its entirety. The citizens were not able to come up with a viable plan and, therefore, the bridge was demolished.
There were two more versions of the Gandy Bridge. The third version was opened to the public on October 20, 1975. The fourth and last version of the bridge was built by December 21, 1996 that substituted the failing sections of the bridge. The Friendship Trail bridge reopened in 1999 and approximately 600,000 citizens and tourists use it per year by cycling, running, fishing, etc.