Mother Church of Christian Science in Boston stands at the intersection of the South End, Fenway, and Back Bay neighborhoods. This beautiful domed building features a glass-like reflecting pool that runs along the building and its Colonnade and a fifteen acre plaza. The plaza and the pool were designed and built in 1972 by renowned architects including I.M. Pei & Partners and Araldo Cossutta.

A part of the Reflecting Pool with the Prudential Center in the background. From: https://www.bostonglobe.com/opinion/2013/01/29/redevelopment-christian-science-plaza-needs-replicated/QjfYmb4ZGUztgbbgypUozM/story.html 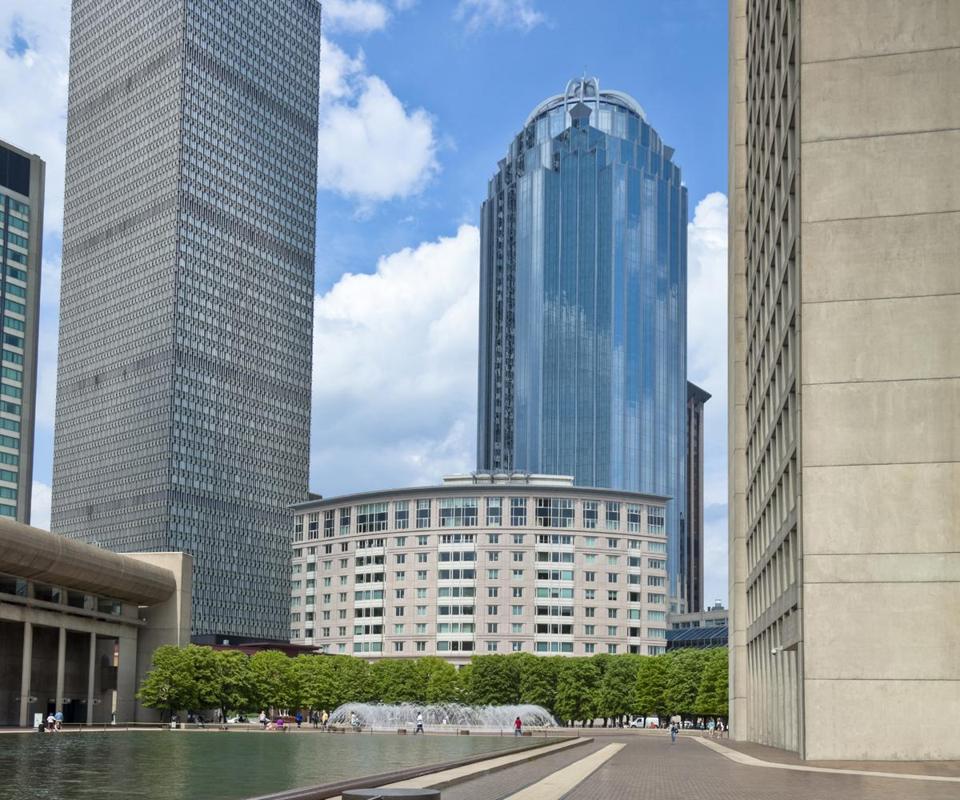 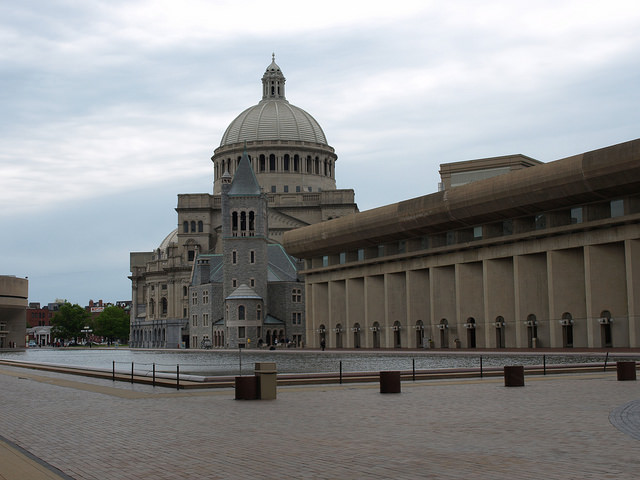 The entire plaza encompasses nearly fifteen acres and is home to the Reflecting Pool, the Mother Church, a publishing house (which includes the Mary Eddy Library), a Sunday School building (also called "Refection Hall"), and the Colonnade.In 2006, the Church reported plans to update the plaza and consolidate their staff and operations. Offices were moved from the former administration building to the publishing house in 2008, so that the church could lease out the available office space in the 28-story tower. Several years later, redevelopment plans were halted due to a petition to declare the plaza a historic landmark.  The request was approved in 2011; therefore, no changes to the exterior of the plaza can be made without the consent of the City of Boston's Landmarks Commission.

Visitors can attend a host of concerts held at the plaza throughout the year, such as the bi-monthly "Pipes on the Plaza," a mid-day pipe organ concert. Chiming concerts (the ringing of the bells) can also be heard on the plaza. The Christian Science website lists the following times for Chiming concerts:
The Reflecting Pool is empty during the cold, winter months. By April, once it starts to get warm, the pool is filled with water. In late spring, the splash fountains near the Reflecting pool will be turned on for the children. There is no cost to families to use to the Splash Fountains.

Center: 9:00AM to 4:15 PM The Reflecting Pool can be visited any time. The Splash Fountain in the Plaza is open in the summer from 9AM to 9PM, weather permitting.